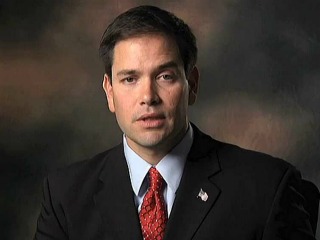 Politico’s Dylan Byers today looks into a Reuters piece on Florida Senator Marco Rubio that has warranted at least five corrections. And, apparently, the article — which was described as one source as a “disgrace” — is bad enough that its writer and editor have been asked not to discuss it.

Rubio’s staff reached out to the editors and the writer early yesterday, prompting Reuters to issue two corrections. But the Daily Caller’s Matt Lewis, who spoke with Rubio’s staff as well, wrote an item suggesting that there were at least seven errors or exaggerations that warranted mention, and Reuters ultimately issued three more.

The article — “Florida’s Rubio a star, but an unlikely VP pick” — had described Rubio as an unlikely pick for a GOP running mate due to his “financial issues” related to his home and student loans.

At the bottom of the page, the article includes a list of its corrections and changes:

Rubio’s spokesperson told Byers that it was “unfortunate that a story was posted with so much bad information,” but that Reuters’ “quick response was appreciated.”