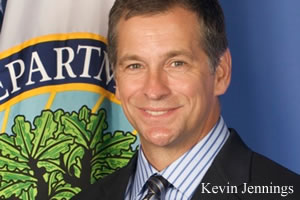 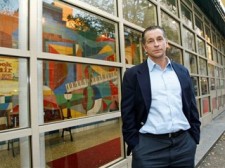 The smear is proceeding according to the echo chamber game plan, having been “submitted” by a Breitbart staffer, posted at Gateway Pundit, and promoted by Michelle Malkin.

The report consists of decontextualized descriptions of the books, like “One book contains a protagonist who goes around killing other men and sexually mutilating them, keeping pieces of their genitals as trophies.” (I made that one up, since the Bible isn’t on GLSEN’s reading list.) It then reproduces the offending passages in painstaking detail.

The biggest problem (of many) with this report is that it is premised on a bald-faced lie:

Mere descriptions on our part could not convey the emotional gut reaction one gets when seeing what Kevin Jennings wants kids to read as school assignments.

I checked GLSEN’s reading list, and I didn’t see where Kevin Jennings (who is no longer with GLSEN), or anyone from GLSEN, recommended any of these books as school assignments. I did see, on every book listing, this disclaimer:

All BookLink items are reviewed by GLSEN staff for quality and appropriateness of content. However, some titles for adolescent readers contain mature themes. We recommend that adults selecting books for youth review content for suitability. The editorial and customer reviews listed at Amazon.com often provide information on mature content.

Now, it’s possible that these “independent researchers” didn’t do much reading as teenagers, and don’t realize that this disclaimer could apply to many books that actually are required reading in schools. And to the Bible.

The good news is that this report isn’t about censorship: (emphasis mine)

And this is not about censorship: It’s about deciding what constitutes appropriate reading material for children. We’re perfectly OK with these books existing and being read by adults; we only start to worry when these books are assigned to children.

As I’ve said before, the work that Kevin Jennings and GLSEN have done has made our schools safer for all children. Consequently, the dishonesty and viciousness of the smears against them are doubly revolting when made in the name of protecting children.