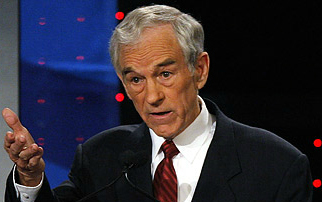 After describing why he thinks it’s silly to assume Romney’s election would be a cure-all, Ingraham pressed Rep. Paul on whether Romney would at least be “better” than the current president:

INGRAHAM: Would you disagree, then, with Giuliani and others when they say that there is no doubt Mitt Romney would be a better president than Barack Obama?

PAUL: Yeah, I think, marginally so.

He explained that it isn’t that Romney doesn’t necessarily have better ideas, it’s that historically changing parties never seems to truly change anything about how government grows.

“I think Romney would probably be better on the tax issue,” Paul surmises, but then explains how even though George H.W. Bush was supposed to be “good” on taxes — after all, he said “Read my lips: No new taxes!” — history unfolded otherwise. Paul did concede, however, that Romney’s Supreme Court picks would be more conservative, and thus potentially better than second-term Obama’s picks.

But Dr. Paul’s assessment is largely correct. It’s no secret that the two parties – once you cut through the partisan bickering – implement policy in a very similar fashion, regardless of who is in power. Ronald Reagan, the great “conservative” president, didn’t actually make big spending cuts. Government grows under both parties, and they both generally make a mess of foreign policy and civil liberties.

Heck, just look at look at health-care. The very policy known as “Obamacare” was instituted in a similar fashion by Mitt Romney, then-Governor of Massachusetts. (And hey, remember: the policy was pretty much conceived by Newt Gingrich and the conservative stalwarts at Heritage Foundation.)

There’s no better illustration of the futility of our two-party system than the famous South Park “Vote or Die” episode, in which voters choose between a “Giant Douche” and “Turd Sandwich.”

Check out Ron Paul on The Laura Ingraham Show below: