Rush Limbaugh: Media Wouldn’t Be Angry With Casey Anthony Verdict If She Had An Abortion 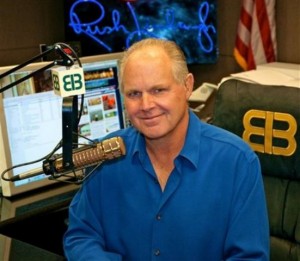 Leave it to Rush Limbaugh to find a way to turn the media’s outrage over Casey Anthony’s not guilty verdict into an indictment of the media’s overall leanings towards the pro-choice movement. Rush warns that “abortion is brutal” despite never being characterized that way in the media, and proceeds with a brutal suggestion, which he doesn’t think is a “cheap attempt at humor.”

Rush begins with confusion regarding why many cable news hosts are so angry at Anthony:

“What I don’t understand about it is they’re all card-carrying liberals. When does the death of a child bother them? I’ve never seen them get so upset over the death of a child. If the child had died – what – two years earlier in the womb this woman would be a star. She’d be a hero.”

Yet if some really can’t go over the fact that Anthony was not found guilty, then Rush offers a bit of advice to help them cope:

“You people in the media, if you really, really think she’s guilty and you want to feel better about this, just tell yourselves that she waited a couple of years to get an abortion and you’ll feel better.”

Often Rush might say provocative statements simply to get attention or to tweak some of his critics, yet this time he knows people might gasp at what he’s saying regarding abortion, but simply because there’s an element of truth to it.