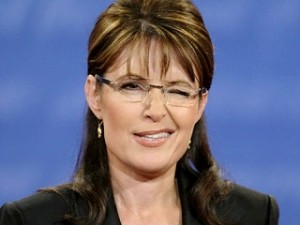 Former vice-presidential candidate Sarah Palin posted a Facebook note this morning to reiterate her Obamacare “death panel” claims, all in light of Thursday’s Supreme Court ruling on the plan.

–RELATED: Sarah Palin Responds to Her ‘Death Panel’ ‘Lie of the Year’ Award

Referring back to her 2009 post on the subject, Palin restated that Obamacare “did in fact create a panel of bureaucrats who have the power to make life and death decisions about health care funding.”

“As the economist Thomas Sowell has pointed out, government health care will not reduce the cost; it will simply refuse to pay the cost,” argued Palin. “And who will suffer the most when they ration care? The sick, the elderly, and the disabled, of course.” She went on to argue that she saw her son’s life in danger, and that Obamacare would produce an “evil” system:

The America I know and love is not one in which my parents or my baby with Down Syndrome will have to stand in front of Obama’s “death panel” so his bureaucrats can decide, based on a subjective judgment of their “level of productivity in society,” whether they are worthy of health care. Such a system is downright evil.

Palin singled out the Independent Payment Advisory Board (IPAB) for inefficiency and unrelenting price controls to keep costs down. She then called for Congress to take action against President Barack Obama‘s healthcare plan, especially if the Supreme Court avoids completely dismantling all of the plan’s provisions.

“Obamacare must go one way or another,” she ended.