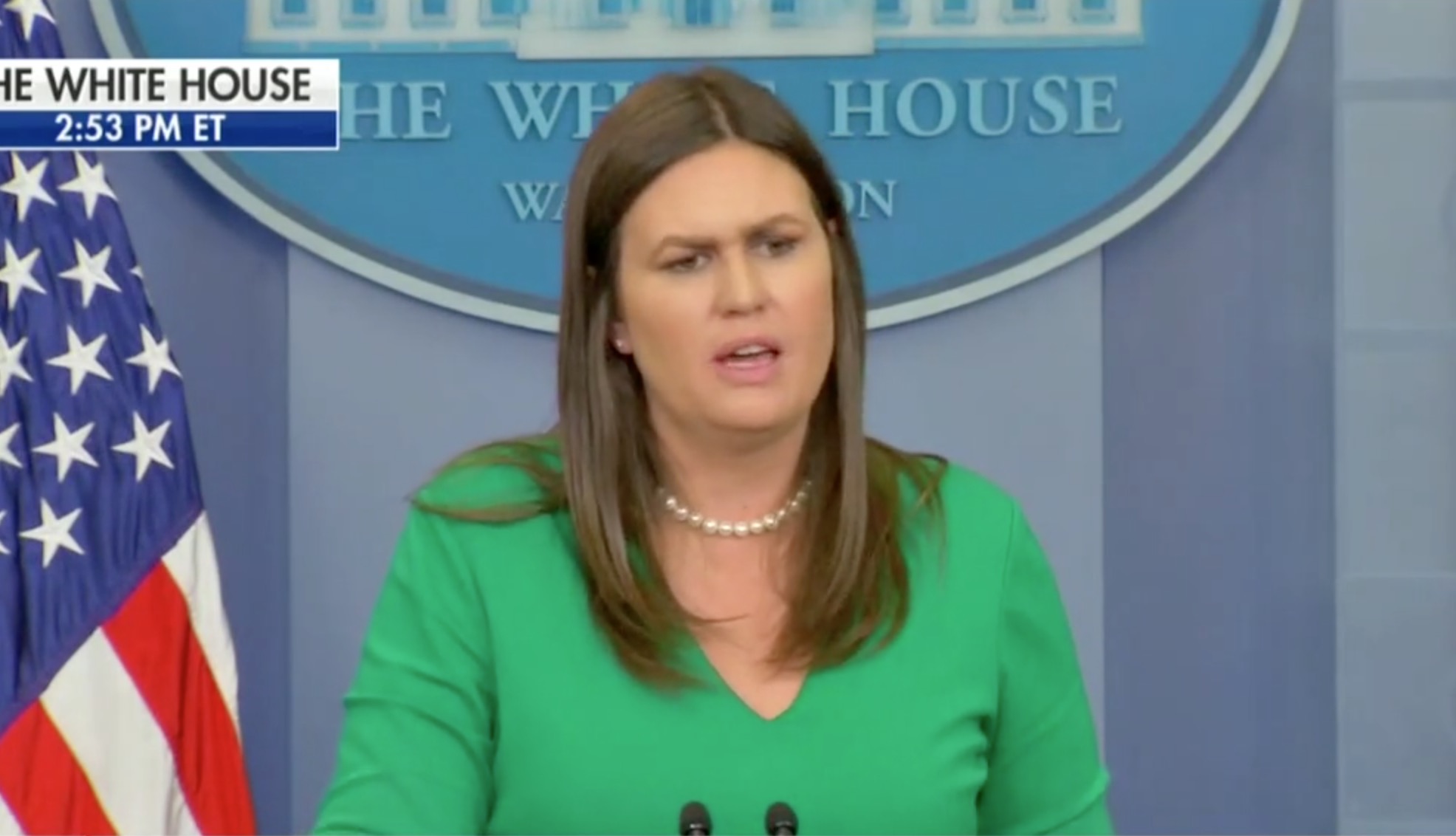 White House press secretary Sarah Huckabee Sanders put out a scathing statement in response to the intrigue over who was responsible for The New York Times‘ anonymous op-ed about the “resistance” within the Trump Administration.

Since its publication Wednesday afternoon, numerous political observers have tried to deduce the one who might have composed the piece. Trump denounced the op-ed, and now Sanders is likewise condemning the buzz over the “anonymous coward.”

Also, it seems she’s advising the public to bombard the Times’ phone operators if they really want to know who the “gutless loser” is. To make things easier for those who are inclined to follow her advice, Sanders took the extraordinary step of posting the phone number for the paper’s opinion desk.

For those of you asking for the identity of the anonymous coward: pic.twitter.com/RpWYPHa6To