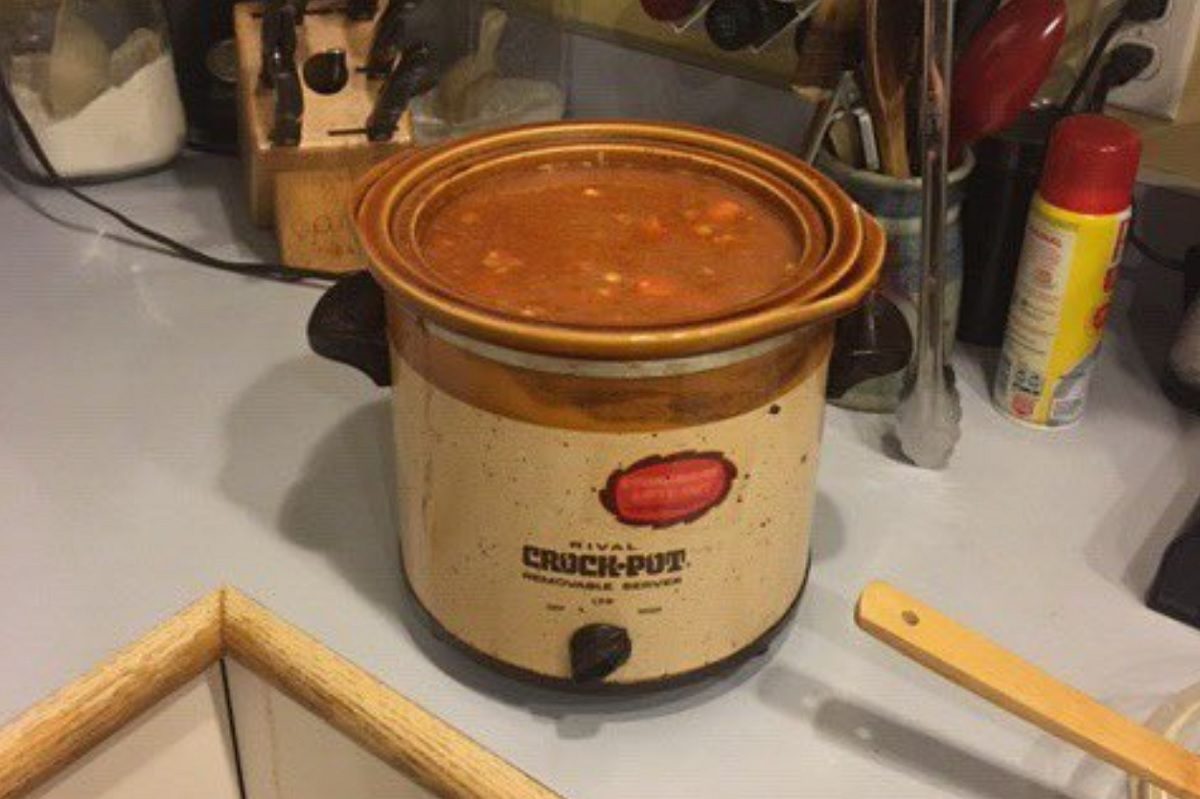 Virginia Senator and former Democratic vice-presidential nominee Tim Kaine tried to promote American kitchen staple the Crock-Pot®, but wound up triggering fans of the hit NBC drama This is Us.

It was a big weekend for Marshall’s/Home Goods Twitter. While Twitter was going crazy over towels, Kaine was sharing the dinner he cooked in a vintage Crock-Pot™, which is, apparently, hyphenated:

Little did Kaine know that to fans of This Is Us, a vintage Crock Pot is even more horrifying than Dana Perino‘s queso:

Please don’t put any towels near it or leave it unplugged. #poorjack @NBCThisisUs

Looking at this crockpot made me tear up and go “No Jack!” ????#Traumatized

For the uninitiated, Jack Pearson is the dead main character of the irksome and manipulative, yet addictive (don’t @ me!), NBC drama, and he was literally killed by an old-ass Crock-Pot. Yes, it is as stupid as it sounds, but is just one of the many absurd-yet-addictive plot twists that the show trafficks in.

In fact, people were so alarmed by Jack’s demise that Crock-Pot put out a tweet to try and reassure people that their brand is not a one-way ticket to a fiery death:

Jack was one of our favorites too! Don’t worry, you can still make your favorite comfort foods in your #CROCKPOT with confidence. We want to assure you we rigorously test our products for safety. DM us and we’d be happy to tell you more about our safety standards.

Jack’s death also coincided with a precipitous stock slide for the company that makes the slow cookers, but there were other factors at play as well. The week after the Crock-Pot fire was revealed, the show shot a promo referencing the episode, along with the hashtag #CrockPotIsInnocent.

Alas, while the model Kaine used likely was made in the USA, most slow cookers are now made in China. But they are safe, even for making queso.