Here’s Why Everyone is Tweeting About Towels

Here’s Why Everyone is Tweeting About Towels 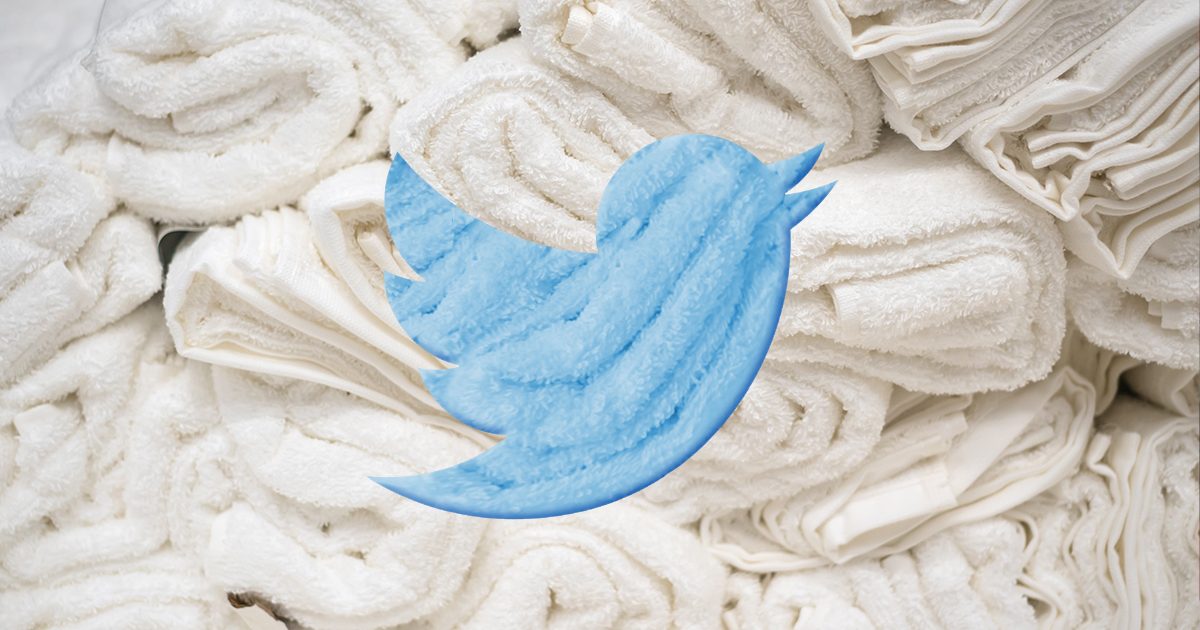 Twitter can be a strange place, which is why you woke up Monday morning wondering why your timeline was littered with posts about towels and/or lists of things that every couple should own. Here’s why.

It all started when Unrelatable Podcast co-host Abdul Dremali tried to crowdsource some advice about stocking his linen closet:

hello fellow adults. my gf and i have a question… what is the correct amount of towels to own? i said 10 and she looked at me like i was crazy. we have zero frame of reference on the appropriate amount of towels in a household of two.

Then, The Huffington Post’s Yashar Ali retweeted the post with his own ridiculous answer:

As a couple you should own a minimum of the following

The combination of subject matter and two accounts with six-figure follower counts resulted in a viral moment, as Ali’s response got intensely ratioed with replies from people alternately wondering where he could possibly store any of his non-towel belongings, and people learning more than they ever wanted to about towels, some of which Ali threaded with his original tweet:

20 wash cloths????? yashar. this is too many wash cloths. is this for the whole household?

What’s the difference between a bath sheet and a bath towel??

omfg i just now realized that my favorite towel is…. a bath sheet. what the hell pic.twitter.com/8AlcskNZYs

This is either the looniest thing you’ve ever tweeted or the closest I’ve come to understanding that I barely make it through the days and should just be grateful I’m still alive.

Is … is this a couple that regularly murders people and has to clean up a lot or?

This thread spawned a subgenre of tweets listing things that every couple should own a minimum of:

As a couple you should own a minimum of the following
10 untraceable bank accounts
10 passports from 10 different countries.
20 safe deposit boxes with duplicate lists of the names
10 memorized escape routes if server is breached

As a couple you should own a minimum of the following

As Lou Bega you should own a minimum of the following:

As a Fellowship, you should own a minimum of the following

Three Rings for the Elven-kings under the sky,
Seven for the Dwarf-lords in their halls of stone,
Nine for Mortal Men doomed to die,
One for the Dark Lord on his dark throne
In the Land of Mordor where the Shadows lie. https://t.co/H2cVLmA6WB

And then there were tweets critiquing the towel phenomenon:

Just so you know blue check journos: I’m screenshotting all your tweets about towels and if you ever try to make a run at anyone for their “privilege” I will be the ghost of your towel tweets. I will haunt you for the rest of your days. https://t.co/c3XjCw5nXw

I really don’t understand how this exploded this way. I don’t even care about towels, but somehow felt compelled to quote-tweet my own (spartan) towel situation.

And that’s how that happened. Now, please don’t ask Yashar for a queso recipe.