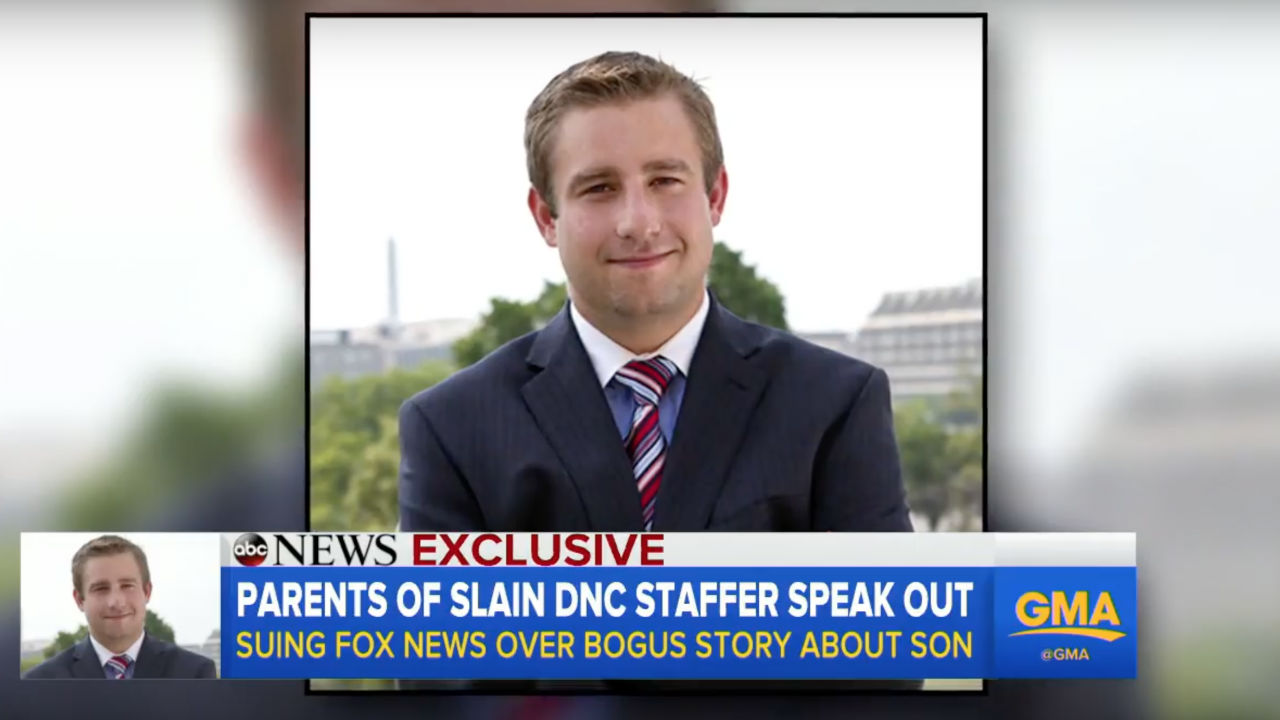 The parents of slain DNC staffer Seth Rich released a statement today denouncing those who continue to spread conspiracy theories and false information about their son’s murder.

Ever since Rich was slain in a botched robbery, right-wing commentators and self-proclaimed independent investigators have repeatedly spread the notion that he was killed for helping WikiLeaks release the DNC’s emails in 2016. To commemorate the Democratic National Committee staffer’s death two years ago today, Rich’s parents are thanking those give them comfort — while also slamming the conspiracy theorists who “are not helping at all” with the ongoing investigations on the matter.

Parents of Seth Rich issue statement on 2nd anniversary of his death pic.twitter.com/W9fxWENJ6v

Rich’s parents are currently suing Fox News after Sean Hannity raised questions about their son’s death, along with Fox News reporter Malia Zimmerman in a now-retracted article. Two months ago, Fox put forth a legal filing where they tried to defend Zimmerman’s piece by insisting that it cast Rich in a heroic light.

The Rich family statement comes after Newsmax host Jack Burkman announced he’s holding an event where he’ll present someone who claims to be a key witness to the murder.

All press should attend my press conference TUESDAY at 1:00PM at the HOLIDAY INN Rosslyn Key Bridge. We will present a witness who brings us close to resolution in the Seth Rich case. #SethRich

Press conference Rosslyn Holiday Inn at 100 PM. Then, at 630, same
location, a candlelight march to honor Seth Rich. Press also invited to
the march. Candles shall be provided for all

However, The Daily Beast‘s Will Sommer is letting everyone know to take this conference with a few grains of salt.

Update on the Seth Rich conspiracy press conference tomorrow: the organizer says his supposed witness to the shooting will probably be wearing a mask, concedes that means "it could be anyone."

Now organizer Jack Burkman sags the supposed Seth Rich witness will just call in and talk via speakerphone, rather than appearing in a disguise. Meaning it could be anyone!