Some Conservatives Sounding Alarm Bells, But Can Team Romney Hear Them Over Supporters?

Some Conservatives Sounding Alarm Bells, But Can Team Romney Hear Them Over Supporters? 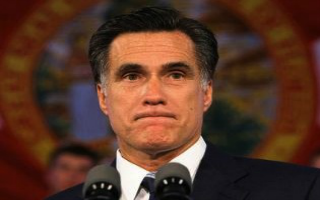 Mitt Romney’s campaign is receiving conflicting information from the world of political analysis. Depending on who you read, the Romney camp is either in a world of trouble with voters or enjoying structural advantages this cycle that President Barack Obama’s campaign will have a difficult time overcoming. There are more than a few political professionals and analysts that are advising the Romney camp not panic over a few lackluster polls in the late summer – time is on their side. But a chorus of prominent conservative opinion leaders are raising their concerns that the Romney campaign is subject to events and is being buffeted by one bad news cycle after another. They say that, if this trend is not reversed, he could lose. But which voices will the Romney campaign chose to listen to?

The bright polling analyst, The Weekly Standard’s Jay Cost, recently examined presidential approval ratings as an indicator of likely electoral outcomes and found that the election is still Romney’s to win. While Obama could rescue his own electoral prospects, the uphill battle he faces with a majority of skeptical voters is historically difficult to overcome.

In other words, Obama’s polling right now suggests that he has only locked down the core Democratic vote; what’s more, those not currently in his voting coalition tend to disapprove of his job as president. Indeed, the Gallup job approval poll finds him with just 31 percent support from “pure” independents, i.e. those with no party affiliation whatsoever.

A Republican analyst with Resurgent Republic told Talking Points Memo on Friday that the Republican party enjoys a significant enthusiasm boost over Democratic voters and the momentum is on their side – despite what today’s polls show.

“Republican-leaning voting blocs are more enthusiastic to vote this November, which could be the deciding factor in a turnout election,” Resurgent wrote, referring to the closely contested election that will put party machinery to the test. “As we head into the final campaign stretch, President Obama faces the unwelcoming reality that he must close the voter enthusiasm gap and improve his performance among key voting subgroups if he is to be successful in his bid for reelection.”

“Take this to the bank,” Republican pollster Whit Ayers told TMP. “Republicans will turn out in higher proportions than Democrats come November.”

With each new poll that arises showing President Obama opening up a lead against Romney, there is a steady stream of conservatives that emerge to challenge the poll’s methodology, sample breakdown or question wording. But the realization that Obama’ s “kill Romney” strategy is working is hard to avoid.

While averages of a variety of polls should be taken with a grain of salt – comparing the results of surveys with differing methodologies, voter screens and sample sizes to determine a true sample of voter opinion is dubious – what averages are excellent at doing well is identifying a trend. The trend is unmistakably moving in Obama’s direction.

While every average contains some polls which certainly oversample Democratic voters when compared to the 2008 and 2004 general election exit polls, Thursday’s Fox News and CNN/ORC surveys show independent voters turning towards the President for the first time in months. That fact should be a screaming Drudge siren for Team Romney.

Whether they are attuned to the warning signs is a question up for debate. In an editorial examining the Romney campaign’s thinking as to who they will select as a vice presidential nominee, the Washington Examiner‘s Byron York noted that his sources tell him “Romney believes his current course is working.” That could indicate that the former Massachusetts governor sees a dip in his numbers resulting from a withering assault on his character and record as a passing phase. But several prominent conservative opinion leaders are offering the Romney campaign unsolicited advice, noting that he cannot afford to simply wait out this damaging storm.

Commentary Magazine political analysts John Podhoretz notes that Romney needs to become more visible and release comprehensible plans and new talking points nearly every day to drive the news cycle. Otherwise, as Romney has witnessed over the last two weeks, the news cycle will drive him and his campaign:

So here’s why [Romney] should be talking about other things, releasing plans, giving speeches on big topics—because it’s the only way he can control the discussion. If he says the same thing about the economy every single day, he bores. He provides nothing new for anyone to fix on. He has to feed the beast. And it can’t just be that he puts his toe gingerly in the welfare-reform pool one day and then defend himself for three days after. It all has to keep moving.

Former speechwriter for President Ronald Reagan, Peggy Noonan, writes that Romney needs to get specific on policy details – notably to outline why the blue state model (typified by California and Illinois) is failing. Also, he needs to get angry and show some passion and not second guess his own instincts:

Romney is not over-managed by others—he isn’t surrounded by what George H.W. Bush called “gurus”—but he over-manages himself. He second guesses, doubts his own instincts. Up to a certain point that’s good: Self-possession is a necessary quality in a political leader. But people don’t choose a leader based solely on his ability to moderate himself. They’re more interested in his confidence in his own judgment, or an ease that signals the candidate has an earned respect for his own instincts.

Charles Krauthammer, a syndicated columnist and conservative political analyst, echoes Noonan with the notable variation that Romney’s policy specificity should be focused on broad ideological distinctions between Romney and his party and the governing vision of President Obama and the Democrats:

If Republicans want to win, Obama’s deeply revealing, teleprompter-free you-didn’t-build-that confession of faith needs to be hung around his neck until Election Day. The third consecutive summer-of-recovery-that-never-came is attributable not just to Obama being in over his head but, even more important, to what’s in his head: a government-centered vision of the economy and society, and the policies that flow from it.

Four years of that and this is what you get.

Make the case and you win the White House.

No well-run campaign that is moving the needle in their direction needs, much less gets, this amount of unsolicited advice. These are politely worded clamors of nervous and earnest supporters. Notice that not one of these conservative opinion leaders placed any faith that Romney’s vice presidential pick would make a bit of difference in how the daily media narrative is shaped. Only Romney can save his own campaign.

At the moment, it is not clear that the Romney campaign knows they are in trouble – there are plenty of voices who are willing to tell them they are doing just fine. Who the Romney campaign listens to will define how the fall campaign shapes up, and who will win the White House in November.