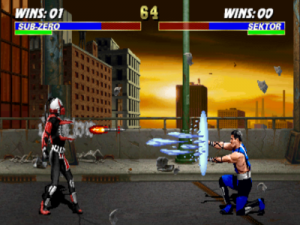 Earlier today the Supreme Court officially struck down a California ban on selling violent video games to minors, stating officially that “video games qualify for First Amendment protection.” The official vote was 7-2 against the ban, with Justices Stephen Breyer and Clarence Thomas dissenting.

The California ban, proposed and advocated by former governor Arnold Schwarzenegger, was designed to protect children from seeing violent or graphic material that might make them more prone to aggressive behavior. It was passed in 2005 after a bill was introduced by State Senator Leland Yee, but it was struck down by both the U.S. District Court for Northern California and the Ninth Circuit Court of Appeals. The definition of a “violent video game” appears as follows in the bill:

[A] video game in which the range of options available to a player includes killing, maiming, dismembering, or sexually assaulting an image of a human being…

The Supreme Court took up the case after Schwarzenegger (and current governor Jerry Brown) appealed the lower courts’ earlier decisions last year. The law was perceived as a violation of the First Amendment by justices of different political persuasions, leading to today’s overwhelming vote against the ban.

In the decision, the court cited clear historical precedent for protecting speech seen as objectionable. The majority opinion points out that comic books of the 40s and 50s were blamed for “fostering a ‘preoccupation with violence and horror’ among the young, leading to a rising juvenile crime rate.”

One of the arguments put forth by the defense was that video games are interactive, and therefore should be seen as different in the eyes of the law because of the active participation. However, the Supreme Court points out that interactive entertainment dates as far back as those Choose Your Own Adventure books, and to a certain extent, literature can be interactive. The opinion also disputes studies suggesting that violent video games cause kids to act aggressively, saying that the effects of such games “are both small and indistinguishable from effects produced by other media.”

Not all of the children who are forbidden to purchase violent video games on their own have parents who care whether they purchase violent video games. While some of the legislation’s effect may indeed be in support of what some parents of the restricted children actually want, its entire effect is only in support of what the State thinks parents ought to want.

In fact, Dr. Craig Anderson, a psychologist whose studies are referenced and cited in the opinion, concedes that the results of children being exposed to violent video games “are ‘about the same’ as that produced by their exposure to violence on television.” The extrapolation continues:

And he admits that the same effects have been found when children watch cartoons starring Bugs Bunny or the Road Runner…, or when they play video games like Sonic the Hedgehog that are rated “E” (appropriate for all ages)…, or even when they “vie[w] a picture of a gun.”

Well, then the answer is simple: Bugs Bunny must die. In his dissenting opinion, Justice Thomas argues a more limited view of the First Amendment than the majority of his colleagues.

In my view, the “practices and beliefs held by the Founders” reveal another category of excluded speech: speech to minor children bypassing their parents… The historical evidence shows that the founding generation believed parents had absolute authority over their minor children and expected parents to use that authority to direct the proper development of their children. It would be absurd to suggest that such a society understood “the freedom of speech” to include a right to speak to minors (or a corresponding right of minors to access speech) without going through the minors’ parents.

However, the best part of the majority opinion is this little gem explaining how the First Amendment must be consistently applied to all aspects of our culture, and not as Thomas would have it applied.

Reading Dante is unquestionably more cultured and intellectually edifying than playing Mortal Kombat. But these cultural and intellectual differences are not constitutional ones. Crudely violent video games, tawdry TV shows, and cheap novels and magazines are no less forms of speech than The Divine Comedy, and restrictions upon them must survive strict scrutiny.

Ladies and gentlemen, the day has finally come when a clear line of comparison has been drawn between the epic poetry of Dante Aligheri and all-out virtual fights between Sub Zero and Johnny Cage. Let this mark the day in our culture when the right to kick someone repeatedly in the chest with a joystick was officially granted protection under the Constitution.

When an industry trade group files a federal lawsuit to defend a child’s constitutional rights, the alarm bells should be deafening. It is hard to imagine a more cynical proposition. Sadly, today’s ruling proves the United States Supreme Court heard the video game industry loud and clear, but turned a deaf ear to concerned parents. The Court has provided children with a Constitutionally-protected end-run on parental authority.

The PTC cited its “unwavering support” of Sen. Yee’s “leadership and and legislative efforts to protect children.” In a press conference delivered earlier today, Yee stated that the Supreme Court “put the interests of corporate America before the interests of our children.” Yee’s argument is more centered around corporations profiting off selling violent games to minors rather than an issue of Constitutional authority.

“As a result of their decision, Wal-Mart and the video game industry will continue to make billions of dollars at the expense of our kids’ mental health and the safety of our community. It is simply wrong that the video game industry can be allowed to put their profit margins over the rights of parents and the well-being of children.”

You can read the text of the Supreme Court’s opinion here.