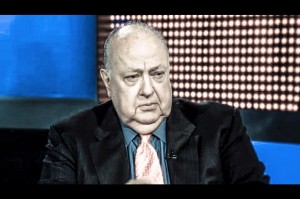 History has shown that, no matter how successful an Empire or a dynastic family appears to be from the outside, major internal strife will eventually result in serious fractures, if not ultimate destruction. We have been in the process of witnessing this reality come to life for the past year with regard to a post-Donald Trump Republican Party. Based on the news of the past 24 hours, it appears that we are also seeing a very similar, and not unrelated, phenomenon at Fox News Channel with the ouster of its long-time chief Roger Ailes.

Numerous, sometimes conflicting, reports all point to Ailes being forced out after former Fox host Gretchen Carlson sued him for sexual harassment and then an internal investigation uncovered other similar claims, including from Fox superstar Megyn Kelly. At this writing, it seems as if all that is left to be determined are the exact circumstances of the termination of the most powerful and influential man in the modern history of cable news television.

It is well-known in media circles that the Fox News “clubhouse” is not much different from the infamous New York Yankees of the 1970s who usually won, often big, but who pretty much hated each other in the process. Bill O’Reilly and Sean Hannity, for instance, have long had open disdain for each other (I am one of I’m sure many former guests who got caught in the crossfire of their competition).

Similarly, Greta Van Susteren has caused occasional pressure on Hannity by riding ratings waves of the intermittent hot non-political story. In recent years, Kelly has threatened O’Reilly’s throne as the king/queen of the prime-time lineup and it is obvious that the ensuing tension has even spilled into their on-air product.

It is into this explosive landscape where two bombs, clearly linked, were detonated in the last year, with enormous consequences.

The first was the entry of Donald Trump into the presidential race. Had either Roger Ailes (a friend of Trump’s) or Matt Drudge (an Ailes ally) chosen to ignore this development, as journalistically they should have, as an insignificant publicity stunt from a life-long Democrat, I am quite sure that Trump would not even be attending the Republican Convention this week. However, since neither was willing or able to withstand the temptation of the ratings/traffic that Trump could bring during the slow summer months of a non-election year, history was forever altered.

Trump’s emergence as the GOP “frontrunner” then created the bizarre “feud” between him and Kelly, after the anchorwoman went after him harder than he would have liked (though it likely helped him in the polls) at the first debate. This then created several absurd threats by Trump to boycott Fox News, which were then reportedly brokered by Trump’s pal Ailes. Some reports indicated that Kelly was miffed that Ailes had not sufficiently stood up to Trump by backing her more strongly. Meanwhile, Kelly was becoming an even bigger star and O’Reilly was getting antsy. All of this then caused O’Reilly, Hannity and Greta to dive head-first (Hannity dove the deepest) into the Trump Tank for both ratings and internal political purposes.

Do you have all of that?

For a while, it appeared that everyone got exactly what they wanted out of this web of obvious conflicts of interest and bad journalism. Ailes got his ratings and a buddy as the GOP nominee with a guaranteed blockbuster mini-series through the Fall months. O’Reilly, Hannity and Greta got enormous access to the GOP nominee, allowing them to forever think of 2016 as “the year we didn’t actually have to work to get big ratings.” Kelly became a larger celebrity and was even able to get back on good terms with Trump for a primetime special on the “regular” Fox network. And, of course, Trump won the GOP nomination.

Then Carlson got let go and immediately filed that lawsuit against Ailes. At first, this seemed like little more than a tremor that only temporarily shook the Fox News universe. Ailes denied the allegations and, although several other women came forward to tell apparently similar stories, most of his Fox News team (including Hannity and Greta) rushed to publicly back him.

However, the tremor quickly turned into an earthquake when it was revealed that Rupert Murdoch, the owner of the parent company of Fox News, based on the results of that internal review, wanted Ailes to either resign or be fired. When it was discovered that Kelly had made a (rather vague) claim against Ailes, a volcanic eruption was added into the chaotic mix.

This created the bizarro world scenario of Ailes, who is being accused of some sort of harassment by Kelly (whom he had made a star), reportedly going to, among others, Trump, who had been routinely publicly harassing Kelly until recently, for advice on how to handle the situation. This is only slightly nuttier than if Tiger Woods had sought out Bill Clinton’s advice during his cheating scandal.

Things got even stranger (if possible) when it was Matt Drudge, of all people, who broke the news, with apparent confirmation, that Ailes had officially reached a termination agreement for Fox. However, he deleted the report just minutes later and began highlighting the hilarious concept that if Ailes gets fired that some of the Fox News stars might leave with him (insecure TV celebrities are not really known for taking personal risks for former bosses).

It is evident to me that Drudge is effectively acting as a friend of Ailes so that he might have some leverage in his exit negotiations. It is even more obvious that none of the trio of O’Reilly, Hannity, or Greta would ever dream of leaving Fox News unless they were fired first.

Fox News has a unique relationship with its “talent” because, thanks to the conservative “stain” that any Fox host automatically picks up by being on the channel, the options for going elsewhere (except for maybe Kelly) are extremely limited. While Ailes could, assuming his termination agreement allows for it (for $40 million it very well may not), start a legitimate competitor to Fox News, there is no chance any of his stars would follow him unless they had no other option.

I am someone who has long advocated that one real competitor to Fox News could do great business (as well as force them to actually be “conservative”) but with three other currently fledgling efforts to do so it is hard for me to see how that would actually come to be, even if Ailes was willing and able to try. I strongly believe that the Fox viewership, much like ESPN, is driven far more by the network’s branding and the news of the day than by the vastly overrated hosts which appear on their air.

In short, if Roger Ailes went over to the tiny “America One” network and hired Hannity and Greta, almost no one would watch because the viewers, assuming they could even find the channel, would know that anything that happens on the show is no longer significant because it’s not on “Fox.”

Of course, there is another scenario here which could change everything. Assuming Trump loses the election, he could team with Ailes to create the already rumored “Trump TV.” Trump could take on O’Reilly head-to-head, and Hannity and Greta (who will soon be fired if Ailes leaves and Trump loses) would be all too glad to slobber all over their favorite former GOP presidential candidate and new boss. As for Kelly’s timeslot, I’m guessing a Sarah Palin vs. Rosie O’Donnell Crossfire show would be right up Trump’s alley (Trump would never go up against Kelly himself and risk losing to a girl yet again).

Of course, the big picture here is this entire situation illustrates that on the list of top considerations which determine major decisions in the cable news television, none have anything to do with good journalism.