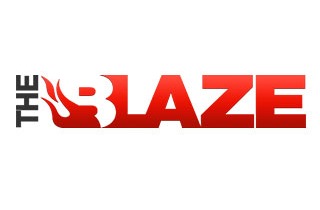 TheBlaze followed in Fox News’ footsteps today by showing readers the full ISIS video featuring the death of a Jordanian pilot, and still images from the video itself.

Fox News yesterday decided not just to show an image of Muath al-Kasaesbeh being burned alive by ISIS, but they also took the ISIS video, threw it in their online player unedited, and posted it for their audience.

TheBlaze today embedded the Fox video on its website, and featured above it some pretty horrifying, graphic images of al-Kasaesbeh being burned alive.

Glenn Beck, who runs TheBlaze, explained their rationale for showing the images, saying, “We have been lured into a poppy field where we have fallen fast asleep as grave danger quickly approaches.”

He calls on Americans to “wake up” and realize the terror they face.

We as a company have aired or released many horrible images in our short tenure as a media outlet, none of which have risen to the level of depravity of the images of Lt. Muath Al-Kaseasbeh’s death.

We had chosen not to release these images out of respect for the victim, his family and his countrymen, but also because we do not wish to spread fear and the message of psychopathic killers.

This morning, I, as the owner and operator of TheBlaze, have changed my mind.

After looking at the images again, I believe it is important for the world to see them. We have been lured into a poppy field where we have fallen fast asleep as grave danger quickly approaches.

It is time to wake up. This is the enemy of all mankind. Make no mistake, this is a global jihad and it has everything to do with “their” religion and their fundamental interpretation of the Koran.

Jews, gentiles, straight, gay, black, white, western, eastern, atheist, Christian or Muslim — it is time you recognize what you are up against, look it square in the eye and call it by its name: evil and a plague on mankind.

If you want to see it for yourself, you can go here (the post does contain the aforementioned horrible and graphic material).