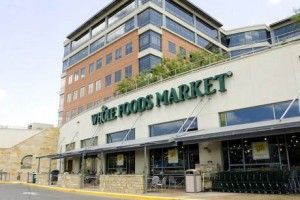 A recent study has found a connection between grocery shopping habits and consumer attitudes. You may either find this news shocking, not surprising in the least, or a load of crap, but in any case, last week the journal of Social Psychology and Personality Science published a study finding that purchasing organic food may make people act like “jerks.” In other words, people who go organic tend to have harsher moral judgments of others and reduced prosocial behavior.

RELATED: President Obama Does NOT Carry Arugula in His Pocket to Snack On

Yes, apparently Portlandia is more documentary than sketch comedy now, because there is a psychological study to back up the notion that organic food-lovers can be incredibly pretentious. The researchers put three groups in front of three different pictures of food: clearly labeled organic food, comfort foods (dessert), and non-organic, noncomfort foods. All three groups were then asked to “read a series of vignettes describing moral transgressions” and rank them on a 7-point scale.

How did the organic people fare?

When it came to helping out a needy stranger, the organic people also proved to be more selfish, volunteering only 13 minutes as compared to 19 minutes (for controls) and 24 minutes (for comfort food folks).

“There’s something about being exposed to organic food that made them feel better about themselves,” says Eskine. “And that made them kind of jerks a little bit, I guess.”

The head researcher explained that the organic group acted this way because they feel like “they’ve done their good deed” and so they believe they have a “license… to act unethically later on.”