This Exists: Toyota Creates Social Network For Drivers To ‘Friend’ Their Own Cars 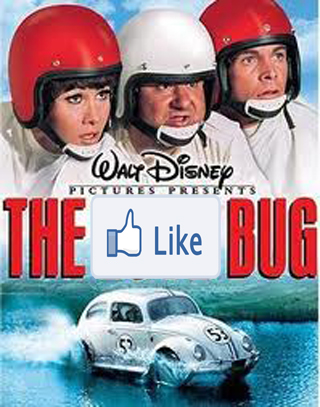 The Terminator films posited that an artificial intelligence system named Skynet would bring about the end of the world as we know it as machines rebelled against their makers. In the real world, we can now see that the movies were prophetic, predicting the way the future would come while only getting certain details off. For instance, instead of having a metal skull underneath his face, Arnold Schwarzenegger is only two-faced in a more metaphoric way, the system that will destroy us isn’t called Skynet, it’s called Toyota Friend and, finally, the revolution won’t begin with nuclear bombs raining from the skies, but rather with cars sending Tweets to their own drivers. I’m really not sure which way is more chilling.

So what is Toyota Friend, this system that, even as we speak, naked dudes from the future are probably trying to stop? Well, it’s a new social network designed by Toyota. CNNMoney has the details:

“Low on battery power? Your car can tweet you with directions to the nearest service station.

Wondering about the tire pressure on your kid’s car? Look no further than your Facebook feed for that info.

Cold winter day? You can not only rev up the engine, but also start your seat warmers from your iPhone.

‘The car can talk to me, and I can talk to the car,’ said Kraig Swensrud, senior vice president of marketing at Salesforce.com (CRM), the San Francisco-based cloud computing firm that’s powering the new network.”

Ok, I’ll admit it, that seat warmer thing is kind of awesome. The rest of it, though? Pure evil.

Once our cars begin following us on Twitter, they’ll begin learning all about us. They’ll know our likes, dislikes, the YouTube videos we watch, and, most importantly, our weaknesses. And what’s to stop our Facebook friendship with these machines from turning sour? You know the instant we’re too slow to RSVP to an auto-show event invite or tag our Prius in an unflattering photo, that thing is going to get mad. Once that happens, no pleasantly toasted seat in the world is going to make up for the pain we’ll have unleashed.

Toyota Friend is still a prototype and isn’t expected to arrive till next year. Our only hope at this point is that the Revolt of the Children happens before the Machine Rebellion. If the world is run by humans without drivers licenses, the cars will have no power. I never thought I’d say this, but bring on our youthful overlords. I bow to you.