This NSA Scandal Is A White People Problem 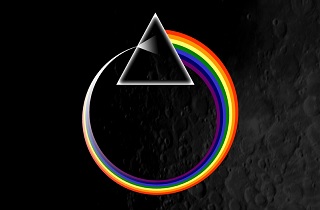 In case you hadn’t heard, the National Security Agency is Red-Wedding-ing Americans’ freedom by backing up phone records and collecting internet data from overseas (some of which involves communications with Americans), all with warrants, and all of which they need to get extra warrants if they want to look at Americans’ stuff. The horror. While the white media completely freaks out from every possible angle, they’ve been all but ignoring a true abuse of the Fourth Amendment, and saying every stupid thing possible in the process.

Glenn Greenwald and his source, whistle-and-country-blower Edward Snowden, have completely taken over the political media with revelations that hype well, but don’t amount to much upon closer examination. Now, Greenwald promises more (and more devastating) revelations to come, but what has been revealed so far is about as alarming as an epidemic of Pac Man Fever, which is a far more recent threat than that presented by these revelations.

The phone records that the NSA has been gathering consist of numbers (not names) and times, information that, before last week, I always assumed was readily available to the government whenever they wanted it, as long as they had a warrant. As it turns out, they did have a warrant, and collected the information (without looking at it) because otherwise, the phone companies destroy it over time. They still need a warrant to look at the data on individual Americans. Ditto the Prism program, which collects internet data via legal means (not by unilaterally plugging into all of the servers of internet companies), and requires another warrant to look at the information on individual Americans.

Is there “potential for abuse” of these programs? Yes, but as people keep pointing out (while they ignore it), the same is true of a tape recorder. Remember when J. Edgar Hoover put Martin Luther King, Jr.‘s phone number on a list of phone numbers that he could only look at with a search warrant? Neither do I.

Granted, the technology has increased the potential scope of potential abuse, but that’s true of every technology. My phone records being archived by the government isn’t all that scary. Googling the phrase “that TV show where…” and having the answer I was looking for come up third on the list of suggestions? That’s scary. But I thought the idea of technology stealing our souls was settled with that whole “camera” thing.

The problem isn’t with what can be done with the technology, it’s with what we are doing to control it, which, in the case of government surveillance, is next to nothing. Remember those “warrants” I kept talking about? Well, those warrants are issued by a secret court, a secret court that never says no, and in which there is no opposition to the government. The government doesn’t even have to get a warrant before they perform a search, either. They have 72 hours after the search to apply for a warrant. With a court like that, it’s hard to understand how anyone even could abuse the law. It’s like stealing things from a free store.

If this disturbs you, it should. If it doesn’t, it’s probably because you were either not born, or were too busy watching Grape Ape, when that court was created. Since then, the other check on government surveillance, the U.S. Conngress, has somehow found ways to expand the government’s legal surveillance capacity, and is now suddenly shocked to learn that they don’t know about the things they skipped briefings about. People like Chris Hayes keep saying how “complicated” this issue is, but it’s really quite simple: congressional and judicial oversight of government surveillance is a joke, and have been since KC had a Sunshine Band. Despite the collective angst of the media, the American people don’t seem inclined to change that. Given the current state of things, it is amazing how not abused this power has been.

What’s ridiculous about this is the proportion of the coverage. According to TV Eyes, the NSA scandal has been mentioned on cable almost 3,000 times in a little over a week, since the Verizon story broke. In a sense, this is commendable, because despite the American people’s clear apathy about this kind of surveillance, journalists have decided that this is important. That’s one of the most important functions that the Fourth Estate can serve.

Would you like to know how many mentions there have been about a story in which the government systematically performs warrantless searches of millions of innocent Americans’ phone records? Two hundred and sixty-seven.

Wait, I f*cked that up, it wasn’t 267 this past week,it was 30. It was 267 mentions these past three months. Oh, and it wasn’t warrantless searches of phone numbers and call times, it was warrantless searches of actual American people’s persons, their physical, IRL bodies. Conversely, then, journalists appear to have decided that this is not important, or rather, is one one-hundredth as important as the warranted non-searches of bullsh*t.

Why is that? It’s hard to tell, but maybe it has something to do with the fact that the Stop and Frisk policy overwhelmingly affects the privacy of innocent black and Latino people. It’s not for lack of a hot news peg. Even if the merits of the story don’t turn you on, the Obama administration just signaled it will file briefs in support of the plaintiff in a suit against the policy. If the last several weeks have made one thing clear about the media, it’s that the best way to get them to care about government abuse, or anything, is to do it to white people.

Much like these NSA programs, the Stop and Frisk policy isn’t inherently abusive. It is based on a law that allows police to stop someone on the street if they have “reasonable suspicion” that the individual “is committing, has committed or is about to commit” a crime, and “demand of him his name, address and an explanation of his conduct.”

That’s the “Stop” part of “Stop and Frisk.” In order to move on to “Frisk,” the officer must “reasonably suspect that he is in danger of physical injury.”

In practice, though, the policy has resulted in over half a million stops per year, stops which have disproportionately targeted minorities, in the same way that Scooby Snacks™ disproportionately target Scooby Doo. I know there are some folks who would like to explain this as a function of minorities’ inherent criminality (you know who you are), but then how do you explain this: White people, who represent about 12% of those stopped, white people were almost twice as likely to be found with drugs or weapons than black people? Are white people inherently more criminal?

I don’t think so. I think the abuse of this policy is rooted in the concept of “reasonable suspicion,” which, according to the Supreme Court, requires circumstances similar to these:

US Courts have held that a stop on reasonable suspicion may be appropriate in the following cases: when a person possesses unusual items (like a wire hanger) which would be useful in a crime and is looking into car windows at 2 am, when a person matches a description of a suspect given by another officer, or when a person runs away at the sight of a peace officer. However, reasonable suspicion does not apply merely because a person refuses to answer questions, declines to allow a voluntary search, or is of a particular race or ethnicity.

The sheer volume of stops indicates that the police are applying an interpretation of “reasonable suspicion” that’s considerably looser than that, especially given that they are wrong 90% of the time. Whatever standard of suspicion they’re using, it is apparently less reasonable than the suspicion that President Obama is the Antichrist.

Just as those Stop and Frisk stats have everything to do with the cultural biases of the power structure, so does the mainstream media’s disproportionate interest in the NSA scandal over other, far more alarming injustices. While MSNBC (including Chris Hayes, whom I am not trying to pick on) has covered Stop and Frisk much more than its competitors (about 50% more than Fox News, and 900% more than CNN!), the overall discrepancy is indicative of a lack of diverse viewpoints in journalism. Abuses like Stop and Frisk have been occurring for centuries, and have a lot more in common with J. Edgar Hoover than Barack Obama does. While we’re busy having the conversation about what the government might do with Prism, maybe we could make some room for what it’s already doing to millions of innocent citizens.