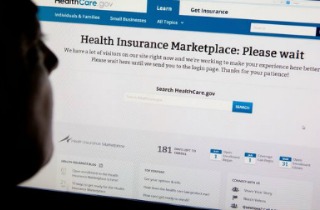 “Enrollment records for close to 15,000 HealthCare.gov shoppers were not initially transmitted to the insurance plans they selected, according to a preliminary federal estimate to be released Saturday,” The Post‘s Sarah Kliff reported.

The Post reports that 834 transmission errors, the code that transmits data from the federal insurance exchange website to insurers, are now down to less than 1 percent. However, the early high error rate has resulted in a significant amount of confusion for the sites initial users.

“We’re making sure that as we do the intense data reconciliation, we identify the things that need to be resolved so consumers can confirm they’re enrolled,” said Centers for Medicare and Medicaid Services spokeswoman Julie Bataille in an interview with the Post on Friday.

During the first two weeks of October, the new federal analysis estimates, nearly 10 percent of enrollments were missing an 834 transmission. That number rose to 15 percent in mid-October before steadily declining through November.

Insurers have been expressing their concerns about what they describe as “orphan files” in which insurance shoppers believe they have purchased policies and are unaware that the exchanges did not notify insurers of their purchase.

“While insurance plans could plausibly correct inaccurate data, they could not get coverage to a subscriber they did not know existed,” the Post reported.