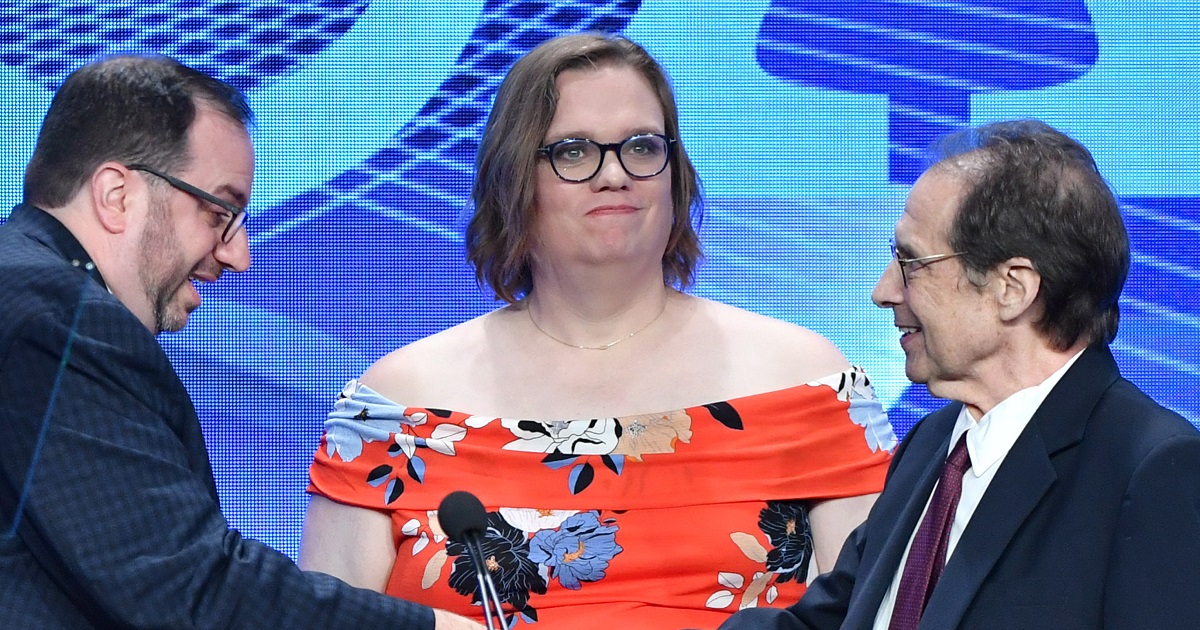 Emily VanDerWerff — a writer for Vox and a trans woman — says she has been getting death threats, rape threats, and other forms of harassment over her reaction to a controversial open letter published by Harper’s Magazine that purported to champion free speech.

On Tuesday, the magazine published what has since become known simply as “The Letter,” a lengthy denunciation of what some people describe as “cancel culture” that was signed by a diverse laundry list of people that included the likes of J.K. Rowling, Bari Weiss, Noam Chomsky, and Vox writer Matty Yglesias.

Some of the controversy over the letter centered on the inclusion of people — like Rowling — who have been criticized for transphobic speech. VanDerWerff voiced her objection to Yglesias’ signature on the letter in a memo to their mutual employer, portions of which she posted online.

She wrote that “the letter, signed as it is by several prominent anti-trans voices and containing as many dog whistles towards anti-trans positions as it does, ideally would not have been signed by anybody at Vox, much less one of the most prominent people at our publication,” and added that while her colleague’s endorsement of the letter “makes me feel less safe at Vox,” she did not want him to be reprimanded in any way.

I sent a version of this to the editors of Vox. (I have redacted some bits that are internal to Vox and shouldn’t be aired publicly.) pic.twitter.com/splNNSMivd

VanDerWerff went on to explain her feelings about the signatories in greater detail, writing that she didn’t see signing the letter as “an anti-trans act,” but that “he many signatories to the letter include people who treat trans identities as an intellectual parlor game at best and as a dark and terrible cloud about to descend over modern society at worst. It is apparently impossible to grasp that we are who we say we are.”

But the many signatories to the letter include people who treat trans identities as an intellectual parlor game at best and as a dark and terrible cloud about to descend over modern society at worst. It is apparently impossible to grasp that we are who we say we are.

That letter was amplified by Jesse Singal, one of the other signatories who has been criticized for his coverage of trans issues, who wrote that “Matt Yglesias has been reported to his employer” for signing a letter that was widely publicized on the internet. Singal also singled out trans author Jennifer Finney Boylan for recanting her signature once she learned who else had signed.

After fending off attacks on social media for several days, VanDerWerff posted a lengthy Twitter thread describing the harassment she has endured over her reaction to “A Letter on Justice and Open Debate.”

To my knowledge, not one signatory of the Harper’s letter has said anything against this behavior, despite how obvious, extreme, and public it has been. At least two have egged it on or incited it.

I have my employer’s support in weathering this storm. I have been given space to decouple for a few days to preserve brain space.

Many, many people would not be so lucky.

Right-wing blogs like Daily Caller and Breitbart have written pieces calling for my firing, using YouTube screencaps of me designed to make me look unattractive or masculine. Their readers swarm me.

I have had friends who have been through this sort of online hate mob before, and they talk about it like a natural disaster. It strikes, and it leaves you standing in rubble, wondering where your life went.

I believed them; I didn’t understand them.

The irony is their claim is that I was trying to incite a hateful mob against my colleague, in the name of getting him fired, despite my constant protestations to the contrary.

To my knowledge, no such hateful mob against him materialized.

Yet one materialized against me.

I have been contacted by a number of journalists who are treating this as a curious matter of Vox’s office politics, perhaps because I’ve been subtweeted by some of my coworkers. I will speak to some of them. But this is not about my job; this is my fucking life.

After deleting his entire Twitter history, Yglesias posted a tweet urging people to “stop being shitty to Emily;” and adding “she and I obviously disagree about some things but she doesn’t deserve this kind of crap from anyone and anyone who thinks she does can fuck off.”