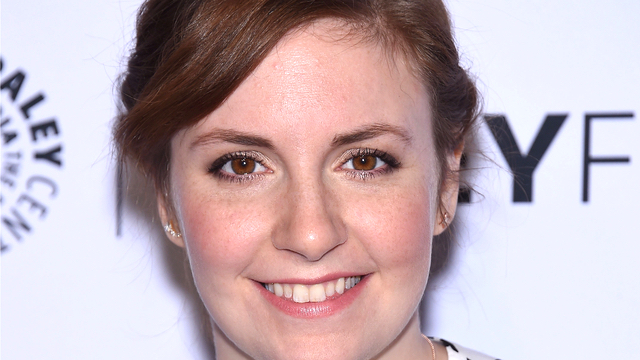 Twitter roasted Lena Dunham for an apparent discrepancy between her and an animal shelter about the dog she adopted from them four years ago.

Last month, the actress took to Instagram and shared her “heartbreaking” decision to give up her dog Lamby, which she had since 2013.

A lot of you have been asking where Lamby is these days since he’s always been the star of my gram and I’ve been posting pics of my poodle girls. Well, you know honesty is my jam but this one has been really heartbreaking to talk about. But I feel I have to share that last March, after four years of challenging behavior and aggression that could not be treated with training or medication or consistent loving dog ownership, Lamby went to live at an amazing professional facility in Los Angeles @matt_thezendog where an awesome person named @therealdanishay (who is educated in a rescue dog’s specific trauma) loves him so hard. Lamby suffered terrible abuse as a pup that made having him in a typical home environment dangerous to him and others- we needed to be responsible to ourselves, our neighbors and especially our beloved boy. Jack and I will miss him forever but sometimes when you love something you have to let it go (especially when it requires tetanus shots and stitches.) Someday I’ll really write about the pain and relief of letting Lamby go off and really be Lamby, biting and peeing in his own mouth and all. There were so many lessons in it, about forgiving myself and loving with an open palm and giving in to a larger plan. Shout out to @jennikonner for listening to endless hours of Lamby pain, and especially my partner @jackantonoff for loving him even when he ruined floors and couches and our life. Jack knows what Lamby means to me and he let me come to the decision in my own time even when it made his days challenging. Susan & Karen will never be my first loves, but they are fuzzy and hilarious stuffing for the hole Lamby left and we cherish them deeply ❤️#lamby #thefirstcutisthedeepest #foreverlamb PS If you have a similar situation, please know its possible to responsibly re-home your rescue rather than sending them back into the shelter system. It can require patience, diligence and often a financial contribution but there are solutions that leave everyone happy and safe. You will always have been your dog’s first stop outside shelter life and that’s beautiful.

In the post, she writes, “after four years of challenging behavior and aggression that could not be treated with training or medication or consistent loving dog ownership, Lamby went to live at an amazing professional facility in Los Angeles,” adding, “Lamby suffered terrible abuse as a pup that made having him in a typical home environment dangerous to him and others.”

However, the animal shelter she adopted Lamby from disputed her claim that the dog was abused.

Robert Vazquez, a spokesman for the Brooklyn-based BARC Shelter told Yahoo Celebrity that they “checked the records for Lamby” and they confirmed that it was “owner surrendered” and at the time of the adoption, when the dog was 1-2 years old, he “didn’t have a history of being aggressive.”

He also refuted her claim she made back in the New Yorker in 2013 that Lamby had “three other homes, three other names.”

“We do not know where she got ‘multiple owners that abused the dog,’” he stated.

He also pointed out that she also said in 2013 that “dogs shouldn’t be dumped or thrown away because they have feelings.”

Upon reading this report, Twitter had a field day.

if you designed my perfect story it would be this, the tale of a dog shelter employee brutally owning lena dunham https://t.co/17HIE70ZjR

Lena Dunham blocked me yesterday for quoting her tweet with “Welp”, so I can’t ask her if she lied about her dog. https://t.co/EuRAa516nA

this is the best news story, journos, plz keep investigating. we need the truth about lamby https://t.co/vCe8cgjOkI

shit-talking the dog she abandoned on Instagram is peak Lena Dunham pic.twitter.com/SOm3ncIRg7

Who lies about the history of an adopted dog?

i LOVE this shit https://t.co/36vxGAfOQ9

Dunham reacted to the animal shelter’s refutal on Instagram, writing, “It’s come to my attention that the staff at the shelter where I adopted Lamby have a very different account of his early life and behavioral issues than I do. While I’m sorry to have disappointed them, I can’t apologize.”