WATCH: Fireworks Clash With Lightning For an Epic Fourth of July

WATCH: Fireworks Clash With Lightning For an Epic Fourth of July 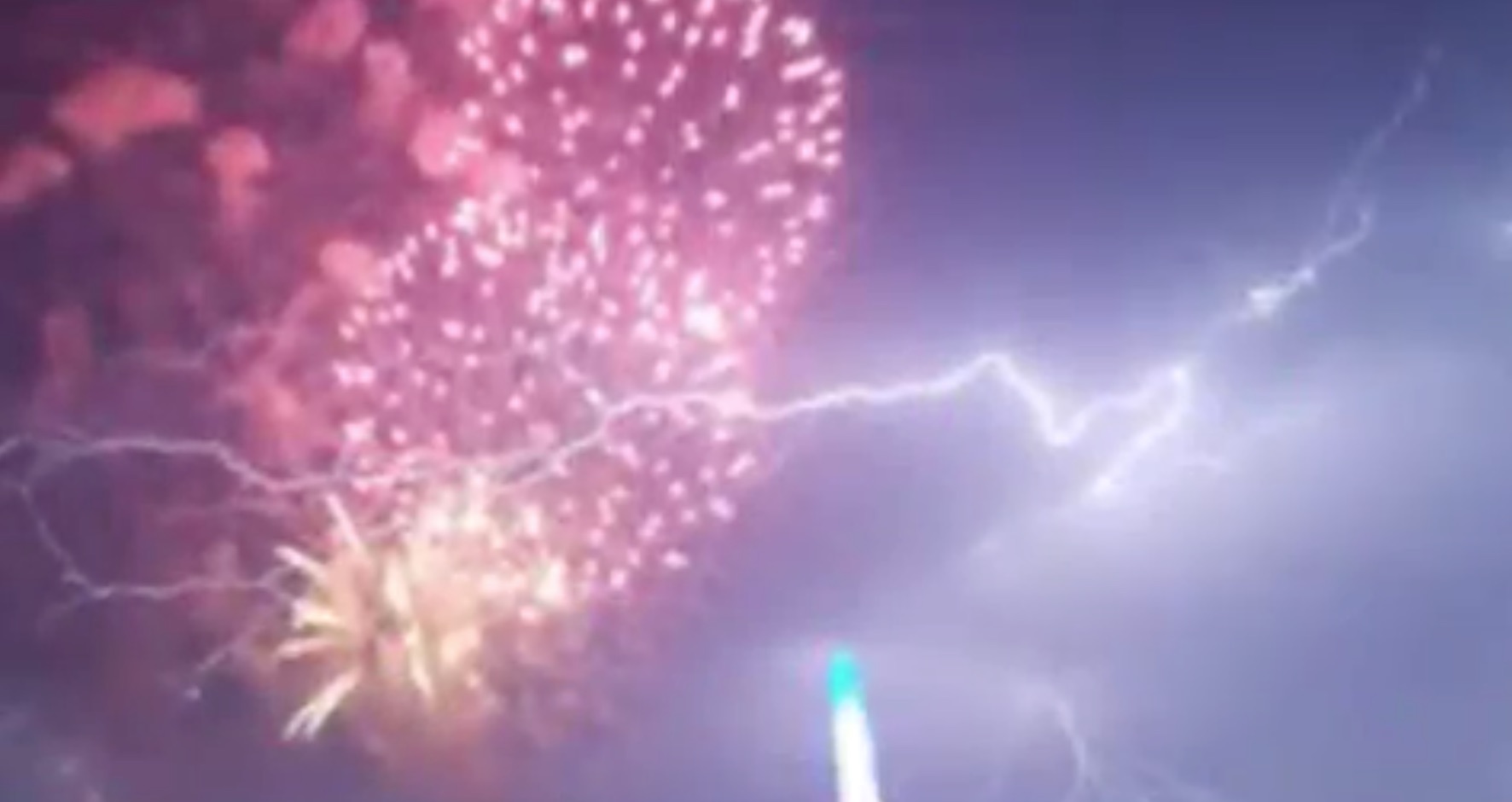 It’s difficult to find a unique fireworks show on the Fourth of July, but few were lucky enough to witness a special guest: Mother Nature.

Several people were able to capture strikes of lightning flood the skies with colorful fireworks. And the results were stunning.

Mother Nature was not about to be outdone by a fireworks display in South Jersey Tuesday night. ???? pic.twitter.com/ZPeqQ19fCs

MOTHER NATURE STEALS THE SHOW: A fireworks display in Norwood, Pennsylvania was overtaken by Mother Nature as a massive bolt of lightning shocked onlookers. pic.twitter.com/CpfZJGDE3f

Mother nature decided to add to the fireworks tonight and it was really cool pic.twitter.com/vKY0PmF9Mv

The weather was crazy tonight at Clemsonfest. Mother Nature decided to take part in the fireworks show. pic.twitter.com/Tf9pveZwgb

Lightning and fireworks. A Colorado Fourth of July. People are setting off fireworks despite a ban. pic.twitter.com/lTWNBKMdHt

Obviously, some videos are better than others.