Why Is This TV Blogger Snitching on a ‘Secret Support System’ Built by Female Anchors?

Why Is This TV Blogger Snitching on a ‘Secret Support System’ Built by Female Anchors? 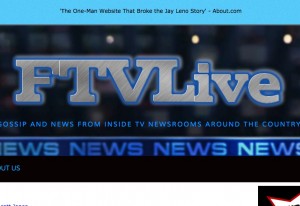 This morning, Gabriel Sherman published a highly anticipated and supremely comprehensive piece on the takedown of Roger Ailes at Fox News Channel. In great detail, it went over everything that has happened since Gretchen Carlson filed her sexual harassment suit in July plus everything relevant that happened before that. The piece was still shocking in spite of the fact that for two full months, it’s been becoming clearer and clearer that women in the news industry face an incredible amount of harassment and judgment, both from within the workplace and outside of it.

Of course, women have been fighting back. Sherman’s piece references settlements that Ailes had to deal with prior to Carlson’s filing, for instance. Beyond litigation, there are plenty of ways for women to navigate the sexist landscape. Supporting one another is one of those ways, which was demonstrated recently by Megyn Kelly, who reportedly spoke up about Ailes’ alleged harassment of her when the rest of the Fox News staff was busy slandering Carlson.

Outside of FNC, female news reporters band together in other ways, like Facebook groups meant to offer a “secret support system.”

Given that the necessity of such a group for those who want it is now pretty clear, what could possibly compel someone to reveal its existence? That’s a question we had for Scott Jones, the guy behind FTVLive, a television news blog that is notorious for scoops. Over the last few days, Jones’ blog has been blasting a secret Facebook group for female newscasters, but why?

It started with a pretty snarky post (“Real World Problems….”) calling out one of the members. She had posted in the group about her worries over buying a dress made by Ivanka Trump‘s label. She explained, “I feel like we are so scrutinized for our appearance someone is bound to notice and call me out,” which seems like exactly the type of concern that would be expected to come out of a group for female news anchors. 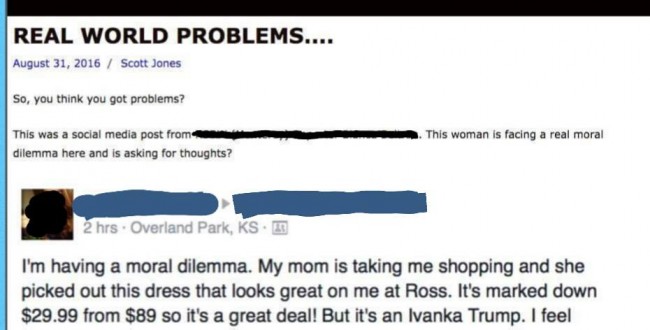 After someone from the group reached out to Jones to explain that the group is a secret, he doubled down and wrote another post about them. This time, he shared that they were planning to create a second secret group that would only include women who worked in the top 100 markets.

He posted another screen shot. This one revealed the email address women could use to apply for a spot in the group and showed that the creator believes that while it will take a while to rebuild the group from the ground up, it will be worth it to have “a secret support system within this industry.”

Today, another post went up on FTVLive. It featured an email from someone who read the original one but bore no real relevance to the story. Its purpose, then, appears to be to drive traffic from the front page of the blog back to the articles that blow up the secret groups.

Why? Really and truly, why would a trusted blog that usually posts stories of interest to those within the industry and so often gets great information take such square aim at a group of women who are trying to support one another behind the scenes?

Jones explained to us that he has worked in televised news for over two decades. Here, copied directly, is why he felt the need the create the original post:

[T]he idea that anyone that works as an “objective” Journalist would let their feelings know about a candidate is still something that I believe that should be made public. This was a person that did not want to buy a dress because it had the Trump name on it. If she is disgusted by giving Trump’s money, can we expect to cover the candidate fairly?

The group post made by the woman did say that she was “uncomfortable” giving money to the Trump name after his controversial remarks on sexual harassment in the workplace, but also that she was worried about alienating or offending viewers.

Jones also had his own questions. He said, “I believe any person, male, female, animal or alien has a right to have a secret group. But, if someone inside that secret group wants to share something with FTVLive, then it’s not really a secret is it? … If many of the broadcasters that come into our living room each and every night are a member of a secret group, is wrong to want to know what is discussed in that secret society?”

If the secret society were malicious, it would make more sense to blast it, but thus far, the most egregious thing the mystery tipster has found is a woman’s concerns over viewers recognizing a dress made by the daughter of a very polarizing character. As the Ailes drama has taught us, it’s all too easy to create a workplace culture that discourages women from speaking out about their experiences, so to publicly drag out a secret group wherein that very thing happens seems, at the least, irresponsible.

To Jones’ credit, he did answer the “Why?” Whether or not his justification was sufficient is certainly subjective.