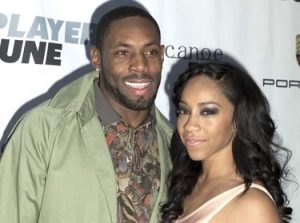 Defensive back Antonio Cromartie, an 11-year NFL veteran, was released by the Indianapolis Colts after the team’s Week 4 loss to Jacksonville — a game in which Cromartie was benched for the second half.

But his wife, Terricka Cromartie, believes that her husband was not released because of poor play, but rather because he protested the National Anthem.

Antonio Cromartie knelt for the anthem and raised his fist prior to the Week 4 contest against Jacksonville, which was played in London.

Terricka Cromartie, in a now deleted Instagram post which was quoted by ESPN, claims that Colts owner Jim Irsay ordered Cromartie not to kneel for the Anthem. His refusal to comply was the real reason he was released, according to Terricka.

“One things (sic) for sure I know my husband was told Not to take a Knee and he went with his heart and he took one,” Terricka Cromartie wrote. “And that cost him his Job.. and Clearly this Statement backs that up… Just a Paid To put on a show.”

Irsay has been outspoken in his opposition to the Anthem protests.

“It hasn’t been a positive thing,” Irsay said, per the ESPN report. “What we all have to be aware of as players, owners, PR people, equipment managers, is when the lights go on we are entertainment. We are being paid to put on a show. There are other places to express yourself.”

For his part, Antonio Cromartie posted the following on Instagram:

They say it’s not the right place or venue to do what is right and stand for what is right. I guarantee that most of the people that’s sending me hate messages don’t even know the top 2 members that are leading in this country in homelessness. Well let me educate you. #1 Veterans #2 Children. But you guys care so much about the people that fought for this country. It’s crazy while I was Indiana I had a chance to talk to some veterans that didn’t have a problem with me taking a knee. Because they understood my reason behind it. I thank them my grandfather and my friends for their support who also served this country. Some of y’all I have to sit back and pray for, Because right now with everything that’s going on in this country and with these two idiots making the presidential debate a reality show and a joke and it’s sad. I pray that we make a change for the better. It starts by being honest with yourself, also by not being blind with what’s going on in our communities and our country. I’ve played this game for 11 years and I am grateful for the opportunity the lord and the @chargers gave me back in 2006. #BeAboutChange #teamcromartie

The Colts did not respond to the Cromarties’ comments, instead referring ESPN to a statement made by head coach Chuck Pagano on Oct. 5 in which he said Cromartie was released for performance reasons.

“I’ve said it before and I will say it again, every decision that we make as far as our roster goes and this team goes, is based on two things — what is best for this team and what gives us the best chance to win,”