With Megyn Kelly Leaving Fox, We Need to Talk About Shannon Bream 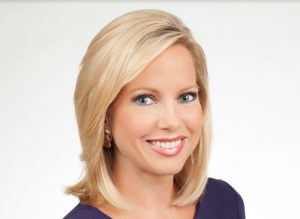 Yesterday, it was announced that after months of speculation and negotiation, Megyn Kelly will be leaving the network that made her a household name. With the reigning queen of cable news defecting from Fox, who will step up? We already floated a fun poll by you, but let’s focus on one person who could be the “sleeper candidate.”

Shannon Bream is a familiar face to Fox News fans and Mediaite readers. Some of the headlines this site has filed away under her tag include, “Fox Anchor Wonders When We’re Getting a Men’s History Museum,” ‘Fox Anchor Grills Hillary Surrogate over Emails: Doesn’t She ‘Have Herself to Blame?’,” and, “Fox Anchor Confronts O’Malley: Why Didn’t You List ISIS as a Priority During Debate?”

Compare those soundbites to Kelly’s biggest hits on Mediaite like, “The (Race) War on Christmas: Megyn Kelly Declares ‘Santa Claus Just Is White’ and So Was Jesus,” and,  “Megyn Kelly: Hillary Clinton Was ‘Too Chicken’ to Come On My Show,”  and it starts to look like Bream really is the rightful heir to the throne.

She and Kelly have a lot in common too. Both women were lawyers before moving over to cable news and neither is interested in being just another pretty blond woman with a set of legs and big wardrobe budget. For proof, look how Bream responded to a Twitter users who said that “she … is all leg”:

Well, I did use those legs to walk across the stage and collect my law degree w honors … if that’s what you’re referring to. Then, yes. https://t.co/x63jQNsttK

Speaking of Twitter, a whole bunch of people on that platform are rooting for Bream.

Mr.@rupertmurdoch ,I’ve been in broadcasting for close to 48 years,may I suggest @ShannonBream to replace @megynkelly ,she’s a perfect host.

@ShannonBream 9 PM is all yours! You deserve it!

@ShannonBream Has anyone started the Shannon Brean for 9pm Campaign yet? Calling all @LibertyAlumni and current @LibertyU students

What do you think? She has it all: clicky soundbites, tough questions, a law degree, and an already-devoted following. Is she the next 9:00 superstar? Might Tucker Carlson move up two hours so she could be the new face of 7:00? Or maybe another Fox lawyer, The Five co-host Kimberly Guilfoyle who has been widely discussed as a candidate, will get the nod? There are a lot of possibilities, but it remains to be seen what Fox brass will do.