10 Reasons Trump Fans Are Still Convinced He Is Going to Win, and Why They Are Likely Mistaken 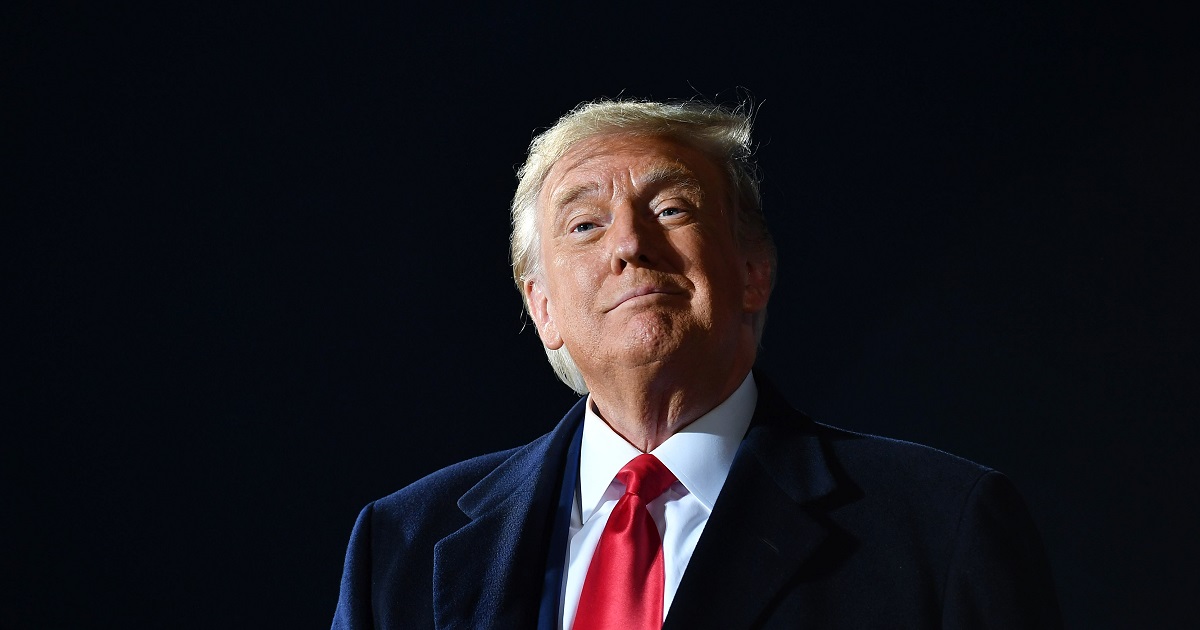 As an ardent conservative who has opposed Donald Trump from the start of his presidential run, my relationship with Trump fans has, to say the least, been… complicated.

Many of those who have closely followed my career in talk radio, documentary films, and column-writing turned out to be strong Trump supporters, and they have been extremely disappointed, even angered, by my unwillingness to jump on the Trump train. It probably didn’t help that it appears I helped popularize the #Cult45 hashtag to describe the Trump fanatics who seem to view him more as a religious cult leader than as a politician.

This rather painful set of circumstances has perhaps provided me with a rather unique perspective on those who inhabit MAGA World. Consequently, I may have some insight into why strong Trump supporters are SO convinced that he is going to win this presidential election.

And make no mistake, they are SURE he is going to win. Probably by a landslide.

I have written many times about my confidence that this is not going to be the case (though I have also been very careful to make it clear that the final outcome could still be very close). This column is about why Trump super-fans are positive that I, like the rest of those in the “conventional wisdom” (for which I usually have extreme distrust) are totally wrong, just like we were in 2016.

Here are the top ten explanations…

This is 2016 All Over Again: Trump fans see amazing similarities between the circumstances just before Trump’s miracle election victory and what the situation is now. They therefore assume that events will repeat that same path from this point. However, this time there is no Hillary Clinton, no James Comey, no independent voters curious about what Trump might be like as president, and no Democratic complacency. There is also obviously the Covid pandemic which has the news media claiming Trump is somehow responsible for over 230,000 deaths this year.

Polls Are Meaningless: To them, the polling industry totally discredited itself in 2016 (even though many of the polls, especially nationally, were quite accurate). Polls, except for the ones showing Trump doing well, are, at best, totally off, and, at worst, a propaganda tool intended to diminish the morale of Trump voters. To be clear, the polling error this time around would have to be worse than it was in 2016 for Trump to repeat his improbable win, despite the entire survey industry being acutely aware of the mistakes made in the last cycle.

Mainstream News Media Coverage Has No Impact: They so distrust the news media, for often very legitimate reasons, that nothing the mainstream media reports about the race, even if it somehow pierces their right-wing media bubble, has any influence on their thinking whatsoever. Therefore, the media’s obsession with the recent record surge in positive coronavirus tests, and how that may impact the few remaining undecided voters, is not even on their radar. Instead, their focus is on Hunter Biden stories, which they seem not to fully realize is not being understood, or even significantly consumed, by the vast majority of the voting population.

Trump’s Crowds Prove His Turnout Will Win It: There is absolutely no doubt that Trump’s rally crowds are extremely impressive and dwarf anything that the Biden can even dream of putting together. To the Trump fan, this means that there is tons of enthusiasm for Trump, and none for Biden. However, Trump fans refuse to acknowledge that the average Biden supporter is motivated primarily by voting AGAINST Trump, which is why Democrats did so well in the 2018 midterm elections. They also don’t want to accept that the media’s coverage of Trump’s rallies may be a net negative for him as it gets perceived (incorrectly, in my view) that Trump is being reckless in this Covid era, while Biden is seen as valuing safety, even if he is actually quite thankful that he now has a built-in excuse for drawing rather pathetic crowds.

Trump Is Magic:  Many Trump fans view their hero as if he is an American version of the legend of Rasputin, a magical Russian figure who supposedly couldn’t be killed off (before he was eventually assassinated quite decisively). His upset wins in the 2016 GOP primary and general elections (though they conveniently ignore the massive 2018 midterm defeat), along with his sound defeat of the Russian investigation and his impeachment, have imbued his biggest fans in an unshakable faith that Trump will somehow find a way out of any predicament, no matter how precarious.

There Will Be a Backlash Against the Lockdowns: The vast majority of Trump supporters strongly believe that the reaction to Covid has been totally overblown and largely motivated by hatred of Trump. Because they are so infuriated by Democratic/liberal forces taking away their freedoms in an ill-advised and counter-productive effort to control a virus which kills a tiny percentage of those who get it, it is impossible for them to imagine that there is not going to be a significant backlash against pro-lockdown Democrats, and that Biden appears to very much in that category. What they don’t realize is that there will be no major, if any, blowback against Democrats for lockdowns, mostly because the entire media industrial complex has so carried their water for them on the issue that most voters are currently invested in the belief that the lockdowns were both needed, and at least somewhat effective.

The Alpha Male Always Wins: A large part of Trump’s appeal is that he is seen as a fighter against political correctness, and the last real man standing against the forces which have systematically wussified America. Trump voters believe that since he exudes strength, especially on Covid, while Biden cowers in weakness while wearing a mask, that this means the nation which gave the world John Wayne and Clint Eastwood will never choose the beta male as president. Traditionally this analysis has had quite a bit of truth to it. However, in the post-Covid era it is clear that America is now mostly a nation of cowards, and that Trump’s persona, as fake as it is, simply no longer fits our very beta mentality.

America Will Never Go Socialist: Much of the Trump fan’s confidence is rooted in the bedrock belief that America is inherently special and therefore it will never become like other socialistic pits of despair, as many European countries have. In this mindset, the Democrats have completely overplayed their hand this year, especially with regard to nationwide riots, and that, consequently, “real” Americans, even those who don’t personally like Trump, will rally to his side in order to preserve the essence of the country. However, there are now so many people who deeply hate Trump, and who no longer view his version of America in a positive light, that there is no massive/hidden cavalry coming to save his cause.

God Is On His Side: One of the great ironies of Trump is that a man who clearly does not believe in God has such devotion from people who are convinced that God is on his side. They are sure that, if needed, divine intervention will cause him to be re-elected. However, there is no evidence that God controls the vote counting process in Pennsylvania.

Biden’s Strategy Reeks of Concern: To Trump supporters, Biden campaigning in the final days in the Rust Belt states, including Minnesota, which hasn’t been won by a Republican since Richard Nixon, is a sure sign that his campaign knows he is in big trouble. Conversely, logic would dictate that, still battling PTSD from the shock of 2016 caused by Rust Belt complacency, that they are simply focused on insuring victory, rather than trying to run up the score.

For the record, there are SOME Trump super fans who are open to the idea that he could lose. And, in case you hadn’t already figured it, they already know EXACTLY why that would be…