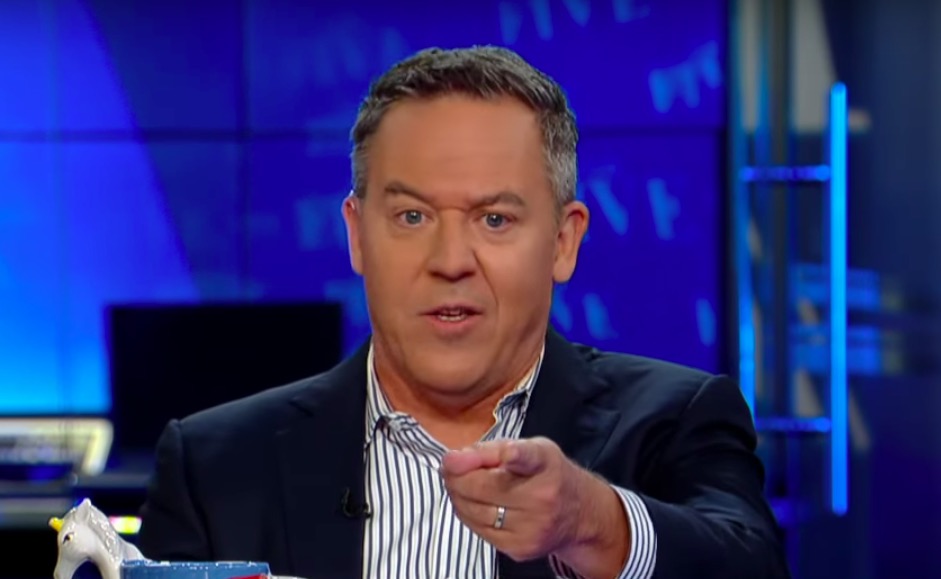 In the wake of outrage sparked by a Trump rally crowd chanting “SEND HER BACK” as the president assailed a black congresswoman who immigrated to the United States from Somalia, some Fox News hosts have resorted to a weak defense.

The Five host Greg Gutfeld proposed the defense on Twitter. In response to a conservative writer who called Trump’s spectacle “Pure mob insanity, led by the most powerful man on earth,” Gutfeld wrote: “apparently, you’ve never been to a sporting event.”

It’s unclear what type of sporting event Gutfeld is referring to. And what on earth does he think would happen if fans chanted “SEND HIM BACK” at a black immigrant football player?

We actually don’t have to stretch the imagination very far. At professional soccer matches across the pond, racist chants and nauseating trends like throwing banana peels at players have become a regular occurrence, particularly in Italian and Spanish leagues.

At a game between Italian sides Inter Milan and Napoli in December, for example, black Napoli player Kalidou Koulibaly was met with a torrent of racist chants for the entirety of the match.

These clubs face consequences for such displays. Inter was forced to play two games in an empty stadium in January after the Italian league found its fans had abused Koulibaly. Just months later, in March, the team was sanctioned again after fans racially abused AC Milan player Franck Kessie.

Italian soccer fans have an ugly history of racism and fascism, particularly the extreme and militant supporters known as ultras. Tobias Jones, the author of several books on the subject, provides a good explanation of such extremist hooliganism in a piece for the Guardian:

Fascism seemed perfectly aligned with an “ultra” form of fandom, which delighted in paramilitary uniforms and violence. The worldviews were also comparable: partisan fans have a simple, Manichean worldview of them-and-us in which hatred of outsiders is normalised. The stadium is a setting for warfare, where territory is defended and conquered. Inevitably, as happened this week, martyrs fall and – as in fascism – death is thus fetishised, almost yearned for. In that bleak world, words like “tolerance” and “multiculturalism” have absolutely no meaning.

Since we’re talking about Gutfeld here, it’s worth putting the Fox News host’s views into a little context. Hamstrung by the ratings incentive to defend Trump at all costs, Gutfeld has, since Trump’s election, resorted to his tiresome yet reliable schtick of mocking the president’s critics (it’s easier than defending him). A common refrain from Gutfeld’s monologues on The Five is that the Trump administration is a jolly good time if you step back and admire the chaos from afar. It’s a sports game! And Trump is the most entertaining player.

It’s a lazy stance that the tenured cable news pundit has the luxury to take. After all, if Trump ever gets the Muslim ban he campaigned on in 2016, Gutfeld will be spared. No doubt, he’ll maintain an irreverent view of U.S. politics, the same one he has embraced as his safe space for the past two years.

But back to the sports. Gutfeld is, in a sense, correct. Trump attacking a Somali refugee turned American congresswomen, while his crowd of supporters chants “SEND HER BACK,” is the kind of ugly spectacle you might see at a sporting event.

Here’s to hoping Gutfeld would treat racism at an Italian soccer match with a little less irreverence than he treats U.S. politics.