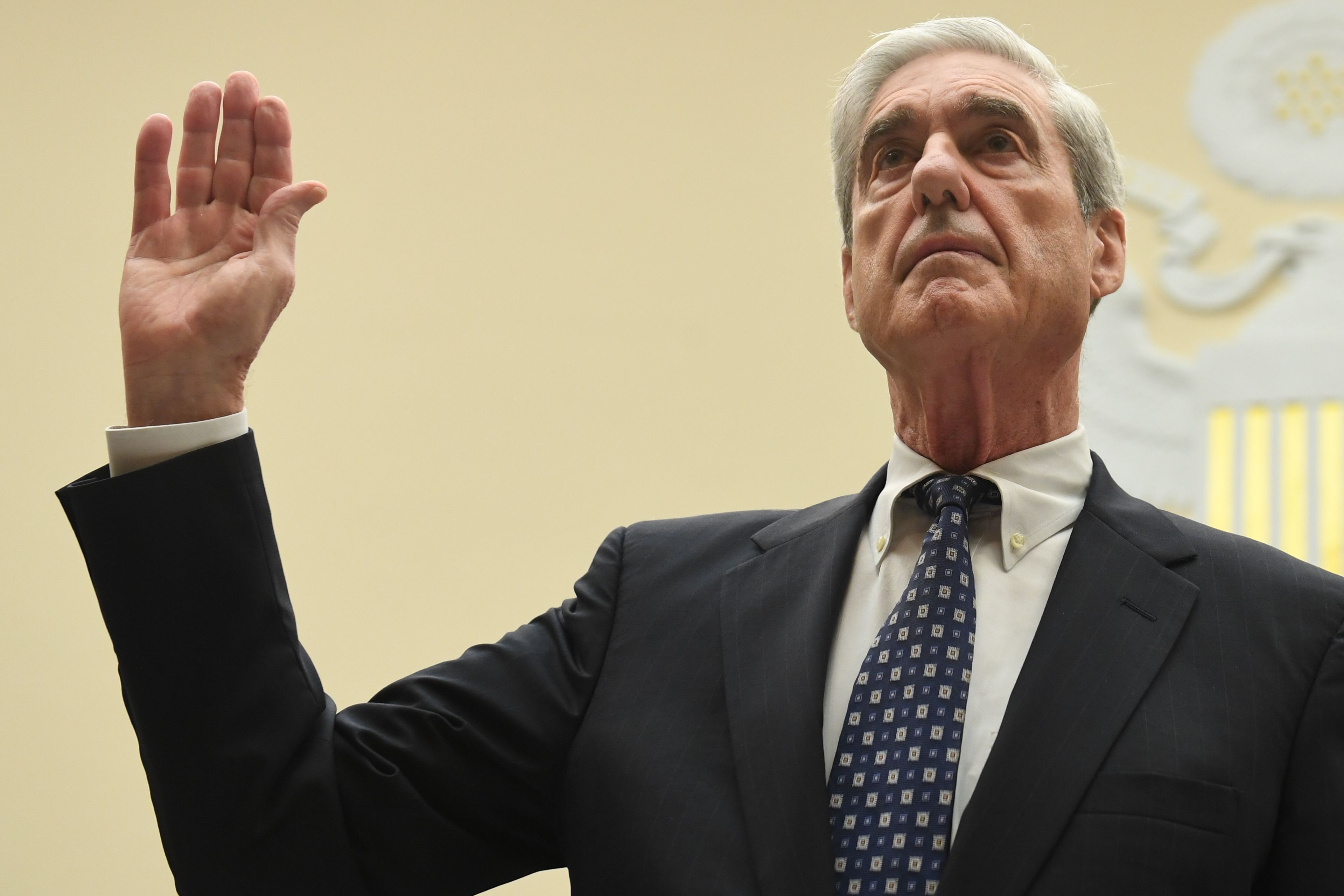 One of the primary goals for any column I write is that it provides a perspective that is being under-represented, if not totally ignored, in the rest of the news media. Through many years of direct experience and close observation, I have become completely convinced that the modern news media is fundamentally broken, and is therefore routinely screwing-up large stories in significant ways.

Part of my rather small role in the media landscape is to focus at least a little bit of attention on these circumstances when I see them happening, often by getting deeply involved via hands-on reporting. In 2019, this happened quite a bit, with lots of different topics falling under the category of stories I wrote about in an often futile effort to correct situations where the majority of the news media was getting it mostly, if not totally, wrong.

Here, in chronological order, are the dozen topics about which I wrote in the past year where, in my opinion, the news media blew it most dramatically:

Trump’s 2016 Moscow Tower Project: Of all of the many damning revelations of the Robert Mueller investigation, the one which was the most under-reported was that Trump was trying to build a massive tower in Moscow while the 2016 GOP nominee, lied about it publicly on multiple occasions, and his personal lawyer Michael Cohen admitted lying to Congress about the timing of the project.

Because Mueller made the very odd decision to cut the legs off of a perfectly logical Buzzfeed report indicating that President Trump had suborned Cohen’s perjury, the media, now frightened of the entire story, pretended, surely much to Trump’s delight, that the entire episode never even happened. Consequently, remarkably few Americans are even aware of this Moscow Tower episode, which could have been politically damaging to Trump and resulted in his impeachment much sooner.

Jussie Smollett’s Obvious Hate-Crime Hoax: The television actor’s tale of being assaulted because of his race and sexuality, very late on an extremely cold Chicago night, never made a damn bit of sense and had no evidence to support it. Despite this, the major news media universally pretended that it could have happened the way that he claimed, obviously terrified of calling someone with multiple layers of political correctness protection a liar.

Eventually, just as I predicted, the entire hoax collapsed, though, outrageously, the ensuing charges against Smollett were somehow dropped. The national media quickly moved on, acting as if the whole thing never really happened, or that no important lessons should be learned from the fiasco.

The End of California’s Drought: When California was in a major drought in the middle of this decade it was a source of constant national news and used as evidence of catastrophic climate change. Reasonable people can disagree about what it means, but there has been no significant media coverage of how California, along with the United State as a whole, is now, as it has been all year long, statistically in tremendous shape on this important environmental front. Gee, I wonder why?

HBO’s Attack on Michael Jackson Implodes: HBO aired a four-hour “documentary,” along with an hour special hosted by Oprah Winfrey, which featured two adult men, Wade Robson and James Safechuck, accusing long-deceased pop superstar Michael Jackson of horrific sexual abuse from many years ago. After an extensive investigation of these claims, including doing several interviews with people involved in the story who were not in the “documentary” but should have been, I am persuaded that the movie is based on a fraud intended to extort millions of dollars from Jackson’s estate.

Much of the foreign media has been willing and able to come to similar conclusions, but here in the United States there has been almost no coverage of the inherent absurdity of these allegations, and how devoid of any reasonable evidence they are. Tellingly, not one accuser has joined Robson and Safechuck’s massive lawsuit against the Jackson estate, which, if Jackson was really a serial abuser, would be nearly impossible this long after a five-hour, internationally-aired “advertisement” asking for more victims to come forward.

Bill Barr Lies About the Mueller Report: When Attorney General Bill Barr, chosen for the position because Trump’s previous attorney general, Jeff Sessions, was unwilling to interfere in the Russia investigation, announced that the Mueller Report exonerated the president, even most of the anti-Trump media accepted that this must be true. I was one of the first to express skepticism about the media’s naïve trust that Barr wasn’t strategically lying in order to sabotage the report. It eventually became rather clear that the media was wrong to have blind faith in Barr and that the consequences of that miscalculation were devastating.

Al Franken Is Belatedly Exonerated: Jane Mayer, a liberal writer with tremendous #MeToo credibility, did an extensive expose, far too late, essentially exonerating former senator, and liberal hero, Al Franken from the sexual harassment claims which caused him to resign from office in 2017. However, instead of admitting that there was an obvious rush to judgment against him, and trying to correct it, the media almost universally decided to either attack Mayer for daring to question the #MeToo Gods, or just disregard her piece.

The “Brian Banks” Movie Gets No Scrutiny: It did poorly at the box office anyway, but if the media’s #MeToo crusaders knew the real factual record that led to the movie about the “exoneration” of football player Brian Banks after he had pleaded guilty to rape charges, there would have been serious protests.

Malcolm Gladwell’s Book Finally Blows Apart the “Penn State Scandal”: Eight years after it was the biggest sports scandal of this century, best-selling author Malcolm Gladwell wrote a chapter in his new book, Talking to Strangers about how most, and quite possibly all, of the “Penn State/Joe Paterno/Jerry Sandusky” saga was a media-created myth. Gladwell used me, someone who has devoted most of the last eight years to exhaustively investigating the case, as his primary source and, while he barely scratched the surface on the fiasco, his book did a good job of explaining why what really did and did not happen at Penn State is simply the greatest story in the history of modern media that no one in the major media is courageous enough to tell.

That same media, all-too-predictably, continues to pretend, despite Gladwell’s best-selling book, that there isn’t now overwhelming evidence that they botched this story far worse than any other big one in our current era.

The NCAA Ends College Sports As We Know Them: It is my strong belief that years from now the NCAA’s announcement this year that, thanks to pressure from a crazy California law, starting in 2021 college athletes will be allowed to be paid for their “name and likeness” will be seen as the moment that all college sports, not just the money-makers, died due to catastrophic unintended consequences. The most amazing part of that writing of history will be the utter astonishment of the authors at the complete lack of scrutiny the decision got in 2019 from the overtly liberal and usually moronic sports media, which not only sat and watched silently as a great institution was burned to the ground, but they mindlessly helped set the fire.

Matt Lauer Gets Accused of Rape in Ronan Farrow’s Book: Not long after Farrow’s book came out, and I had written a column skeptical of the reporting about Lauer in the book, Lauer called me and invited me to New York to do a rather unusual off-the-record interview. At that point, having spoken to Lauer in incredibly frank terms, both in person and on the phone, for at least ten hours, I was quite confident that Lauer’s version of this story made a lot more sense than Farrow’s, but that there was just no place in the post-#MeToo media environment for Lauer to effectively tell it.

If there is any fairness remaining in the news media, I fully expect that in 2020 you will be hearing a far more extensive alternative narrative of what really happened here, one which is rather damning to Farrow’s overrated reputation as a serious journalist. In the meantime, perhaps someone in the news media will eventually find it very odd that in the two months since, in response to Farrow’s book, NBC announced that they would let anyone who signed an NDA with them to publicly discuss allegations of sex abuse (presumably against Lauer), there is no indication that even one woman has done so.

The Media Gives Credibility to Epstein Conspiracy Theories: Despite what you may have heard, and what a strong plurality of people apparently believe, Jeffrey Epstein committed suicide in a federal prison. But that didn’t stop much of the media from cynically (cluelessly?) enabling the baseless conspiracy theory that he was somehow murdered, mostly because it was a narrative that was sure to get lots of easy Internet traffic.