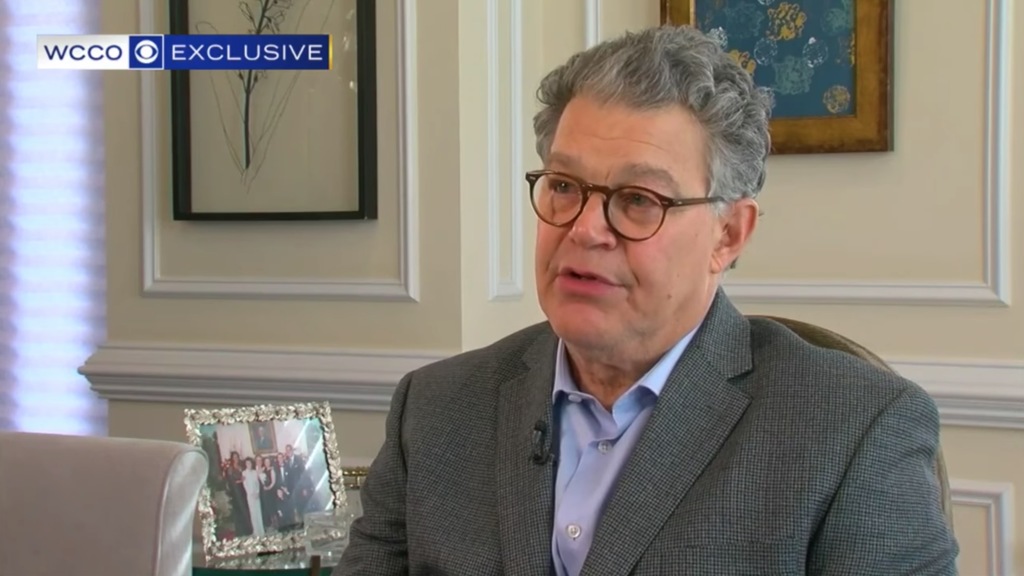 Back when in 2017, when Al Franken was forced resign from the Senate under a dark cloud of sexual harassment allegations, I was one of few people to defend him against what sure seemed to be a rush to judgement. In Mediaite, on television, and in USA Today, I argued, despite being a conservative who doesn’t even like Franken, that the evidence against him was very suspect. Mostly because the story of his primary accuser, LeeAnn Tweeden, had significant problems.

Today, in The New Yorker, Jane Mayer has written an extremely long piece revisiting the entire controversy and concluding that — get this — Tweeden’s story isn’t credible and that Franken was railroaded by a rush to judgement by the news media and Democratic senators. When I read the essay, written by a #MeToo supporter with whom I have clashed via emails over her very negative coverage of Brett Kavanaugh, my head was spinning.

Now that I have regained my bearings, there are two aspects of this story that I would like to address. The first is Tweeden’s allegations against Franken, and the second is how this entire fiasco is a yet another damning indictment of the modern news media.

As for Franken and Tweeden, Mayer did a pretty decent job of outlining the major credibility issues surrounding the allegation of the model turned radio “news” personality. Of particular importance was the nature of how her account was immediately treated as a reputable “news” story, when it was really just an un-vetted opinion piece on the website of a lowly-rated conservative talk radio station in Los Angeles (against which I once competed).

Since much of the case against Franken centers around that infamous photo of him stupidly pretending to grope Tweeden on a USO trip, I was surprised Mayer didn’t use some of the images which tell a very different side of this saga. While Mayer only referenced the first one, here are the two photos which raise the largest red flags about Tweeden’s account. 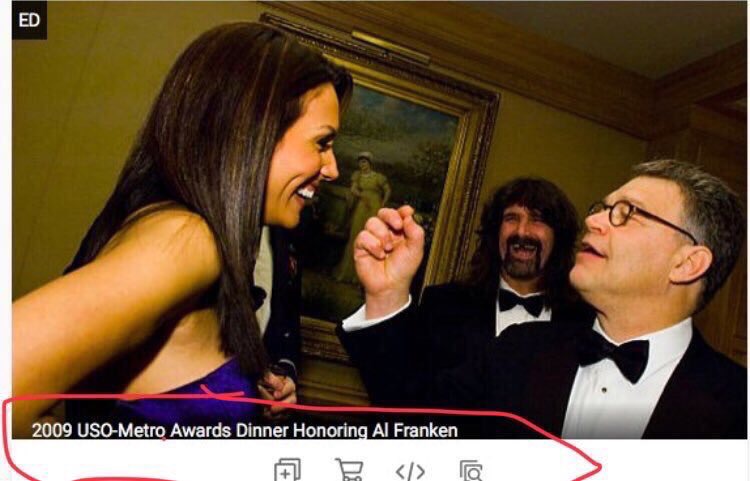 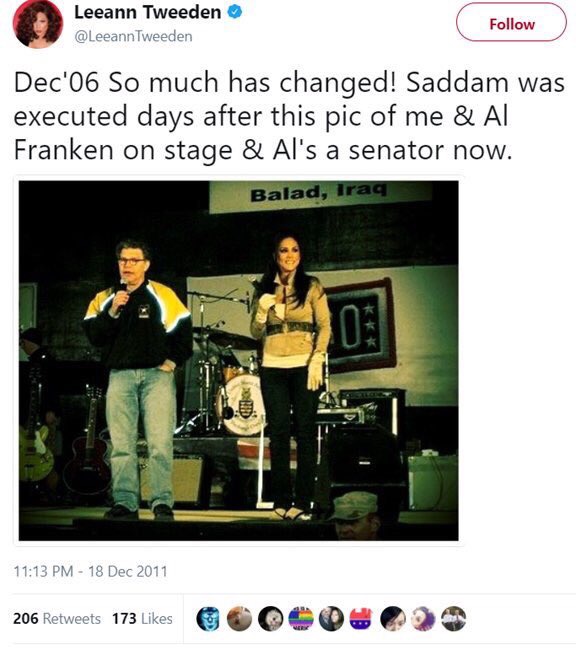 The first is Tweeden attending, across the country from her home, a USO event in honor of Franken, three years after the alleged harassment, and clearly joking around in the VIP room with him. The second is Tweeden tweeting nostalgically about the very USO trip where she later claimed Franken was abusive towards her.

I get that in the post #MeToo era there is no longer any evidence that can help exonerate a prominent man, especially one with powerful political enemies, who is accused of such bad behavior. But these photos alone, which were well known before Franken was forced to resign (though I had to go through an absurd amount of vetting to prove their existence to USA Today), should have at least put the brakes on the crazed rush to judgment against him, and allowed for all the facts to be rationally considered before he resigned.

Since Franken isn’t coming back anytime soon, the larger issue here may be what all of this says about our fundamentally broken news media, especially in the realm of how these types of allegations are now evaluated. Frankly, the news media has catastrophically failed at every turn of this saga.

The news media rushed to judgement here because of the post-#MeToo timing and a strong desire to expose Republican hypocrisy over their support of Roy Moore’s senate bid in Alabama. They never gave Tweeden, or the accusers which suddenly followed her (all of which also had issues), any scrutiny, or Franken, who handled the whole crisis like a naïve wuss, a remotely fair hearing.

Now, the only major media outlet to revisit this story, way too late, has done so via the work of Mayer, who is a well-known #MeToo crusader who went out of her way, along with colleague Ronan Farrow, to resuscitate an extremely old and dubious account against Brett Kavanaugh from his days at Yale. I confronted Mayer via email at that time, provoking an extended exchange which I found to be mind-blowing in the way in which she meekly defended her suspect reporting of a case that, in my view, had all the makings of an urban legend.

The hypocrisy of the dramatically disparate standards for how to evaluate an allegation that Mayer is now using to defend Franken in comparison to how she chose to prop up an even less credible claim against Kavanaugh is obvious. It is also in keeping with the political bias of both her and her publication.

But just because she was wrong about Kavanaugh doesn’t mean she isn’t dead-on about Franken. Somewhat hilariously and quite tellingly, however, most of the media reaction to her vindication of Franken, on both the left and right, has been extremely negative.

Liberals don’t want to admit that they were wrong to allow one of their own to be needlessly sacrificed on the altar of #MeToo, and are offended that Mayer, by breaking the new rules of the movement, may be now allowing future accusers to actually be scrutinized. Conservatives also don’t want to admit they were wrong about Franken, and see her work on Kavanaugh as having disqualified her from having a credible say on these matters (though I am pretty darn sure that if she had written a “mea culpa” about Kavanaugh she would be hailed as a heroine by the right today).

So, we now live in a media environment where people get praised for telling popular falsehoods, and then attacked for correcting the record in a way which makes the media feel badly about themselves for having been wrong. Since humans are creatures of self-interest, this is exactly why false stories which have an audience will continue to gain traction, and correcting narratives in which the news media is emotionally invested is now virtually impossible.