If Barr’s Roll Out of the Mueller Report is as Contrived as It Seems, It is Both Brilliant and Damning 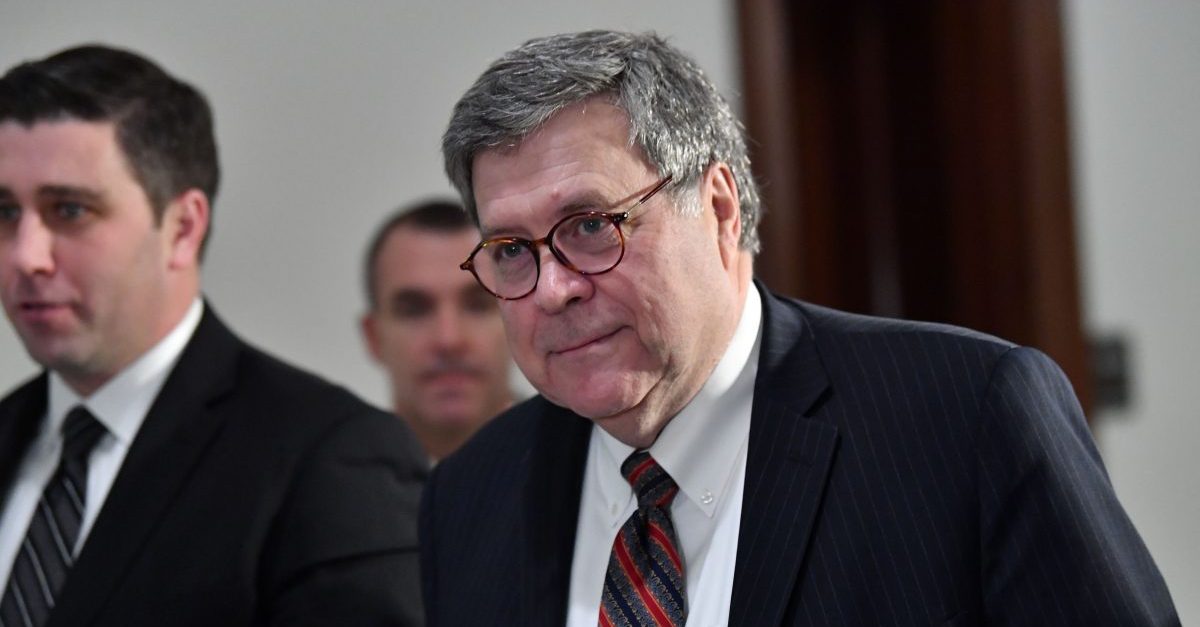 On Thursday, three weeks after it was first submitted, the public will finally get to see at least part of Special Counsel Robert Mueller’s extensive final report on Russia’s meddling into the 2016 presidential election. While much of the news media is once again ramping up the anticipation for this release, regardless of what that report actually says — and it could be very bad factually for the president — it is clear that President Donald Trump is going to emerge victorious in this war.

Since truth has very little, if any, intrinsic value in this nonsensical era, we are really just waiting to find out what the final score will be.

It is certainly possible that, when all the smoke has finally cleared, Attorney General Bill Barr’s controversial summary of the final report will vindicated, and Trump will be largely, if not totally exonerated of criminal behavior. However, it currently appears far more likely that Trump is going to win this battle not because the facts warrant it, but rather because Barr has done a highly contrived and seemingly masterful job of releasing the report in the least damaging fashion imaginable.

On paper, it is almost laughable that the way Barr has chosen to disseminate the Mueller Report is not being universally ridiculed as a primarily political, overtly strategic and conniving on behalf of Trump. Here are just a few of the data points which would require “The Easter Bunny is Real”-level naiveté to blindly interpret what is going on here in any other way:

Based largely on this factual record, the conventional wisdom is that Thursday’s release will be almost as anti-climactic as Barr’s summary because it will be filled with critical redacted portions. This will likely be one of those rare circumstances when the CW is actually correct, for there is no other way to reasonably justify the three-week delay in releasing the report.

My guess is that the reason this release has taken so long is not because the redaction process really required that much time, but rather there was great care taken to strategically decide how many redactions they could plausibly get away with, and which damaging tidbits are most worth keeping hidden from the public for as long as possible. Under this scenario, Barr’s rollout is all very cynically planned so as to take all the air out of report, while making those demanding full disclosure look desperate, crazed, and out-of-touch with public sentiment.

So here is how it all may go down…

With great fanfare, the news media rushes to get through almost 400 pages, eager to find something new or damaging regarding Trump. Since it is incredibly easy to redact just enough to render any allegation impotent, they can’t really find much, if anything, like that and end up looking like Geraldo Rivera infamously opening Al Capone’s vault, all while endlessly rehashing stuff that we already know.

The net result will be that the narrative of Barr’s initial summary will not be convincingly refuted. Instead, we will be left with more questions than answers.

While the redactions will be a large part of the prevailing storyline, and there is some risk of Barr creating even more intrigue by generating too much mystery surrounding what is being hidden (and thus more anticipation for Mueller’s seemingly inevitable testimony), this will mostly play right into Trump’s hands. Democrats will be forced to fight a long legal battle over getting that information made public, all while Trump and his allies accuse them of being unwilling to accept the reality that the whole thing was a “witch hunt,” and wasting the nation’s time, all while endangering our national security.

Because our attention spans are so frighteningly short, delay already has been, and will continue to be, a winning tactic for the Trump team. No Trump supporters are going to read the full report, the state-run media will claim, since there is nothing new, that therefore Trump has been vindicated, and the rest of the public, even those who may see through the charade, already exhausted from this two-year saga, will quickly lose interest, especially with the focus now turning to the 2020 election.

The irony here, of course, is that if the Mueller Report really “exonerated” Trump in any significant fashion, none of this would be necessary. In a world turned upside-down, it wouldn’t be at all surprising if a process intended to show that Trump is “innocent,” and which eventually allows him to emerge victorious, may actually end up providing some of the strongest indications that he is actually guilty.