Matt Gaetz Appeared on Fox News 18 Times in March. His Scandal Has Gotten Zero Mentions on the Network in April. 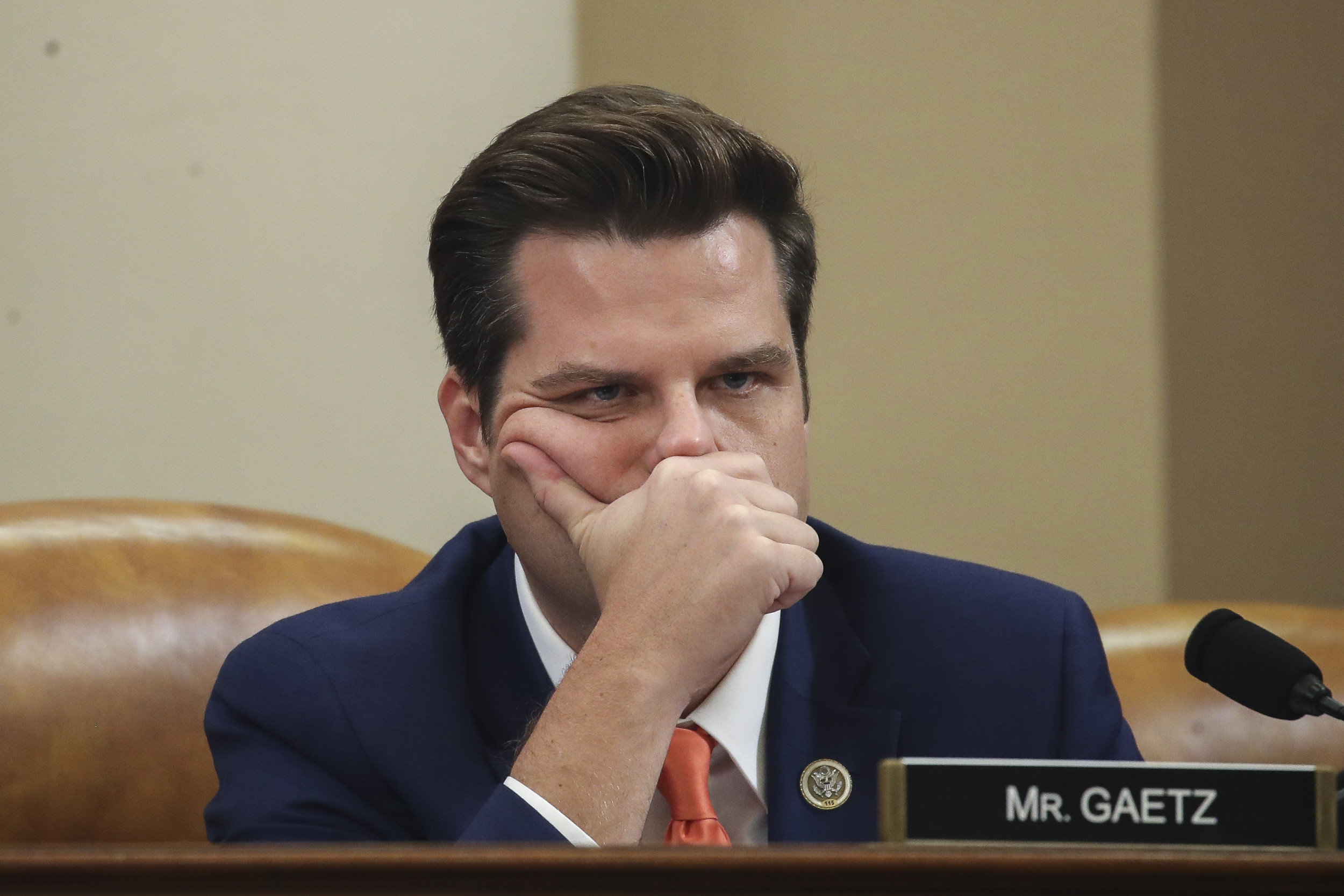 Rep. Matt Gaetz is such a regular presence on Fox News that when it was reported he was eyeing an early retirement from Congress for a gig at Newsmax, the biggest surprise was the choice of network.

Gaetz appeared on Fox News 18 times in March. According to a Washington Post analysis, in the last year, he has averaged a staggering 87 minutes per month on the network.

And when news broke Tuesday night that Gaetz was being investigated by the Justice Department for a possible relationship with a teenaged girl, he responded first on Tucker Carlson Tonight.

But as the headlines have gone from bad to worse for the Florida congressman, Fox News seems to have turned its back on the MAGA superstar.

When Gaetz told a reporter this week that he had spoken to Fox News executives about his career after Congress, a spokesperson for the network shot the prospect down with a cannon: “No one with any level of authority has had conversations with Matt Gaetz for any of our platforms and we have no interest in hiring him.”

The friction is understandable. After all, Gaetz’s Fox interview was an embarrassing mess for the network. The congressman twice tried to rope Fox News host Tucker Carlson into his own controversy, first bringing up a decades old allegation against Carlson (which the host denied) and then revealing Carlson and his wife once went on a double date with Gaetz and an unnamed woman. The interview left Carlson “livid,” sources told CNN.

While Fox News may be pissed at Gaetz, it is currently doing him the enormous courtesy of ignoring his scandal.

Gaetz-gate was mentioned on a couple of Fox News shows the day after the Carlson interview. But on Thursday, when the most shocking allegations against Gaetz were revealed in a pair of bombshell reports, the network went silent.

According to the New York Times, Gaetz is under investigation for paying a number of women for sex. The Justice Department is also looking into whether Gaetz had sex with a 17-year-old girl and whether she received anything of material value in exchange. The Times obtained receipts showing payments from Gaetz to women, who told friends they were paid for sex. Gaetz also reportedly took ecstasy before having sex with the women. Gaetz has denied having sex with a minor, and ever paying for sex.

So here is what we have: A prominent national politician under criminal investigation for paid sex with women, one of whom was reportedly a minor at the time. Oh, and ecstasy. The story is both scandalous and eminently newsworthy.

Sounds like a perfect story for cable news, right? Not Fox, which has not mentioned Gaetz on air since 6 p.m. Wednesday. In April, “Gaetz” has been mentioned 69 times on CNN, 74 times on MSNBC, and 0 times on Fox, according to TVEyes.

But perhaps we shouldn’t ascribe partisan motives to the network’s decision not to cover the Gaetz scandal. Fox News might be taking a pass simply because it doesn’t have time to devote to the Florida congressman when there are other pressing news matters at hand. Matters like Hunter Biden, who has been mentioned nine times on the network this morning.