Meghan McCain Told Don Jr. His Family Has ‘Hurt a Lot of People’ — She Should Look Closer to Home 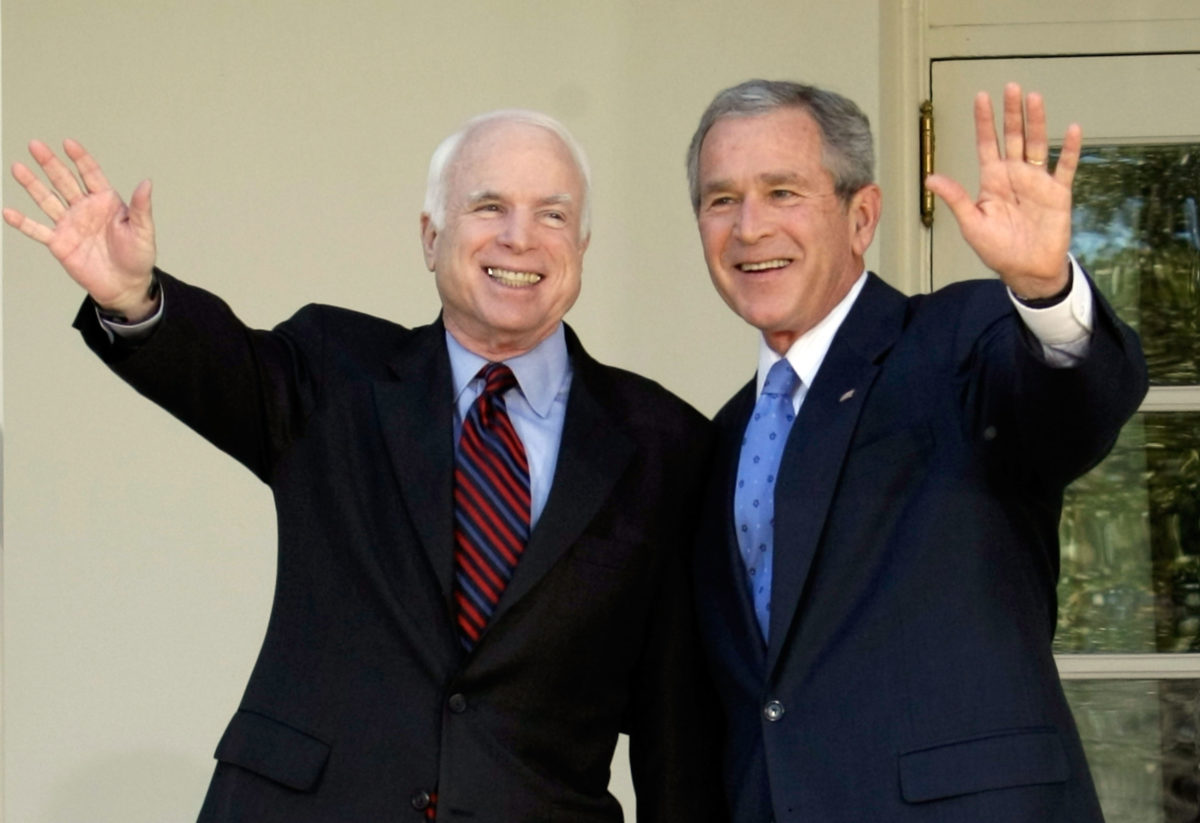 The View co-host Meghan McCain told Donald Trump Jr., a guest on the show Thursday, that his family had “hurt a lot of people.”

“You and your family have hurt a lot of people, and put a lot of people through a lot of pain, including the Khan family, who was a Gold Star family that I think should be respected for the loss of their son,” McCain said. “Does all this make you feel good?”

Though plenty of liberals sneered along to The View co-host’s comment, it was statement drenched in irony considering McCain’s own family background.

Meghan’s father, the late Sen. John McCain (R-AZ), was perhaps the greatest and most significant proponent of war in modern American history.

According to the United Nations, in Afghanistan in the first half of 2019, more civilians are being murdered by U.S. and allied-Afghan forces than insurgents. Innocent farmers are reportedly being killed in American drone strikes.

It was during this war that a U.S. air crew was recorded laughing while they mowed down Iraqi civilians, including two Reuters journalists, who were killed, and two young children who were injured. Unsurprisingly, Meghan has subsequently been a supporter of the prosecution of WikiLeaks founder Julian Assange, who made this leaked video public.

The death toll is disputed, but the fall of Gaddafi indisputably fueled the rise of Islamic State and led to a refugee crisis that has displaced 21 million people. Nearly ten years on, the country is not even close to recovering.

Following in her father’s footsteps, Meghan also supported the invasion of Iraq, commenting, “I’m more liberal on social issues, but when it comes to global warming, stem-cell research and the war in Iraq, we agree on those issues.”

More recently, she called on the United States to “stand up to” Syrian President Bashar al-Assad, who has long been in the sights for regime change.

Now, don’t get me wrong, President Donald Trump’s record in responsible foreign policy has been far from okay. But in his few years in office, Trump hasn’t been able to make even a slight dent in Sen. McCain’s bloody record.

As a prominent senator, a 2008 presidential candidate, and a friend of President George W. Bush, John McCain was always more than just a private citizen expressing opinions. His blessings, his lobbying and his activist support for war had consequences, and those consequences consisted of a lot of suffering. Far more suffering, it should be noted, than Trump’s mean words about Gold Star families.

Millions of innocent people lost their lives, limbs, loved ones, and homes as a result of the hawkish military campaigns that John McCain put his name, respect, and influence behind, and that indelible stain will never be washed from his family’s legacy.

“McCain has supported just about every military conflict that’s come his way, including Afghanistan and the disastrous war in Libya,” Marcetic said. “He pushed for airstrikes against North Korea, temporarily joined forces with Obama to call for a strike on Syria, and sent weapons to Saudi Arabia for its war in Yemen, an unspeakable humanitarian disaster.”

If we’re going to start holding people accountable for the sins of their fathers, maybe Meghan should sit this one out.