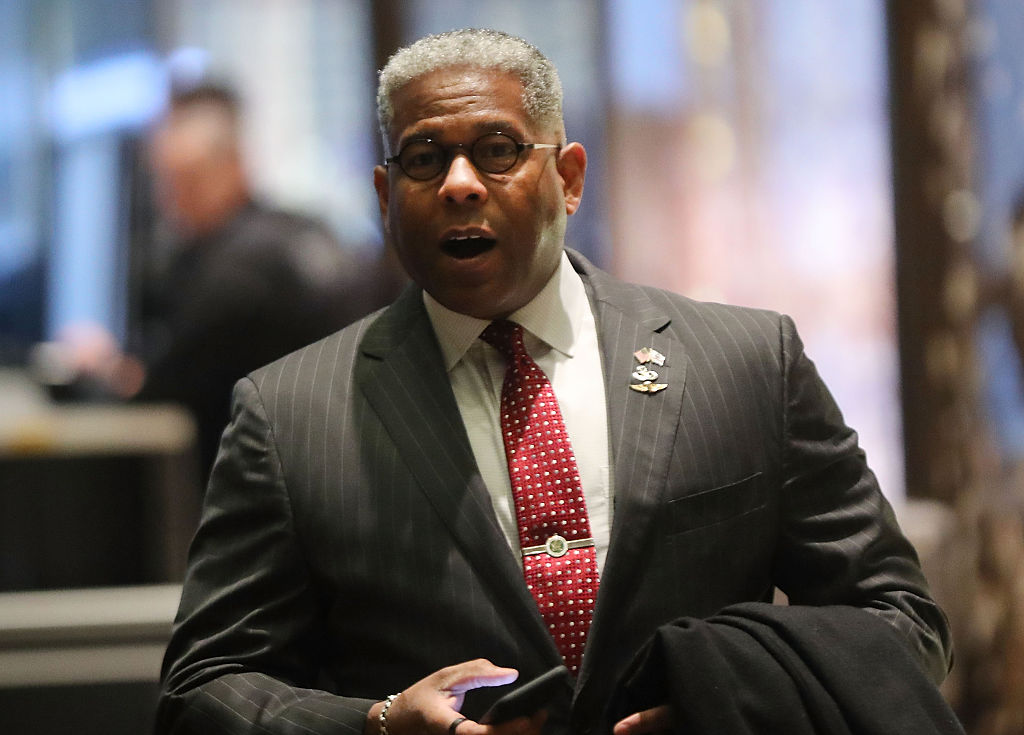 Former Rep. Allen West (R-FL) has had a colorful political career, from his one-hit-wonder singular term in Congress to his move to Texas and surprise election to head the Texas Republican Party, and he’s not slowing down in 2021. When CNN’s Andrew Kaczynski published an article quoting several recent comments by West about Texas seceding from the United States, West fired back in a tweet that “left-wing propaganda mill” CNN was “running a hit piece” on him and “the progressive socialist left are the real racists.”

Kaczynski’s article includes multiple quotes by West on radio interviews since the November 2020 election falsely suggesting that Texas could secede from the United States and become an independent country. The quotes are included at length, with dates and sources noted.

As Kaczynski noted, however, West’s interpretation of the law and facts is incorrect:

Experts, however, say that Texas cannot legally secede and leave the United States to become its own republic. The annexation resolution West is referring to stipulates that Texas could, in the future, choose to divide itself into five new states, not divide itself from the US and declare independence. West mistook the congressional annexation resolution that made Texas a state for the Texas constitution.

It’s the type of error one might make if they haven’t lived in Texas very long.

The Texas GOP did not return CNN’s requests for comment, but West responded on Twitter, excoriating the “left-wing propaganda mill” CNN for “running a hit piece” on him, blaming “the progressive socialist left” as the “real racists” who were “terrified of a strong, principled Black conservative.”

Not surprised left-wing propaganda mill @CNN is running a hit piece on me b/c the progressive socialist left are the real racists & terrified of a strong, principled Black conservative b/c it destroys their narrative & agenda to break America into ethnic & economic classes. pic.twitter.com/TpqGcDoPlo

In a follow-up tweet, West promoted a right-wing conspiracy theory that President Joe Biden is not actually in charge of his administration, along with another slam on the “spin and fake news” from CNN. A similar comment was also posted on West’s Facebook page, along with the same screenshots of Kaczynski’s email seeking comment.

It is President Biden — or whoever is running the admin — that is using EOs to undermine our individual liberties, rule of law & our constitutional rights. I look forward to reading this piece. It is always amusing to see how much spin and fake news @CNN can fit into one story. pic.twitter.com/k2dPwM2J4Q

It should be noted that West has not disputed the accuracy of the quotes in the article, claimed they were unfairly taken out of context, or otherwise misrepresented. Kaczynski included a variety of West’s comments, including one where he argued against secession, saying that he preferred for Texas to “lead, not so much secede.”

Allen West didn’t respond to my comment request. Instead tweets it after we published. Doesn’t dispute any details at all, but calls it “spin and fake news.”

However, West’s repeated quotes show him supporting the idea that Texans could theoretically vote for the state to secede and become an independent country again. This isn’t an accurate interpretation of Texas or federal law, and any attempt to leave the United States would likely spawn a second civil war.

But perhaps that’s West’s goal. Multiple other quotes reported by Kaczynski show West saying that the country is currently in an “ideological civil war” and agreeing with a radio host that an actual civil war would be “worth it.”

If Kaczynski got any aspect of his article incorrect — a misquote or inaccurate context — that would demand an explanation and correction. But so far there do not appear to be any errors, and collecting and accurately reporting a political figure’s own words isn’t racism, it’s journalism.