Erdogan Reportedly Tried to Convince U.S. Not to Sanction Him By Showing Senators Anti-Kurd Video on iPad 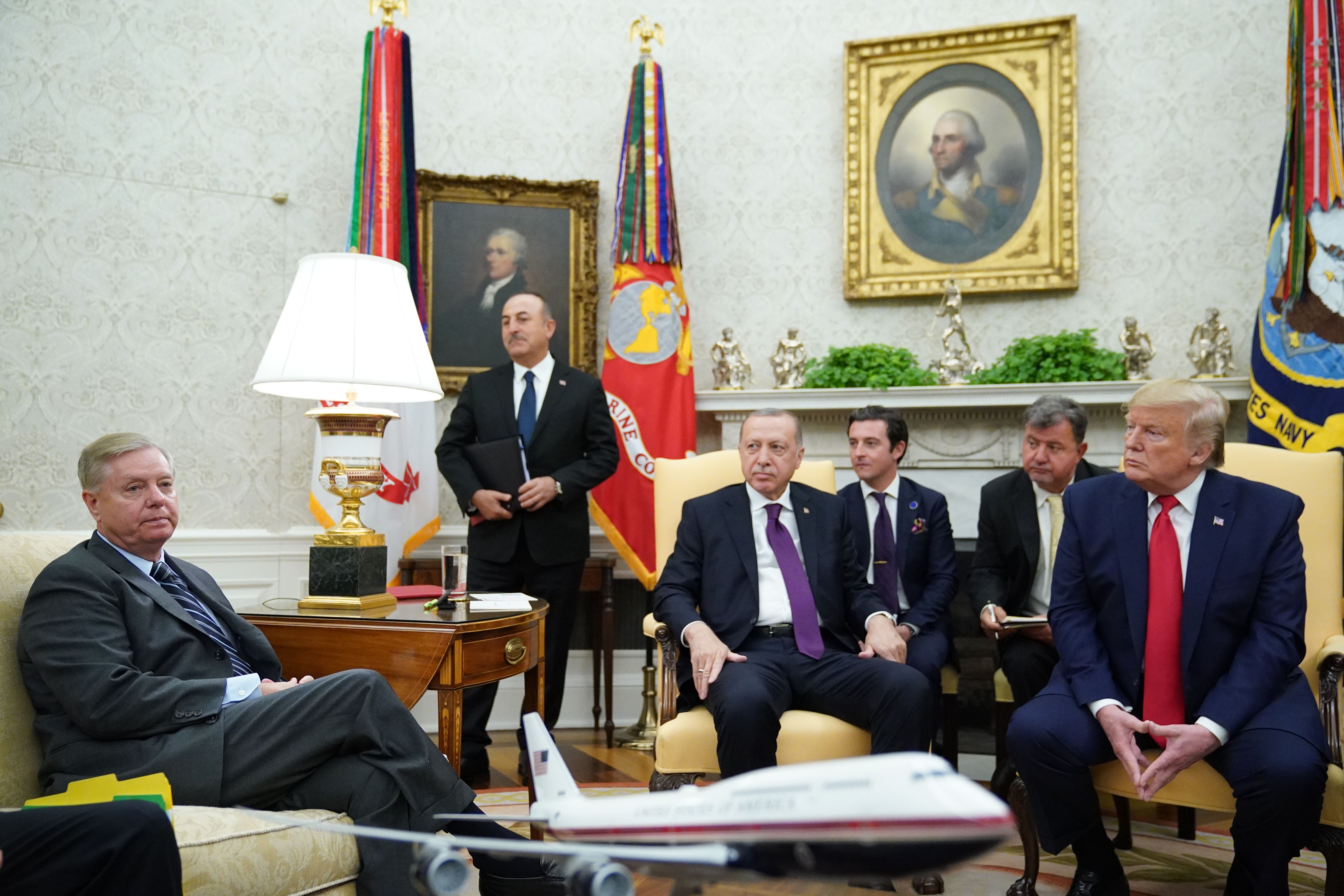 Axios has some behind the scenes details on the Oval Office meeting between President Donald Trump, Turkish President Recep Tayyip Erdoğan, and five U.S. senators who have been harshly critical of Turkey’s invasion of Syria.

According to Jonathan Swan, Erdoğan sought to sway the U.S. lawmakers by showing them a propaganda video on an iPad (an iPad!) that depicted the Kurds as terrorists. Erdoğan is seeking to avoid U.S. sanctions over his purchase of a Russian missile defense system. A source told Axios the video “was unpersuasive.”

Sen. Lindsey Graham (R-SC) — a harsh critic of Turkey’s invasion of northern Syria, which was triggered by Trump abandoning the U.S. allied Kurds in the region — hit back at Erdoğan’s video with a cutting rejoinder: “Well, do you want me to go get the Kurds to make one about what you’ve done?”

According to the report, Graham and Erdogan got in a heated back and forth over whether Turkey’s invasion of Syria was truly an “invasion,” and whether the country had helped in the fight against ISIS more than the Kurds.

“The Turkish narrative that they have done more to destroy ISIS, I rejected forcefully,” Graham told Axios, “and I let Turkey know that 10,000 SDF fighters, mostly Kurds, suffered, died or injured, in the fight against ISIS, and America will not forget that and will not abandon them.”

As Swan pointed out, “Trump has said the opposite about the Kurds” — which must be somewhat confusing for Erdoğan.