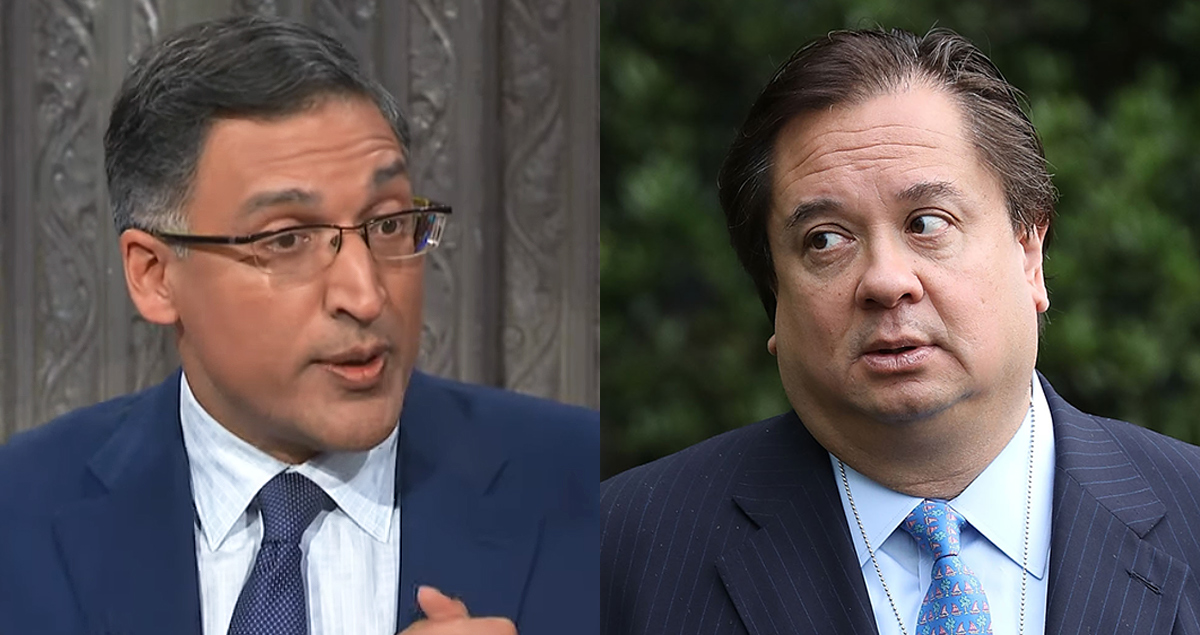 Husband to Kellyanne, provoker to Trump, and lawyer to his clients George Conway has an op-ed out this week, co-written with former acting solicitor general of the United States and drafter of the Special Counsel regulations under which the Russia probe was conducted Neal Katyal, in which the two attorneys argue that the brief filed by the Trump team on Monday is an “invitation” for Congress to undertake impeachment proceedings.

The appellate brief filed on Monday by the Trump administration has faced a deluge of criticism, and not just the normal deluge anything Trump does faces. To put it briefly, the brief amounts to a quintuple-down on the oft-repeated argument from Trump’s team that the legislative branch has no authority to investigate him.

In Wednesday’s op-ed, Conway and Katyal described it as a “spectacularly anti-constitutional brief”, and argued that the byproduct of the filing is that it is practically an invitation for impeachment.

On Tuesday, Trump gave us direct evidence of his contempt toward the most foundational precept of our democracy — that no person, not even the president, is above the law. He filed a brief in the nation’s second-most-important court that takes the position that Congress cannot investigate the president, except possibly in impeachment proceedings.

That line is the primary foundation for the article’s premise. Essentially, that in making the argument to the court that the only legitimate way Congress has to investigate Trump is within the context of impeachment, that the Trump administration has effectively argued that only by impeachment can Democrats investigate.

There is a lot of good snark to be had, such as when they write that “to describe Trump’s brief is to refute it,” and they dispute the premise that Congress does not already engage routinely in investigations of matters that involve criminal behavior or law-breaking, considering their responsibility to craft law. The two also, naturally, establish some of the background, as above, on the particular aspect of investigation here being appealed, but in the end it really comes down to the impeachment question.

Here’s an excerpt of the crux of the argument:

That said, Trump’s brief can be construed as an invitation to commence impeachment proceedings. In those proceedings, Trump’s attitudes toward our Constitution’s checks and balances, in addition to evidence of obstruction of justice, must play a key role. I

You can click through for how they make their case, and the inevitable Nixon comparison.

It is only the latest heavy weapons fire from Conway, who this week has also been at the center of discussion over the President’s mental health, and subsequent discussion about the very idea of speculation on matters such as mental health. So a busy week for husband of the counselor to the President.

And it’s only Wednesday.