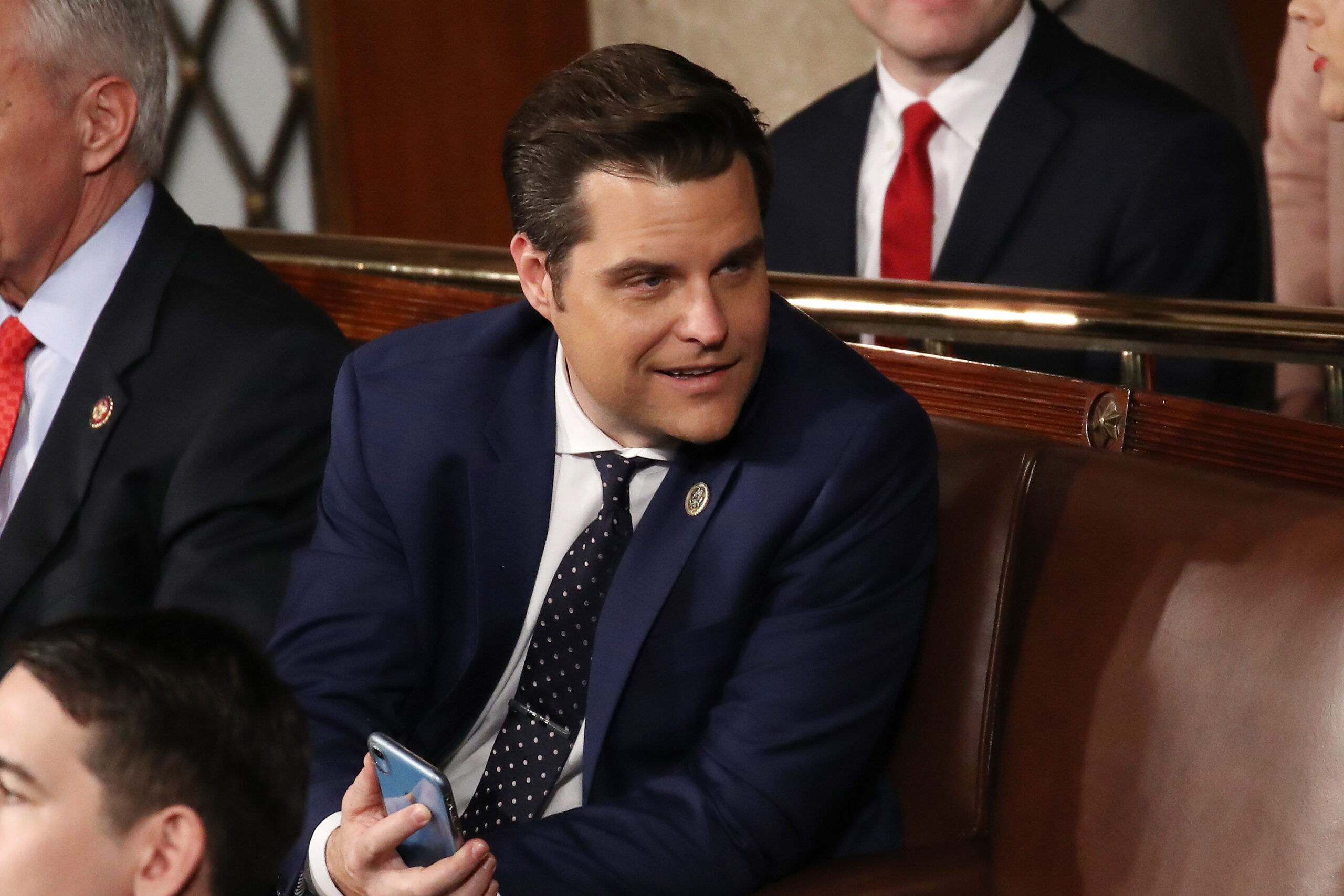 Rep. Matt Gaetz (R-FL) reportedly asked former President Donald Trump for “blanket pre-emptive pardons” for himself and his congressional allies, according to the New York Times.

The report comes following news that the Department of Justice is investigating 38-year-old Gaetz over a potential relationship with a 17-year-old girl. The Times report notes that “it was unclear whether Mr. Gaetz or the White House knew at the time about the inquiry.”

“Mr. Gaetz did not tell White House aides that he was under investigation for potential sex trafficking violations when he made the request,” the Times reported. “But top White House lawyers and officials viewed the request for a pre-emptive pardon as a nonstarter that would set a bad precedent, the people said.”

While Gaetz responded to the allegations by claiming that he and his family are the targets of an extortion scheme by a former DOJ official, the representative has still seen little support from his fellow Republican congressmen.

According to the Times, a Gaetz spokesperson denied that he requested a blanket pardon from Trump — who granted clemency to 143 people.

“Entry-level political operatives have conflated a pardon call from Representative Gaetz — where he called for President Trump to pardon ‘everyone from himself, to his administration, to Joe Exotic’ — with these false and increasingly bizarre, partisan allegations against him,” the spokesman told the Times. “Those comments have been on the record for some time, and President Trump even retweeted the congressman, who tweeted them out himself.”

Although unclear if Gaetz privately spoke to the former president, he did publicly call on Trump to “pardon everyone” in an effort to stop the “bloodlust” of the left.