Politifact Dragged For Pondering the Definition of Murder: ‘Let’s Not BICKER and ARGUE About WHO Killed WHO’ 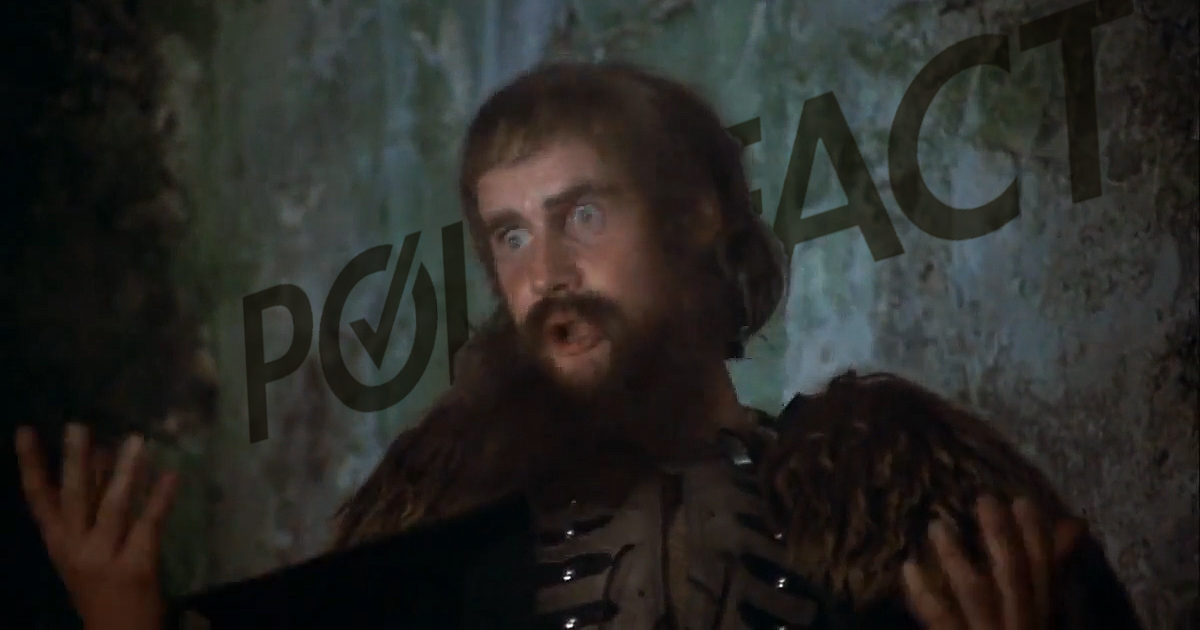 Fact-checking website Politifact, which is operated by the Poynter institute, came under heavy and snarky fire this week after an article “fact-checking” whether using the word “murder” for the death of Michael Brown really matters.

The question arose after 2020 Democratic candidates began referring to it as a murder in Tweets and campaign statements. The tweet which asked the question set off a lot of mockery.

NEW: Kamala Harris and Elizabeth Warren called Michael Brown’s killing in Ferguson a “murder.” Legally, it wasn’t. How much should this word choice matter? https://t.co/Gnv0ZBFCZs pic.twitter.com/H3usKiPyCy

The Poynter Institute is a journalism research and education organization that is not new to friction with conservatives. Just a few months ago the org took fire over a “blacklist” of conservative media sites, which was created with help from the very partisan Southern Poverty Law Center. Politifact specifically has also faced that criticism of partisan bias.

In their defense of the Democratic candidates, those critiques naturally came up once more. For example, Wall Street Journal features editor James Taranto:

“How much should this word choice matter?” https://t.co/oVsUh6hCSG

In which @Politifact twists itself in knots so as not to acknowledge the obvious falsity of Elizabeth Warren and Kamala Harris’s claim that Michael Brown was “murdered” in Ferguson, Mo. It’s almost a parody. https://t.co/TyEf9Lrf92

Much Fact-Checking
“Because the significance of Harris’ and Warrens’ use of the word is open to some dispute, we won’t be rating their tweets on the Truth-O-Meter.”https://t.co/VfBJhIKN5S

…But most of the replies and retweets were focused on the absurd framing in the tweet, as well as highlighting the perceived double standard.

According to theory underlying Michael Mann’s defamation suit, the difference is actionable. https://t.co/NgTpB67zw9

guys if you say that Hillary murdered Epstein, Politifact is powerless to fact-check you https://t.co/NrEGBHfyAy

Spokesman on @PolitiFact rules for use of technical language (like “murder”) by presidential candidates: pic.twitter.com/s9Ex96OzRc

Might as well take the opportunity to remind you that, as far as I can tell, @nytimes, @CNN, @ABCNews, @CBSNews, @NBCNews, @MSNBC, and @WSJ have all avoided reporting on @KamalaHarris, @EWarren and @TomSteyer‘s “Michael Brown was murdered” hoax/conspiracy theory. https://t.co/NRSkXbJGwy

Trump’s lawyer tweeted a meme accusing Clinton of, among other things, murder.

guys if you say that Hillary murdered Epstein, Politifact is powerless to fact-check you https://t.co/NrEGBHfyAy

What kind of crap question is that? The answer, as we all know, depends on the political party of the liars. In this case, they’re Democrats, so “lies” are written off as poor “word choices.”

This is a ridiculous exercise in special pleading from a fact-checking enterprise. https://t.co/3Lv5EOawic

Factually?
A lot
But that has never really been your forte

You’re more about covering for the Left
& attacking the Right

You should change to Politfax since you just generate & retrans propaganda https://t.co/og8FO0r2tD

“What are words, really, and is anybody really entitled to declare what they mean?” -Politifact https://t.co/SND4DedIvn

If the friendly neighborhood semantic anal-rententives are going to start writing about how ACTUALLY it doesn’t do to be too pedantic in parsing politicians’ speech then what on Earth is the point of them https://t.co/8xrc4iTpWi

You are genuinely one of the most unethical organizations on the internet.

so “word choice” is the new euphemism for “lie.” Any Republicans who enjoy this courtesy?

The word choice should matter a whole lot, given that it separates truth from fiction

But surely the most succinct and apt snarkastic tweet was from National Review’s Dan McLaughlin.

New fact-checking standard: “Let’s not BICKER and ARGUE about WHO killed WHO.” https://t.co/DI2zSpwDKq