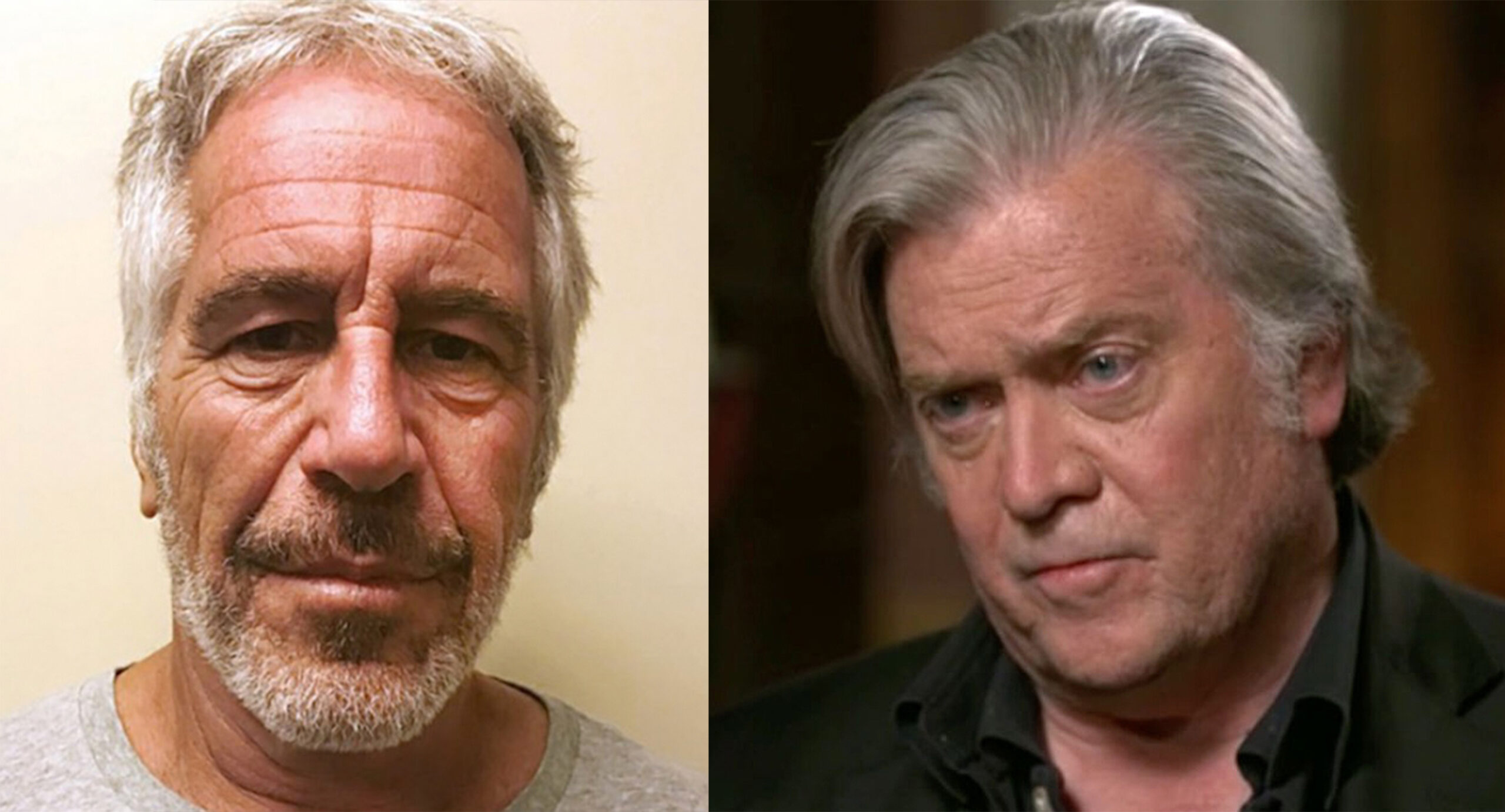 Steve Bannon gave dead sex offender Jeffrey Epstein hours of media training ahead of a planned interview with 60 Minutes, according to a new book by Michael Wolff.

The detail was revealed in a profile of Wolff by Ben Smith at the New York Times. According to Smith, Wolff writes in his upcoming book Too Famous that Bannon visited Epstein in 2019, months before his arrest on charges related to federal sex trafficking. The pair met at Epstein’s Upper East Side mansion, ahead of a 60 Minutes interview that never ended up happening, and the pair practiced for the interview with a camera.

The media trainer is a familiar figure: Steve Bannon, Donald Trump’s campaign guru and onetime White House adviser. Mr. Bannon is both conducting the interview and coaching Mr. Epstein on the little things, telling him he will come across as stupid if he doesn’t look directly into the camera now and then, and advising him not to share his racist theories on how Black people learn. Mainly, Mr. Bannon tells Mr. Epstein, he should stick to his message, which is that he is not a pedophile. By the end, Mr. Bannon seems impressed.

Bannon confirmed to Smith that he recorded 15 hours of footage of Epstein and encouraged him to talk to 60, but claimed it was all for a documentary:

He disputed Mr. Wolff’s characterization of the transcript, however. Mr. Bannon, who has made 15 documentaries, said that he “never media-trained anyone” and was recording the interview for a previously unannounced eight- to 10-hour documentary meant to illustrate how Mr. Epstein’s “perversions and depravity toward young women were part of a life that was systematically supported, encouraged and rewarded by a global establishment that dined off his money and his influence.”

This is not the first time the notorious political strategist and the late sex offender have been linked. Epstein’s butler claimed that Bannon visited the disgraced financier’s Paris apartment in 2018.