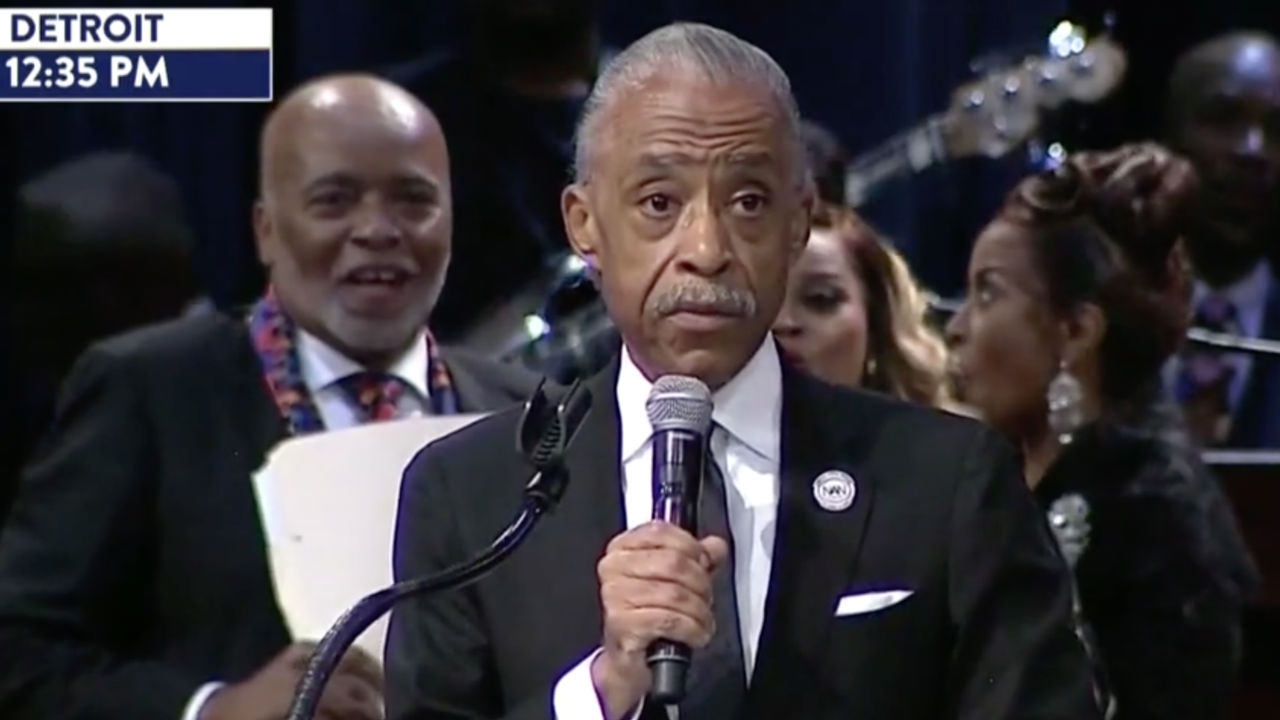 A number of Democrats running for president in 2020 have come out to defend Rev. Al Sharpton in light of President Donald Trump’s attacks. And Conservatives — and even some liberals — are not happy about it.

Early Monday, Trump called Sharpton a “racist” and a “con man” who “hates whites and cops.”

Conservatives, and even some others have been critical. Daily Beast senior editor Harry Siegel had some particularly stern commentary:

Siegel pointed out that Sharpton, along with President Trump, had once been chummy with boxing promoter Don King, who has been convicted of manslaughter:

The back story on Al Sharpton and Don King hanging with Donald Trump at parties and fights in Atlantic City (as told by Trump to Newfield to Barrett to Siegel) https://t.co/F8co98MCEn pic.twitter.com/W22XS3UYSV

The Beast’s senior editor added that anyone who supports Sharpton is either ignorant, insane, or mal-intended:

Anyone who sees Sharpton as an unalloyed and lifelong force for good is a) ignorant, b) insane or c) knows better and is playing into Trump’s game. https://t.co/4b8BaB7aJg

Conservatives generally called out Sharpton as a corrupt anti-semite, and voiced their disgust in anyone who supported him:

Al Sharpton is a race-hustling extortionist who launched his career calling for violence against Jews and peddling the lies of rape hoaxer Tawana Brawley. https://t.co/9cwEttZ2oT

Both @ewarren & @KamalaHarris recently praised Al Sharpton. Sharpton is a notorious bigot who has called for and incited violence against Jews. Obama mouthpiece @JGreenblattADL, head of the once relevant @ADL, hasn’t said a single damn word about it.

The sad part will be watching Elizabeth Warren sell her soul to Al Sharpton & then still get 2% of the black vote in the primaries.

Granted, it looks like shameful pandering but maybe Harris’s gratuitous defense of a shameless demagogue can be explained by the fact that prosecutors love snitches and Sharpton did a lot of snitching. https://t.co/gPM6AhGgYr

The Democratic Party’s willingness and eagerness to kowtow to one of the worst race-baiting charlatans and anti-Semites of the past few decades is a continuing stain https://t.co/WUiWo1ph96

Following up on my earlier tweet about the power of Trump’s tweeting: Trump attacks Al Sharpton this morning at 6am; Kamala Harris defends him at 9am; by noon the right is all-in on tying Sharpton around the neck of Democrats. Trump completely runs the show. https://t.co/XbpqAIwo61

Someone should ask Harris if Sharpton was fighting for “what’s right” when he provoked rioters to beat up religious Jews (people Al called “diamond merchants”). They ended up murdering Yankel Rosenbaum to the chants of “kill the Jew?” https://t.co/NSdmHVqagG

Dem candidates have a fee-vah and the only prescription is embracing Al Sharpton https://t.co/Z7lLUcrMl0