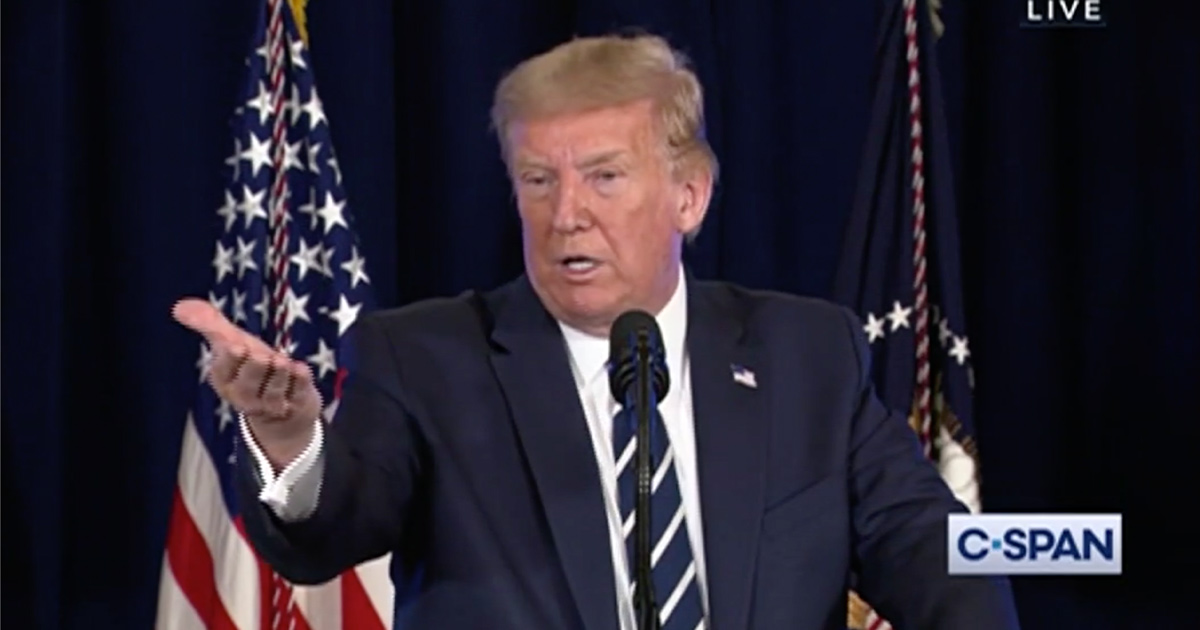 President Donald Trump on Saturday assured his base that they won’t be able to trust the election results, because they “will be a fraudulent mess” and said the actual winner may never be known.

It is hard to read that as anything but inoculation against his own losing, as the likelihood that Trump would question the veracity of a result with him winning is approximately zero squared.

Trump made the comments in a retweet of GOP spox Liz Harrington, who tweeted on Friday that Democrats insisting on mass mail-in voting “know it will be a disaster” and that they “know it will weaken confidence” in the results.

The Democrats know the 2020 Election will be a fraudulent mess. Will maybe never know who won! https://t.co/tEWKJ5NcUj

But weakening confidence doesn’t come off as an oversight or side effect in the president’s tweet, as some on Twitter note.

This is a mission statement. https://t.co/jkl2KHtHWZ

literally the only silverlining in any of this is that trump can’t help but broadcast exactly what he intends to do https://t.co/oABO9hmSos

The president also retweeted a thread from GOP communications director Michael Ahrens outlining in detail a mail-in voting “disaster” in New Jersey, and smacking CNN’s reporting on the topic.

EIGHT reporters contributed to this, not one included the disaster in Paterson, the 3rd largest city.

20% of ballots were thrown out, the (Dem) AG is prosecuting 4 people for fraud. https://t.co/I3AU4VTYHG

One woman said eight close relatives/neighbors insist they never received ballots, despite ballots being mailed in in their names. https://t.co/M09bCIRyPD

“We are not fabricating these stories,” said Ahrens in the thread. He followed that up on Saturday morning noting that, after he highlighted the problem, CNN’s Michael Smerconish referring to the thread as “complaints” from people over what “they perceive” to be problems.

Yesterday, I highlighted local news reports of election chaos in Paterson, NJ to show how little national media covers them.

Today, @CNN derided what I “perceive to be problems” with what happened.

20% of ballots were thrown out and people are going to jail! pic.twitter.com/6lu39vCTnb

Ahrens effort at highlighting those problems and Harrington’s tweet decrying the undermining of confidence in the election are obviously undermined by the President’s tweet, as is often the case with messaging crafted by the GOP and mangled by Trump.

In any case it’s out there. If there was a chance the Trump base would believe the results of an election he doesn’t win, it’s hard to see that chance remaining.