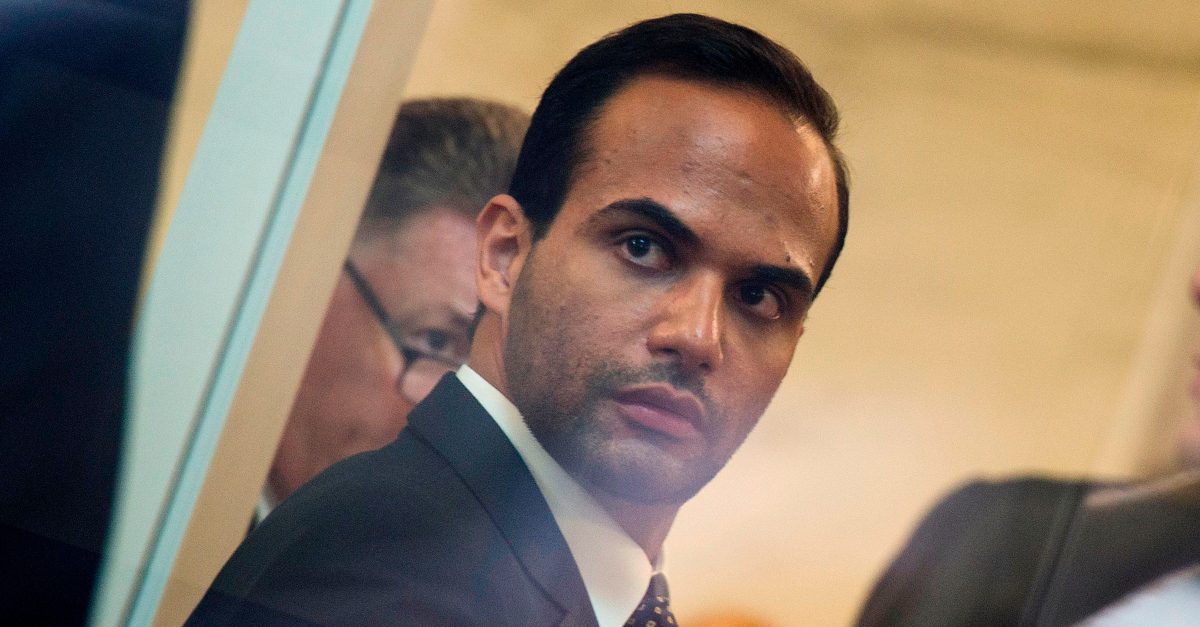 The official Twitter account of President Donald Trump’s former 2016 campaign adviser George Papadopoulos went haywire on Tuesday, issuing and then deleting a statement apologizing to his wife Simona Mangiante over his mother’s “disgusting public allegations” five times in a row.

Daily Beast reporter Lachlan Markay first spotted the bizarre activity on Papadopoulos’ account, which had at that point posted and deleted the statement three times.

“Need to apologize to my wife for the disgusting public allegations of my mother @KPapadopouloss,” declared Papadopoulos in the statement. “Also to @TomArnold for having been accused of such vulgarities. Despicable and shameful.”

An account seemingly belonging to Papadopoulos’ wife then posted a screenshot of the deleted statement, along with the comment, “Thanks. Hope @KPapadopouloss will have the decency to cease her public defamation. I feel for you my dear husband @GeorgePapa19 that she embarrassed your name. God bless her.”

Thanks. Hope @KPapadopouloss will have the decency to cease her public defamation. I feel for you my dear husband @GeorgePapa19 that she embarrassed your name. God bless her pic.twitter.com/QCNMtmzH7U

I apologize to @TomArnold as well for having be dragged in such a vulgar lie to attack me. If @GeorgePapa19 mother had the heart to come to see her son to Wisconsin in prison she would know you were not even there. Sad. pic.twitter.com/zSdoyjkXad

I’ve been shamefully fascinated by this kayfabe for over a year and I still don’t understand anything about what it’s supposed to be about https://t.co/XkP1jqJiH2

Papadopoulos spent two weeks in jail in 2018 for lying to the FBI, and has since been at the center of a bizarre family feud.

According to journalist Davis Richardson, Papadopoulos’ family even reported his own wife to ICE.

“George’s relationship with his family has deteriorated amid an escalating bloodline feud, which now appears to be spilling out into the public square,” wrote Richardson for the Observer in 2018.

In the article, an unnamed “close relative” to Papadopoulos told Richardson, “Simona has destroyed George’s relationship with his family… She has been physically and mentally abusive. Successfully isolating him from all his friends and family. Only his half-sister now has a relationship with him but at one point she had stopped speaking to him.”