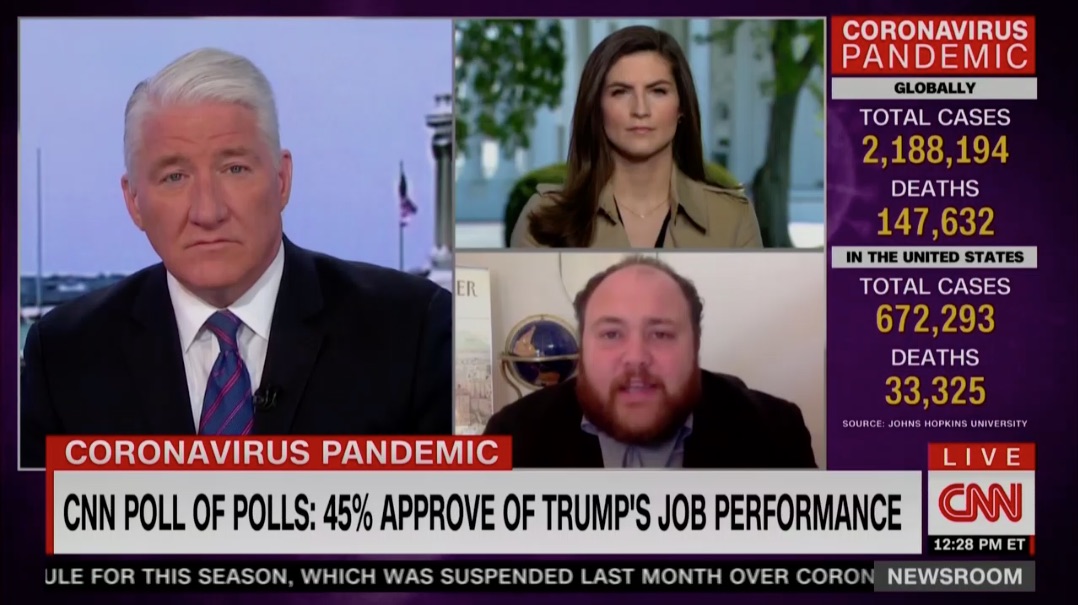 CNN claimed a daytime ratings victory on Friday in the coveted 25 –54 age demographic, largely by riding a five-hour-long afternoon winning streak. Fox News, however, continued to dominate during prime time in both overall and viewers in the demo.

In prime time, Fox News continued its trend of strong victories with 4.09 million overall and 765,000 in the demo, far outpacing rivals CNN (2.01 million; 565,000) and MSNBC (2.23 million; 307,000). However, Fox News’ primetime performance wasn’t as muscular as earlier in the week, as there were markedly fewer viewers tuning into to see Trump’s daily White House coronavirus briefing on Friday (4.82 million; 916,000) than Thursday, which had pulled in an astounding 6.4 million overall and 1.29 million in the demo.

Friday’s ratings were also an example of how Trump-focused the briefings can be for Fox News’ audience. That night’s 7 p.m. hour, which typically experiences a dip in viewer interest, barely had any fall-off in overall viewers and actually saw a bump in the demo compared to the briefing’s first hour (6 p.m.: 4.81 million, 916,000; 7 p.m.: 4.78 million, 1.050 million), which tracked Trump’s early departure from the briefing room on Thursday and return an hour later for questions from the press.