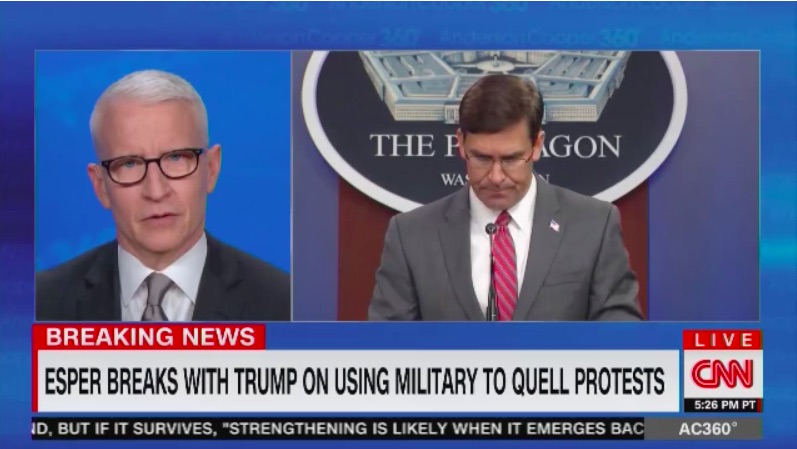 CNN once again took the daytime and prime time ratings titles in the coveted 25-54 age demographic on Wednesday. It also achieved its sixth straight daily victory in total day and prime time in the demo, a win streak that it hasn’t matched since the weeks just after the 9/11 terror attacks in 2001.

Its surging ratings come amidst a massive, cable-wide rise in viewer interest, as the country faces overlapping national crises and is now in its second week of nationwide protests over the alleged Minneapolis Police murder of George Floyd.