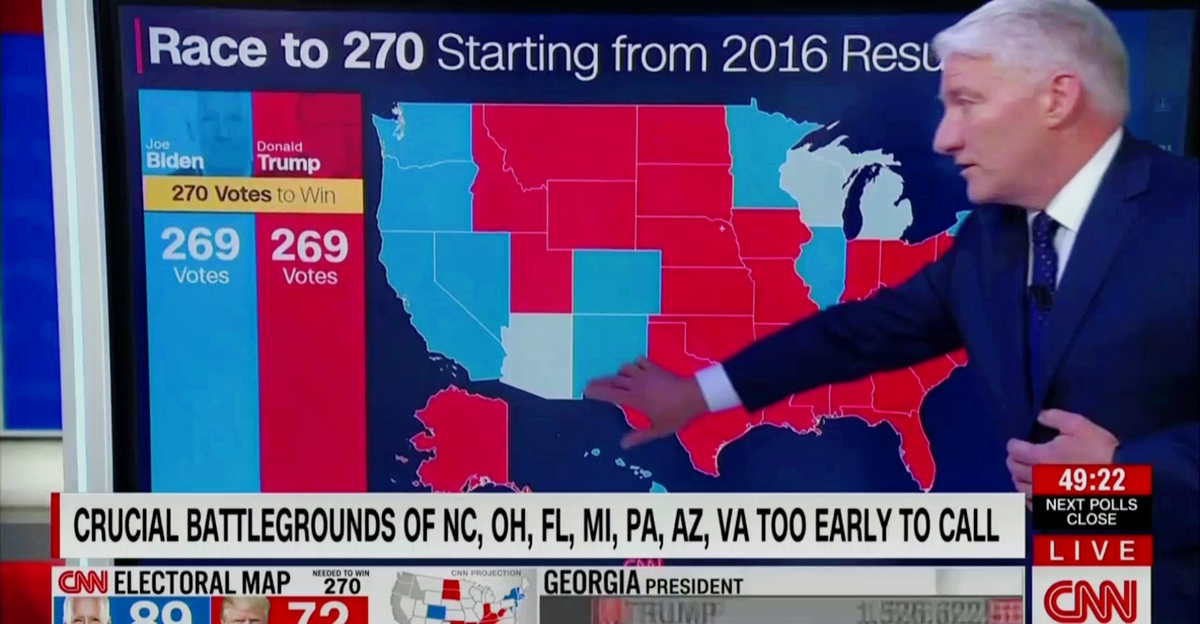 Nearly 50 million people watched Election Night on the cable news and broadcast news networks during prime time, according to early numbers from Nielsen.

The big winners: Fox News, which was the most watched network of the night, and notched the highest-rated broadcast of Election Night in cable news history. CNN came in second, besting MSNBC and the rest of the broadcast networks.

NBC News noted in a press release that across NBC and MSNBC, the news organization drew 13.4 million viewers.

Viewership in the advertiser-coveted 25-54 demographic the ranking was similar.