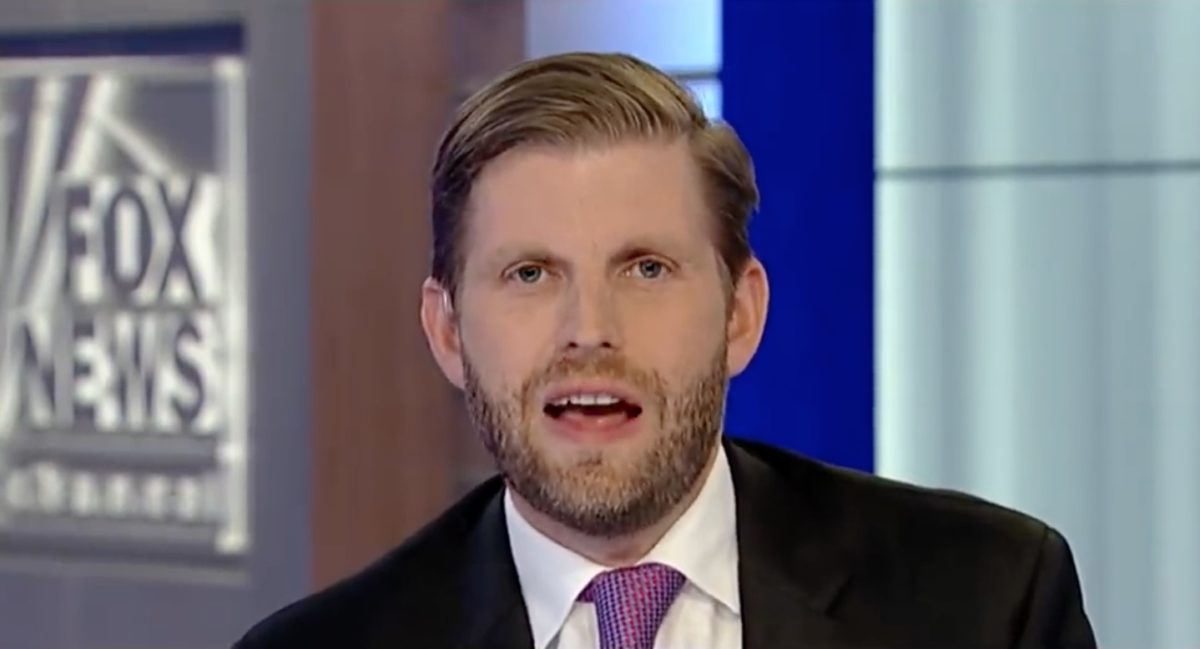 An employee at a Chicago restaurant was taken into custody by the Secret Service on Tuesday night for allegedly spitting on Eric Trump.

Mary Ann Ahern — a correspondent for WMAQ, the NBC station in Chicago — reported that the incident occurred at The Aviary, where a woman was confronted by Secret Service afterwards.

Police presence outside Aviary after alleged incident between an employee and Eric Trump around 8:30pm pic.twitter.com/1oIiVfsiKj

Two employees at the Aviary told the Chicago Sun-Times that the offense was committed by a hostess, but said they did not witness the incident themselves. While police haven’t said much on the incident specifically, Chicago police spokesman Anthony Guglielmi confirmed his department “assisted the Secret Service with a law enforcement matter.”

CPD was on scene and assisting the United States Secret Service with a law enforcement matter. Any and all inquiries regarding a federal protectee must be directed to the Secret Service. https://t.co/ecq5TaMiQ0

The president’s son offered this statement on the incident to Breitbart, apparently taking a swing at Democrats:

“It was purely a disgusting act by somebody who clearly has emotional problems. For a party that preaches tolerance, this once again demonstrates they have very little civility. When somebody is sick enough to resort to spitting on someone, it just emphasizes a sickness and desperation and the fact that we’re winning.”