The new issue of TIME magazine features married couple Pete Buttigieg and his husband Chasten. The Mayor of South Bend, Indiana is the first openly gay presidential candidate and has had a surprising early run for the 2020 Democratic nomination, currently sitting in the top five candidates in the most recent polls.

The cover line offers a clever double entendre of “First Family” (presumably because he is the first openly gay candidate), with a sub-headline that reads “The unlikely, untested and unprecedented campaign of Mayor Pete Buttigieg.” 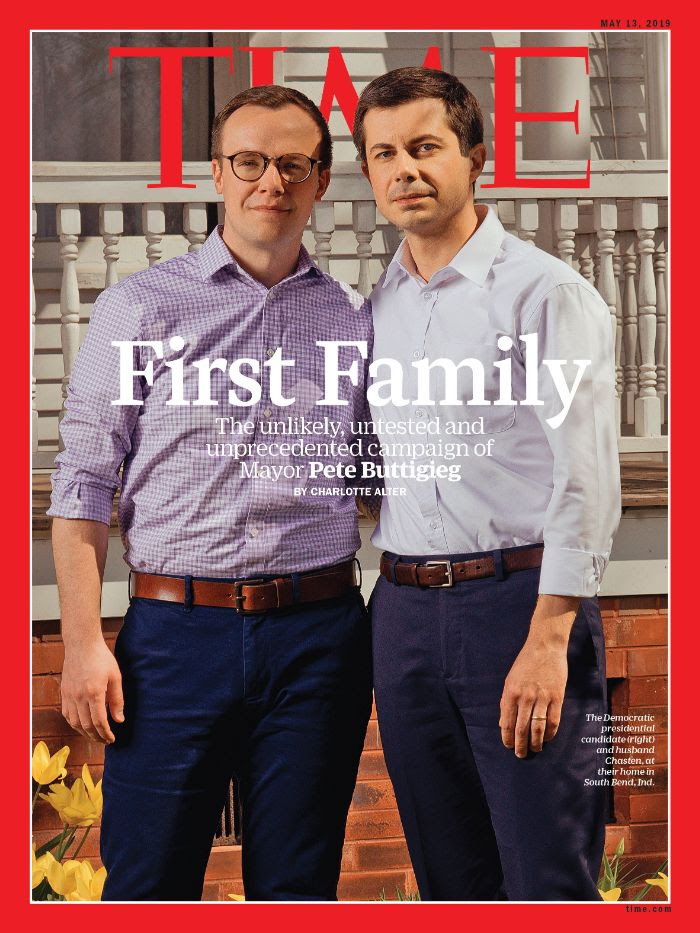 Mayor Pete’s candidacy was something of a punchline when he first announced, as small-town mayors are not typically considered presidential material, and many in the media did not take him seriously. However, evidenced by the magazine cover above, Buttigieg has become something of a media darling, earning praise for his thoughtful, intellectual and dispassionate demeanor that has set him apart from his fellow candidates.