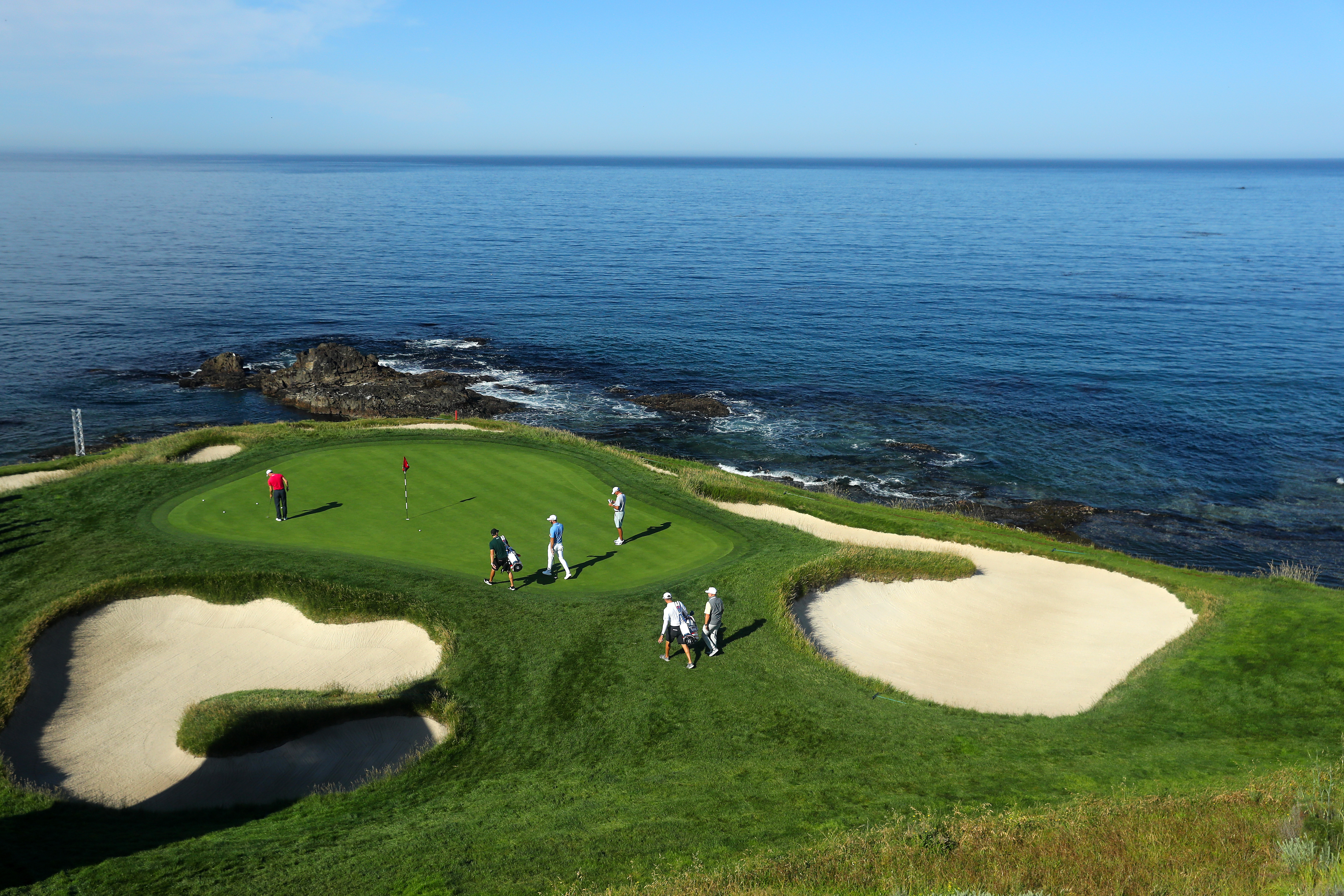 Pictured above is one of the most famous and visually arresting golf holes in the world — the 7th at Pebble Beach Golf Links in Pebble Beach, CA. But for all of its beauty, this short par-3 has plenty bite. And so too do the other 17 holes which will decide the 2019 U.S. Open.

Yes, golf’s national championship returns to its most storied venue. A venue at which the likes of Jack Nicklaus, Tom Watson, and Tiger Woods have all previously triumphed. Tiger is looking for a repeat of historic 2000 conquest this week. But, of course, a 15 stroke win seems rather improbable at this stage of his career. Still, he’s very much a threat this week, fresh off his remarkable Masters victory in April.

The favorite, though, has to be Brooks Koepka — the two-time defending U.S. Open champion. Koepka, save for a few back nine Sunday hiccups, absolutely dominated the PGA Championship at Bethpage last month. He seems to be in prime form as he looks for his third straight U.S. Open crown.

Television coverage is already underway. It began at 12:30 p.m. ET on Fox Sports 1, the network which will carry the first seven hours, before FOX takes over at 7:30 p.m. ET for the rest of the day. There are two streaming options for the Open. The first is Fox Sports Go, which requires a cable subscription. The U.S. Open’s official site offers a viable option for cord cutters, although they won’t have full coverage. That site will have coverage of several featured holes and groupings.