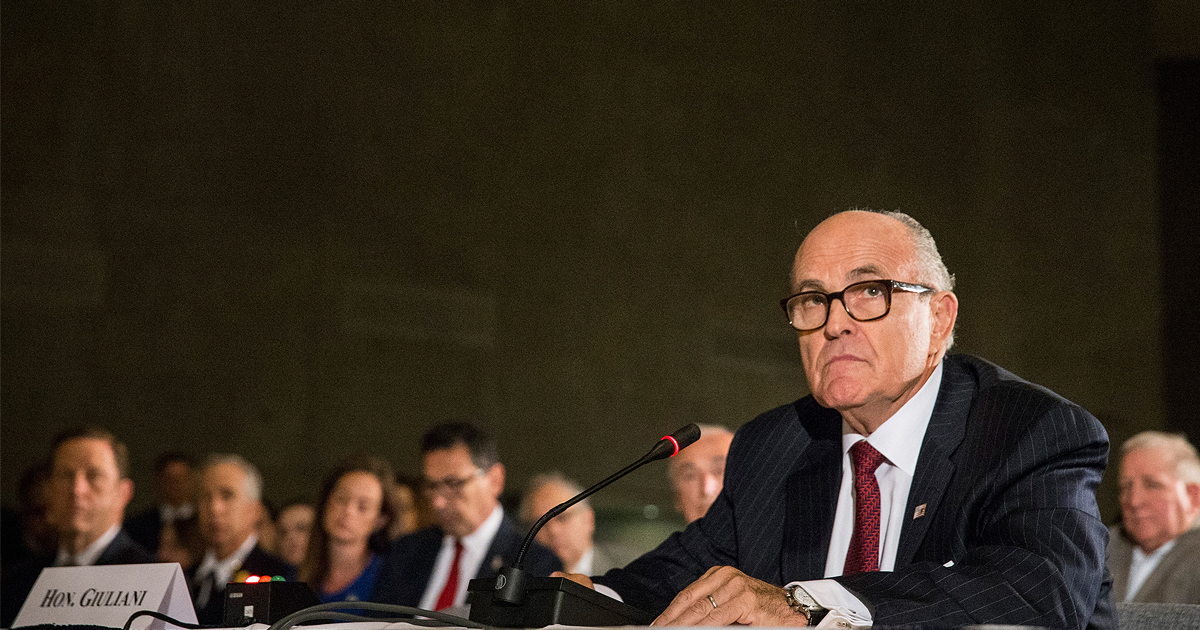 The new indictment of two Rudy Giuliani allies assisting his Ukraine investigation alleges they coordinated with a sitting congressman to get the ambassador to Ukraine recalled.

The indictment states that Lev Parnas and Igor Fruman coordinated with a “Congressman-1” to help facilitate the ousting of then-Ukraine Amb. Marie Yovanovitch. President Donald Trump also reportedly ordered the removal of Yovanovitch after Giuliani complained she was interfering in his work to dig up dirt on Trump’s political rival Joe Biden.

In 2018, “Parnas met with Congressman-1 and sought Congressman-1’s assistance in causing the U.S. government to remove or recall the then-U.S. ambassadors to Ukraine.” pic.twitter.com/70yQT28Dvg

Although the congressman is unnamed in the indictment, reporting all but confirms it is referring to former Rep. Pete Sessions (R-TX). Sessions lost his seat to Democratic Rep. Colin Allred in 2018, but is running to replace retiring Republican Rep. Bill Flores in 2020.

In 2018, Sessions sent a letter to Secretary of State Mike Pompeo calling for Yovanovitch to be fired. The Daily Beast reported earlier this week that Sessions received millions of dollars in support from a pro-Trump super PAC that received over $300,000 from an energy firm run by Parnas and Fruman.

Parnas and Fruman also personally donated the legal maximum amount to Sessions campaign and personally met with him in May – the same month Parnas posted about meeting with Donald Trump Jr. for breakfast. Sessions has previously said he was not acting at the behest of anyone when he called for Yovanovitch’s firing.

Parnas and Fruman have been accused of violating campaign finance laws.  Both men have been aiding Giuliani’s efforts to dig up dirt on Joe Biden for Trump.