Amash After Mueller Comments: Ball is in Our Court, Congress

GOP Rep. Amash Doubles Down on Trump Impeachment After Mueller Speaks: ‘The Ball is in Our Court’ 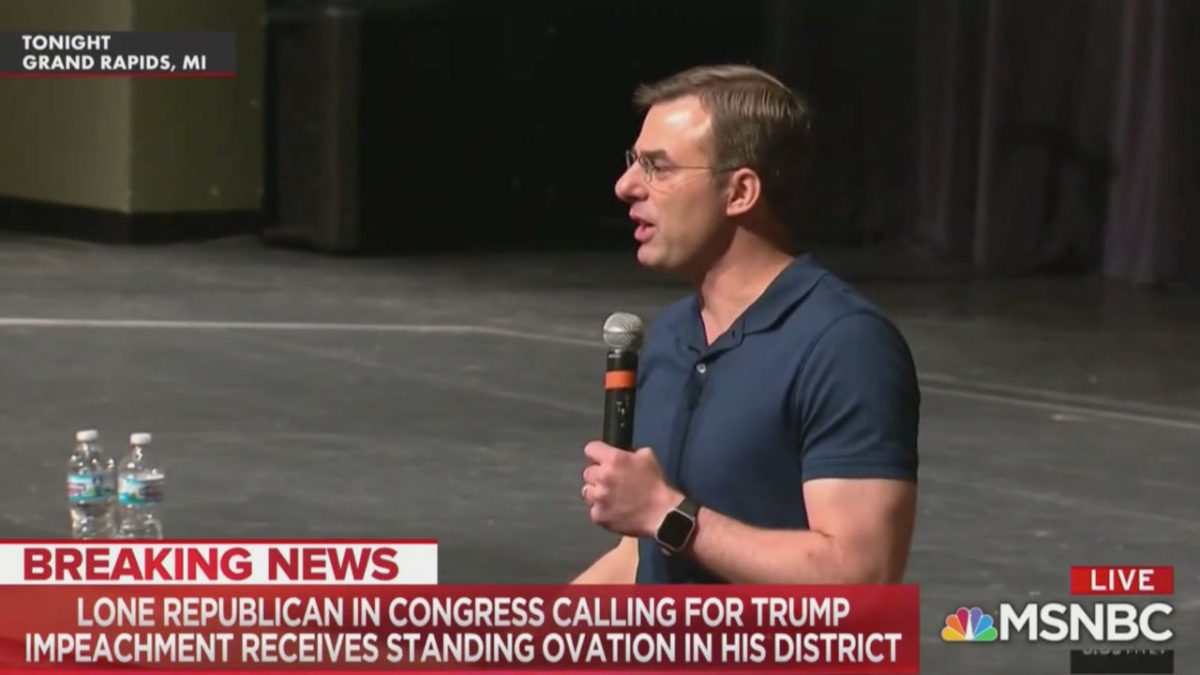 Rep. Justin Amash (R-MI) reacted to Special Counsel Robert Mueller’s first public comments on his report into 2016 election interference by doubling down on his call to begin an impeachment inquiry into President Donald Trump.

The ball is in our court, Congress. https://t.co/idpQo1xItH

Amash said “the ball is in our court, Congress,” quote-tweeting Mueller’s statement that he declined to charge Trump with obstruction due to Department of Justice guidelines.

Amash remains the only Republican congressman to support impeachment against Trump, a move that isn’t even supported by Democratic leaders like House Speaker Nancy Pelosi.

On Wednesday morning, Mueller made a rare public appearance to comment on his report into Russian interference in the 2016 election and on obstruction allegations against Trump.

“If we had confidence that the president clearly did not commit a crime, we would have said so,” Mueller said.

Amash held a lengthy town hall in Grand Rapids, Michigan on Tuesday evening that largely concerned his calls for impeachment. Amash said then that anyone who reads Volume II of the Mueller report — which focuses on obstruction of justice — “will be appalled.”

UPDATE: Republican National Committee chairwoman Ronna McDaniel responded to Amash’s tweet, accusing him of grandstanding and calling on him to help pass a list of legislative issues favored by Trump, like the passage of the USMCA trade deal and infrastructure.

You’re right, Justin. Instead of grandstanding, there’s a LOT of work Congress (you) can do.