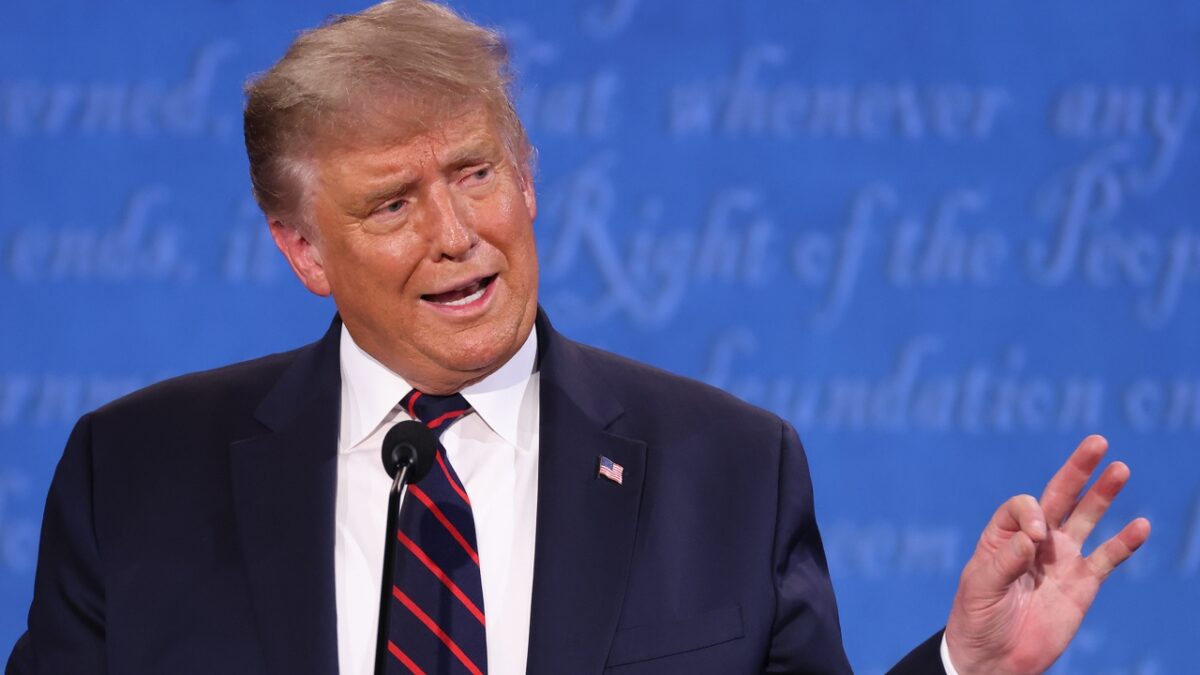 Former President Donald Trump tested positive for Covid-19 before a debate with his 2020 opponent Joe Biden, according to a forthcoming book from former White House Chief of Staff Mark Meadows.

A subsequent negative test followed, but this newly revealed bit of information raises legitimate questions about the transparency of the former president’s health during the Trump administration. Three days after the debate, Trump was admitted to Walter Reed Hospital due to Covid-19.

This rather stunning detail from the fall of 2020 was first reported by The Guardian from an advance copy of The Chief’s Chief, Meadow’s new book set for release on December 7. Writing for The Guardian, Martin Pengelly reports:

Mark Meadows also writes that though he knew each candidate was required “to test negative for the virus within seventy two hours of the start time … Nothing was going to stop [Trump] from going out there”.

Trump, Meadows says in the book, returned a negative result from a different test shortly after the positive.

Nonetheless, the stunning revelation of an unreported positive test follows a year of speculation about whether Trump, then 74 years old, had the potentially deadly virus when he faced Biden, 77, in Cleveland on 29 September – and what danger that might have presented.

Trump announced he had Covid on 2 October. The White House said he announced that result within an hour of receiving it. He went to the hospital later that day.

On Saturday, September 26th, Trump hosted a Rose Garden event for then-Judge Amy Coney Barrett as she became the next Supreme Court Justice. Virtually no masking or social distancing occurred at this event which was later deemed a “superspreader event” due to the number of individuals who were infected after.

According to Meadows’ book, Trump first tested positive before the negative test. The very next day, Trump attended an indoor event with Gold Star families.

The first presidential debate was on September 29th, but Fox News Chris Wallace who moderated the debate revealed that Trump was not tested at the debate because he arrived late and they allowed him on stage because they were relying on the honor system. Trump then tested positive, according to his doctor. Friday, the 2nd he went to the hospital in the evening.