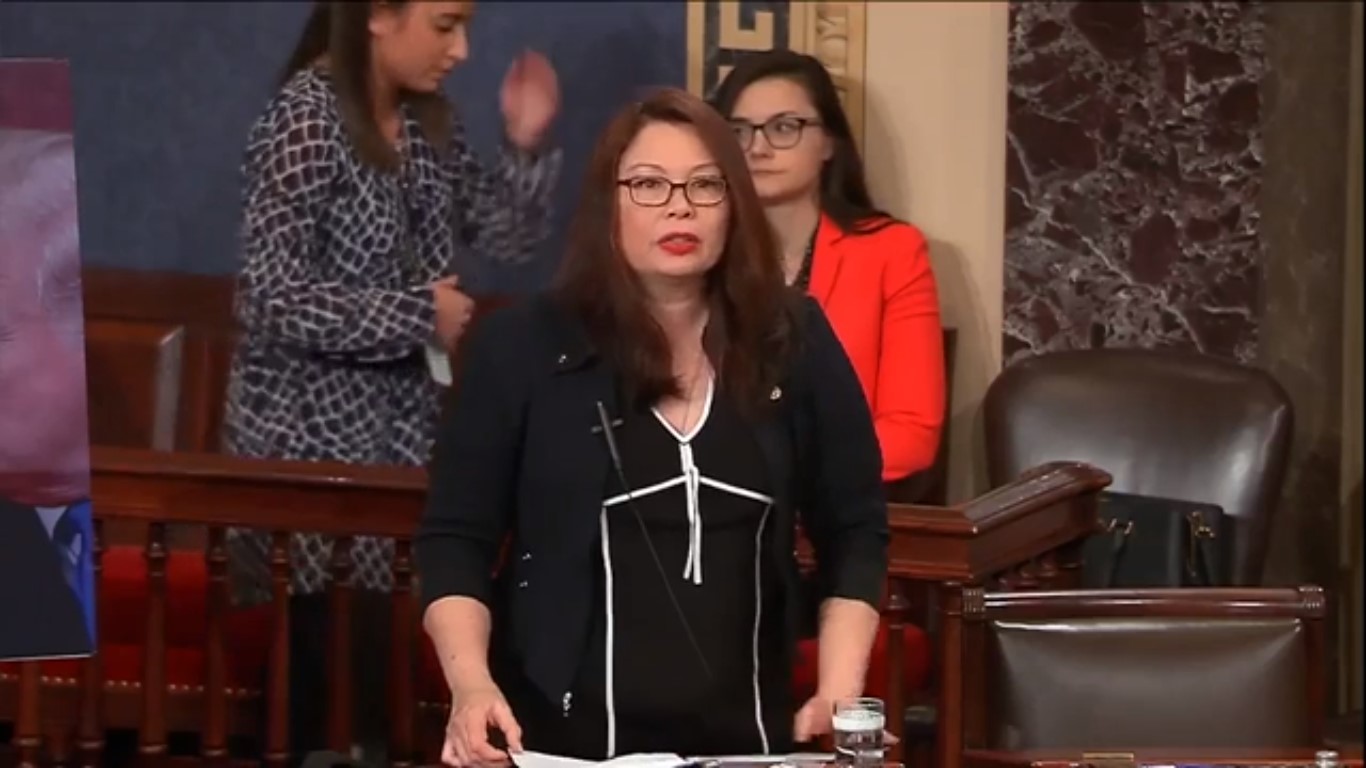 Senator Tammy Duckworth of Illinois, who is a retired US Army Lieutenant Colonel, savaged President Donald Trump on the Senate floor by referring to as a “draft dodger.”

The slam came up as a response to the president blaming Democrats like Duckworth for the federal government shutdown that went into action last night, specifically attacking them for “holding our Military hostage” due to the funding cut off.

However, the junior Illinois senator was not having any part of the president’s blame game.

As reported by The Hill, Duckworth stated the following on the Senate floor today:

“Does he even know that there are service members who are in harm’s way right now, watching him, looking for their commander in chief to show leadership, rather than [trying] to deflect blame? Or that his own Pentagon says that the short-term funding plans he seems intent on pushing is actually harmful to not just the military, but to our national security? … Sadly, this is something that the current occupant of the Oval Office does not seem to care to do — and I will not be lectured about what our military needs by a five-deferment draft dodger.”

Additionally, the senator came up with a brutal nickname for Trump.

“And I have a message for cadet bone spurs: If you cared about our military, you’d stop baiting Kim Jong Un into a war that could put 85,000 American troops, and millions of innocent civilians, in danger,” she said.

Duckworth also went after Trump on his communication method of choice, tweeting, “I will not be lectured about what our military needs by a five-deferment draft dodger.”

I will not be lectured about what our military needs by a five-deferment draft dodger. https://t.co/gR3EbhGxBs