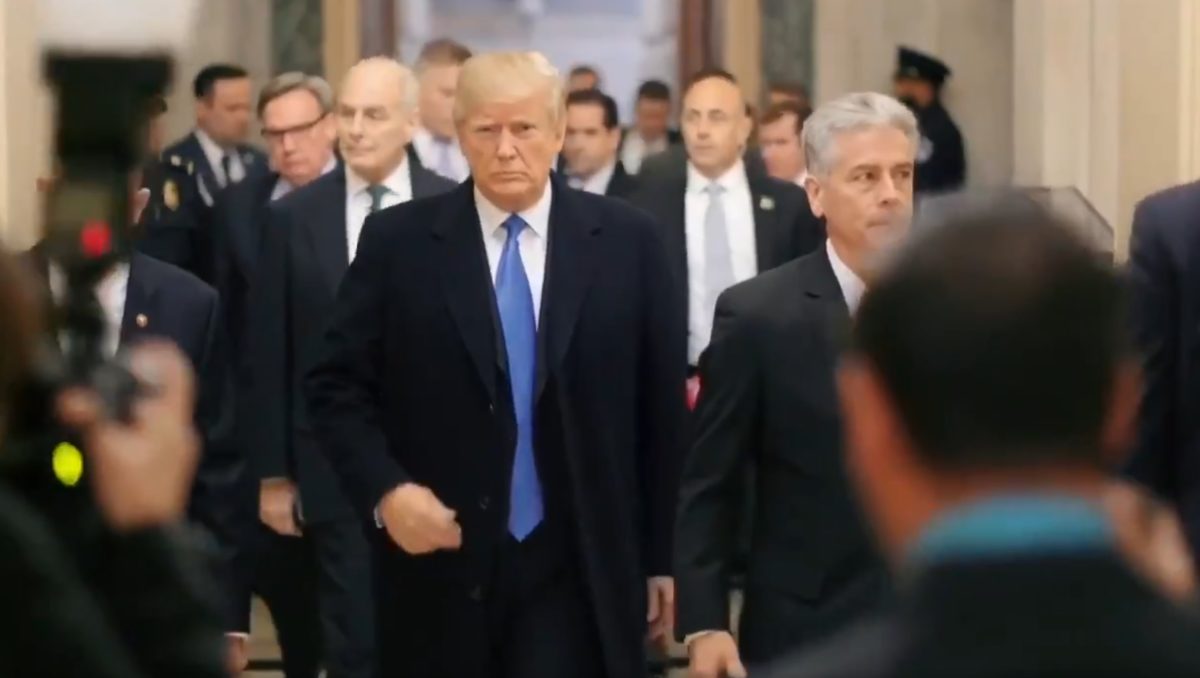 President Donald Trump was booed by a stadium full of people once again as Washington Nationals fans came together to watch game seven of the World Series.

Even though the president didn’t make a personal appearance at Nationals Park like he did for Game 5, the Trump campaign ran an ad touting his accomplishments and bashing Democrats.

Game 7 World Series ad, 1 year out. #WeAreComing and fighting for the forgotten Americans.

“He’s no Mr. Nice Guy, but sometimes it takes a Donald Trump to change Washington.” pic.twitter.com/DSqh6RpaGt

Game 7 took place in Houston on Wednesday night, but Nats fans gathered at their home stadium to watch the broadcast on the scoreboard, and they jeered at the president when the ad ran.

Trump just showed up in a commercial on the big screen at Nats Park… a few more boos hurled his way… (@wusa9) #WorldSeries #STAYINTHEFIGHT pic.twitter.com/sDc7fobAHl

I caught the tail end of it pic.twitter.com/QYnpriy99M

People booed the hell out of that Trump 2020 ad just now at the watch party at Nats Park. I love my hometown. #STAYINTHEFIGHT pic.twitter.com/rwtkSPZBG4

A Trump commercial just played at the viewing party at Nats stadium and everyone booed it #LetsGoNats #FINISHTHEFIGHT pic.twitter.com/Sbo9GgfM5Q

For those keeping score…

The disdain for the president from Nats fans didn’t stop there, however. An awkward TV moment happened after the game when a local reporter spoke with fans celebrating their win, one of whom got on camera to air his thoughts about “this a**hole in the f*cking White House right now…”